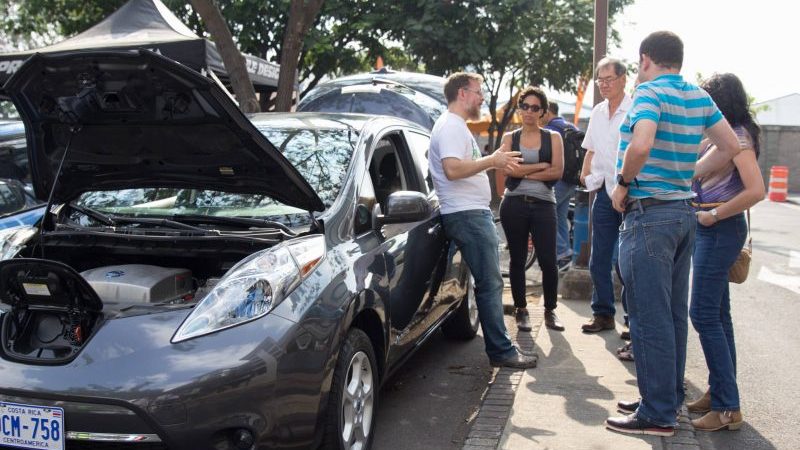 Riding atop one of the world’s greenest electrical grids, Costa Rica is now aiming for the next logical step: having the cleanest transport system on the planet.

Internationally hailed for meeting over 98% of electricity demand from renewable sources two years in a row, the central American republic is miles ahead of most nations – developing or industrialised – on the allegorical road to a carbon-free future.

But on the actual road, fossil-fuelled vehicles prevail. With clean electricity sorted by its natural abundance of hydroelectricity and geothermal resources, Costa Rica’s dirty transport is taking centre stage in its climate policies.

“Our electricity generation is almost unique and we should be making use of it in our transport system,” says Jairo Quirós, an electrical engineer with the Universidad de Costa Rica. “I believe it’s possible.”

With over 1.5 million vehicles for 4.7 million inhabitants, transport is responsible for more than half (54%) of Costa Rica’s CO2 emissions and the driving force behind its oil demand.

Public institutions, civil society and young professionals like Quirós in the so-called greenest country in the world are hoping to upend a deeply-rooted system with an old trick: be visible.

After working with the electric vehicle project “My Electric Avenue” as part of his post-doctorate research at the University of Manchester, the engineer understands the challenges and opportunities a country like his faces when trying to reinvent transportation.

You need early adopters, he says, and they require both alluring incentives and sufficient information about what they’ll get from an electric vehicle.

Since 2006, hybrid and electric cars have been partially exempted from import taxes, but Costa Ricans have been leery of the new technology. Fewer than 1,000 EV and hybrid vehicles have entered the country in the past decade.

Public institutions are seeking to boost these numbers. The national energy company ICE is ordering 100 fully electric vehicles by year’s end and 124 more are coming from other state-owned entities. They want people to see them, so they’ll be branded with big flashy EV-signs.

“Our goal is to encourage the general public [to buy EVs], while fostering an electric vehicle ecosystem with locally produced and clean energy,” says Javier Orozco, planning chief at ICE, which generates 65% of Costa Rica’s electricity and has sole control of its distribution.

ICE will put the contract out for tender later this year and will ask the winning bidder, which must be a local car dealership, to include electric vehicles in their showrooms and repair facilities.

This way, Orozco hopes that other public and private companies and the wider public will dare to take the leap. He claims the grid will be able to supply enough clean electricity to power this shift.

Many have taken this approach, like economist-turned-activist Monica Araya, a graduate from Yale University who has led the push from her NGO Costa Rica Limpia.

“If my family has an electric car, I can change my mom’s mind and my husband can talk his brother into buying one,” says Araya, a former climate negotiator at UN talks.

But Araya and others say switching private vehicles is the easy part. Any strategy to green Costa Rica’s transport must also take on its wide-ranging but unreliable network of public buses.

“As much as I love electric cars, the solution won’t come from them. You need electric public transport,” says the engineer Quirós.

This has been a roadblock for many years, as Costa Rica’s bus routes are awarded on 7-year licenses to private companies infamous for their unwillingness to modernize.

After the last renewal of their contracts in 2015, the government demanded buses must comply with the emissions standard Euro III or higher – a level imposed in the EU in 2000. It was a small victory, but the fleet is still a long way from clean. 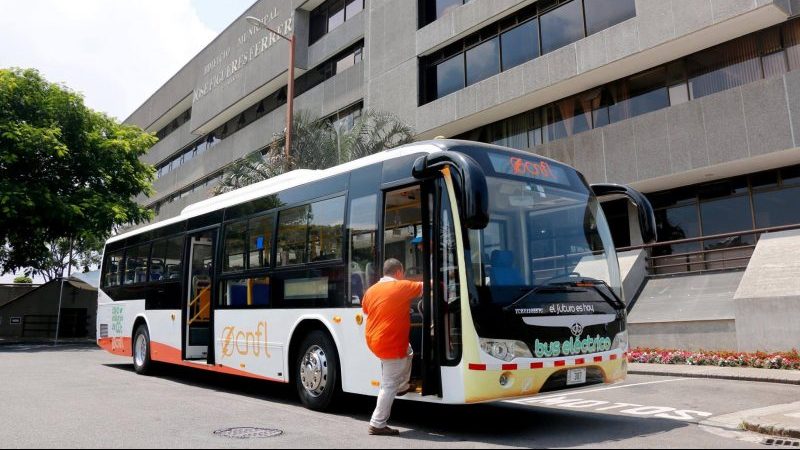 With one year left in office, the minister for environment and energy has asked Germany to donate five electric buses so he can lend them to the licensees.

“If I can prove this technology does work and save money, you can be sure that within five or ten years we’ll have electric buses,” says minister Édgar Gutiérrez, a lead author on the UN climate science panel’s last report.

Support for this agenda may also come from Congress, where a small group of lawmakers have presented a wide-ranging bill.

The proposal calls for further tax breaks on EV imports, orders public institutions to shift a portion of their fleets to electric models, creates a country-wide network of charging stations and demands that any future bus licenses consider electric bids first.

“We don’t face the same challenges as other countries, as our electricity already comes from renewable sources,” says congresswoman Marcela Guerrero, who presented the bill. “By solving our transport system, we will move past fossil fuels without having to worry about electricity.”

It has been identified as a priority for debate by lawmakers from the ruling party, but is up against lobbying from car dealers.

A separate proposal calls for Costa Rica to ban the import of cars running on oil by 2030. Both are expected to be discussed before the next election in May 2018.

The country has had a moratorium on fossil fuel exploration and exploitation in place since 2012 and running until 2021, when it can be renewed.