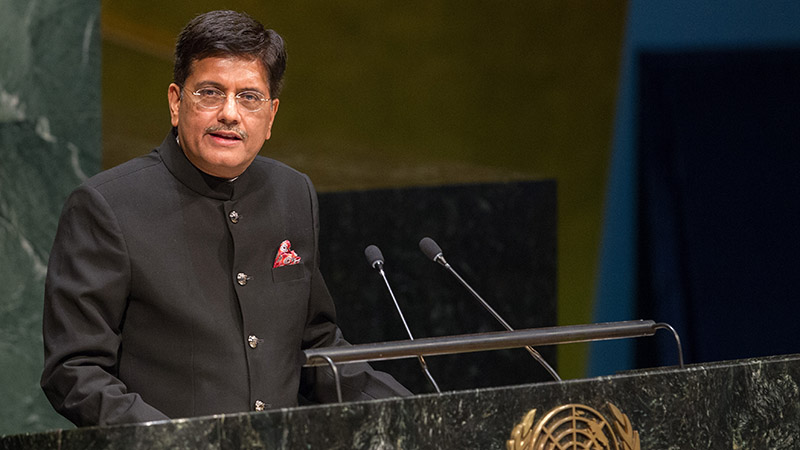 India’s energy minister says the new US government will have no impact on his country’s renewable power plans, with investors queuing up to support new wind and solar projects.

“Irrespective of what other countries do or do not do, India stands committed to being part of green energy,” he said.

India will generate 53% of its electricity from non-fossil fuel sources by 2027 under a plan released by the Central Electricity Authority (CEA) in December 2016.

In 2015, prime minister Narendra Modi’s government said it would install 100 gigawatts of solar power by 2022; the new CEA report indicates a further 100GW will also be added to the pipeline.

“Frankly, I don’t see any strength of challenge to getting finance for these programmes. Gone are the days when governments had to grapple with subsidies,” said Goyal.

“You don’t need to convince investors anymore – it is really in their own interests. It makes good economic sense to invest in energy efficiency and clean energy.”