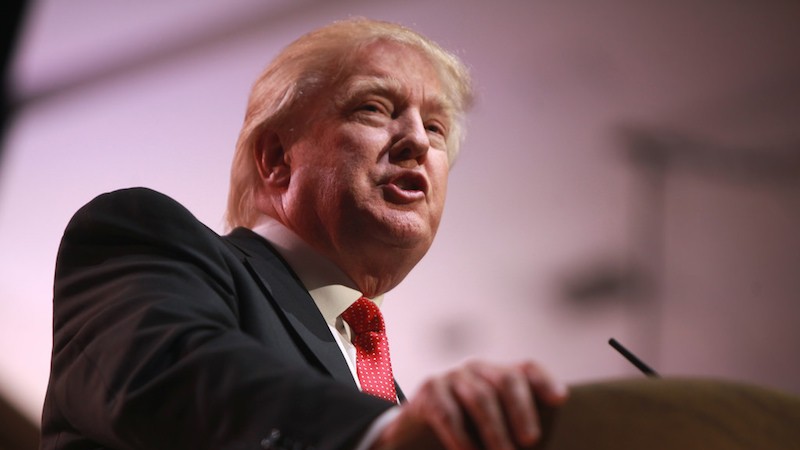 By noon Washington local time on Friday the riches to riches story of Donald John Trump will go from modern day capitalist fairytale, to as real as it gets.

In what we are told will be a ceremony marked by “soft sensuality”, the 45th presidency of the United States will commence.

Levity aside, Trump’s inauguration marks the beginning of a worrying time in the US and across the world. Rumblings of war have begun already in China. The public appetite for populism and the desecration of facts mark a step backwards on the journey to build a safer world.

Climate change has been and always will be about the poor. Fundamental values of justice that underpin international dialogue will be challenged by the rise of this billionaire president with a might-is-right credo.

Can the international compact that produced the Paris accord on climate change hold? The soon-to-be president has shown little inclination to cooperate with any foreign power – except Russia.

Trump’s cabinet, should they all be confirmed, are openly adversarial toward the climate agenda. Meaning that both home and abroad, Barack Obama’s painfully small gains will be exposed to relentless attack.

Expect violent protests, police repression and rage on the streets of Washington and across the US, pictures of cheering Muscovites to be broadcast on state-run TV and somewhere in a darkened room some Climate Home staff will be drinking heavily.

(January 20 is also Martyrs’ Day in Azerbaijan, so a good day all round for strongmen with a victim complex.)

Scientists plead with May
Climate scientists from the UK have written to their prime minister urging her to confront Trump on his climate scepticism and rumours he will slash climate funding. “This would diminish the provision of robust and rigorous evidence that is used by policy-makers and researchers around the world,” said the 100 researchers.

Before Trump takes the stage and the White House, the US senate will continue the sober, serious work of grilling Trump’s nominees for office. Vital climate positions at interior, energy and the Environmental Protection Agency (EPA) are all headed for climate sceptics and they are all up against their senate committees this week.

Senate committees are the gatekeepers for presidential appointees. They vote on whether the nomination will proceed to the full senate. Nominees that reach the senate floor require a simple majority to be confirmed. After the election the Republicans hold a narrow majority of 52 out of 100 seats.

“Davos Man” Mark Carney will be back in the Swiss Alps at this year’s World Economic Forum – which runs from Tuesday to Friday – to continue his top tier climate crusade. Al Gore and Christiana Figures will also be in Davos hosting an emergency meeting on the wildly changing Arctic region. Environmental issues are set to dominate at this year’s meeting.

Chinese president Xi Jinping will be the first Chinese leader to attend the meeting, signalling China’s intent to grasp the global economic and political initiative while the US moves towards protectionism.

The annual meeting of the International Renewable Energy Agency kicked off over the weekend, with a specific focus on the need to invest in new ways to store electricity, “a game changer for growing variable renewable energy generation” a new report says.

According to IRENA, battery storage for electricity could increase from less than 1 GW today to 250 GW by 2030.

“Achieving universal electricity access by 2030, will require us to boost global power generation — nearly 60 per cent of that will have to come from stand-alone and mini-grid solutions,” said IRENA Director-General Adnan Amin.

“Meeting this aim with off-grid renewables depends on the right combination of policies, financing, technology and institutional capacity.”

Global oil markets are in for a bumpy ride through 2017, the head of the International Energy Agency (IEA) told Reuters on Sunday.

“I would expect that we will see a rebalancing of the markets within the first half of this year,” Fatih Birol said, speaking on the sidelines of the IRENA meeting. “The name of the game is volatility.”

“I expect the US shale oil will go back to increasing production this year,” Birol added.