Why Trump presidency may not herald climate catastrophe

Leading climate economist says environmentalists should be alert but not pessimistic over the impact of Trump’s presidency, reports the Guardian 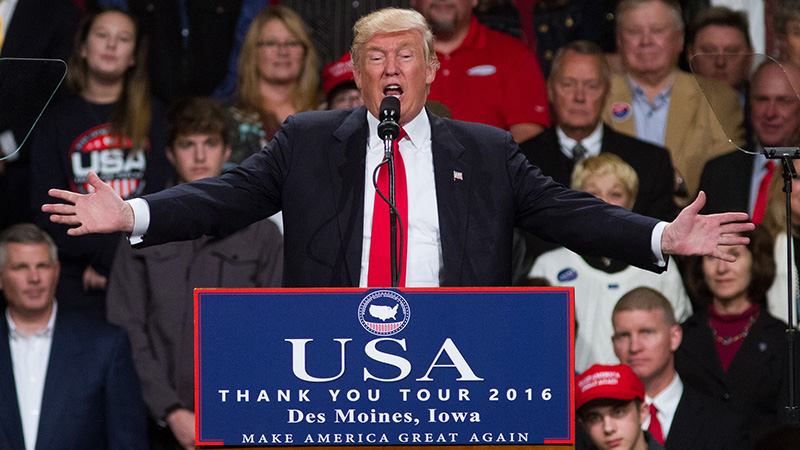 The impact of Donald Trump’s presidency on the environment may not be as catastrophic as some fear, says leading climate economist Lord Nicholas Stern.

The cross-bench peer said that while it was difficult to predict what Trump would do in office, those worried that Trump’s leadership spelled disaster for the planet should focus on the good things he has said on climate change rather than dwelling on the bad.

“I think the right thing to do in the circumstances is to pick up on the good things that people say,” said Stern. “To try to suggest to them that their thinking is sound on this subject … not focussing on the contradictions.”

One example was Trump’s statement to the New York Times last month that there was “some connectivity” between human actions and climate change, a shift from his previous claims that climate change is a hoax perpetuated by the Chinese to damage the US economy.

Environmentalists, green NGOs and scientists have so far been pessimistic about the prospects of a Trump administration, with one prominent climate scientist saying a Trump presidency “might be game over for the climate” and another, Prof Kevin Trenberth, from the US National Center for Atmospheric Research calling his election “an unmitigated disaster for the planet”.

There has also been a surge in donations to US green groups since the election.

Trump’s selection earlier this week of Rex Tillerson, the CEO of Exxon Mobil, as his preferred choice for secretary of state caused concern among environmentalists. The company spent millions promoting falsehoods about climate science despite knowing as early as 1981 about the connection between fossil fuels and global warming.

Speaking in London, at the launch of a book on the media’s coverage of climate change by Dr James Painter at Oxford University, Stern was more sanguine about the prospect of the Exxon CEO as Trump’s chief diplomat.

Stern, who came to prominence with his highly influential report on climate economics for Gordon Brown, pointed out that in recent years the oil boss has come out in favour of a carbon tax to control emissions and his company has embraced mainstream climate science.

How Gore, DiCaprio and the media all got duped by Trump on climate. “We need to do better.”https://t.co/ojBcAgK9hr pic.twitter.com/0W1I7HL6HR

Stern also suggested that states and cities might be able to act on climate change, even if the federal government does not have it as a priority, citing the example of Ontario, Canada, which dramatically reduced emissions at the same time as Stephen Harper’s right-wing government was back-pedalling on the issue.

One cause for hope is the state of California, which surpassed France as the sixth largest economy in the world this year, and has pledged to cut carbon emissions by 40% by 2030.

Another reason for optimism, he said, is that there are no signs of other countries stepping back from their commitments under the Paris agreement signed last December. “If the US are not going to be in the vanguard other countries will take the leadership,” he said, “China has been crystal clear that they will carry on.”

Lastly, he said the market was now working against the most polluting fossil fuels. “[Trump’s pick for head of the Environmental Protection Agency] Scott Pruitt can’t persuade people to build coal-fired power stations. Why would they?”

But Stern warned that environmentalists must remain vigilant. “There’s no point wringing hands and weeping into whatever it is we weep into,” he said, “at the same time, be alert, be very alert. These are difficult times.”

Richard Black, the director of the Energy and Climate Intelligence Unit, a non-profit thinktank, added: “There’s no way to present a Trump presidency as constructive for progress on climate change. But I think there’s a tendency to overestimate the effect of the administration,” he said. “The notion that a Trump presidency will transform the energy landscape of the US is probably a bit fanciful.”