Trump won: It’s time for climate NGOs to stop preaching to the choir

The latest elections showed climate change is not a priority for the American public. NGOs in Marrakech say it’s time to reconnect with the grassroots 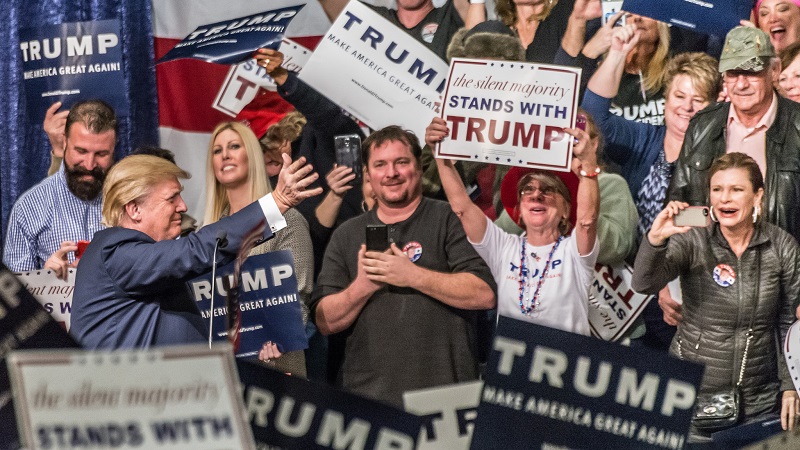 For all the organisers’ plans, this year’s climate talks won’t be remembered as the “implementation COP”. Few will recall that it was meant to be “all about Africa”.

Instead, Marrakech 2016 will be associated with the name of a man who said that climate change is a Chinese hoax. Donald Trump hijacked the climate world overnight, causing havoc among negotiators, observers and scientists who now fear the rise of mainstream denialism and that aid will soon run dry.

But the silent force that has thrown the Republican President-elect on stage in an unlikely victory has so far been largely neglected by climate campaigners. Now they can no longer avoid it.

“We’ve been thinking about what the rise of the populist politics means,” said a senior climate outreach professional under condition of anonymity. “The climate movement needs to connect with other conversations like the ones on trade, on gender, on economic rights, because we realise that people are disenfranchised for a reason.”

A climate denier seizing the White House is a wake up call: “It’s time we stop preaching to the choir,” said the source. With access to the incoming administration likely to be limited, NGOs need to put their grassroot strategies first, working directly with the people who may be affected by climate impacts.

Report: With appeal to Trump, Kerry (and US) leave climate leadership

“We expect with the Trump administration that none of the federal agencies will be friendly to us, but on the flip side we’re going to encourage the single states to adopt climate friendly actions, such as renewable portfolio standards, policies to encourage investment in wind or solar.”

Although polls suggest that 64% of Americans are worried about climate change, it did not turn out to be a priority on election day.

“It’s a shocking realisation that people have not yet internalised climate change as a threat,” said Harjeet Singh, global climate change lead at Action Aid. He said that because “in any democratic set up is people who set the agenda”, it’s crucial that civil society associations help build “a critical mass in the US that pushes for climate change as a political issue”. He stressed the need to help the public understand the science behind events that affect their everyday life, such as drought or floods, and empower them to act.

The starting point of this new conversation may not be climate change as such but, for example, the linkages of clean air, drinkable water and healthy ecosystems with an increasingly hotter world.

“We will be digging in more on the state, city, and locally focused strategy,” said Jacqui Patterson, climate justice director at the National Association for the Advancement of Colored People (NAACP). “For example, if we can get every state to have a renewable portfolio standard, that becomes the national norm without having federal approval. Same with energy efficiency resource standards, zero waste policies or equity based climate action plans.”

Patterson believes that this will help build understanding and support among citizens, “so that when the next elections roll around, people will incorporate new knowledge into their values as voters when they are choosing candidates that represent their interests.”

Rachel Cleetus, lead economist and policy expert at the Union of Concerned Scientists (UCS), said Americans did support climate policies, even if their representatives didn’t.

“The public is overwhelmingly in favour of clean energy, poll after poll show that over 80% of people are in favour of solar and wind energy and that’s not going to change and we’re going to keep talking about the opportunities there,” she said.

Asked if from now on there will be more work to do, she couldn’t conceal a grimace: “The science is so compelling that we are already working flat out all the time,” she said. “Our window to act is fast closing, we’ve always known that even before the Trump administration came in, and this will continue to give our work a sense of urgency.”