7 things you missed at COP22 while Trump hogged the headlines

It was a ‘uuugggggee story. But while the media reacted in horror, the world – soon to be renamed Planet Trump – and the COP22 climate talks kept turning 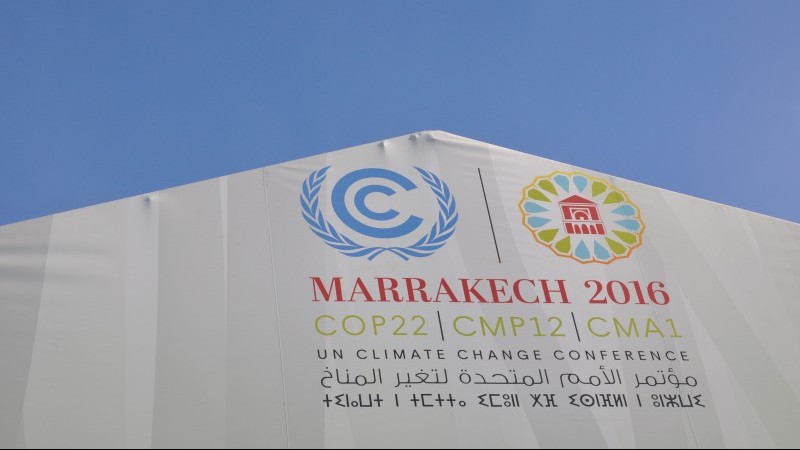 It doesn’t mean they don’t still want to build one of the world’s biggest coal mines, but the Aussie’s didn’t turn up to the party completely empty handed. After a tricky political year back home in which the committee that ratifies treaties was shut down for months by the federal election, Australia’s parliament formally endorsed the Paris agreement on Thursday.

Prime minister Malcolm Turnbull said on Thursday: “We look forward to actively and fully implementing our obligations and commitments under the agreement… The agreement was a watershed, a turning point. And the adoption of a comprehensive strategy has galvanised the international community and spurred on global action… As you know, we are playing our part with ambitious targets.”

Dogs barking & then phone buzzing woke me from deep but troubled sleep. Outstanding. Respect. Churlish not to recognise significance https://t.co/VqD5QSJO2b

If only that last bit were true, said Dr Helen McGregor from the University of Wollongong.

“Australia’s commitment to cut emissions by 26-28% by 2030 will not be enough to meet the 2 degree target. I encourage our leaders to plan and implement deeper cuts, the sooner the better — the climate system waits for no politician.”

2. Forests have their day in the sun

Indonesia’s government extended its forest protections by declaring a moratorium on clearing super-high-carbon intact peatland. That adds to the number of concessions that are covered by the existing moratorium.

At the same time, Colombia announced a plan to link forest protections to its peace process. The announcement included a plan to recognise indigenous claims to huge areas of rainforest. Recognition of native land tenure protects forest from illegal loggers and gives huge boosts to carbon storage.

The Brazilian state of Mato Grosso said it had a plan to reduce deforestation in the Amazon by 90% by 2030 all while increasing agricultural production.

3. Paris pledges on course for 2.8C of warming

Climate Action Tracker (CAT) released their updated prediction of where the sum total of countries’ climate pledges will take us. The answer? The same as last year: to a 2.8C warmer than the pre-industrial normal. Actually, it’s not quite the same. Last year they predicted 2.7C, but some updated numbers from historical emissions meant the destination was tweaked slightly.

Current policies will warm the world 3.6C – the same as last year. The reason there has been no change is because since Paris, no-one has really done much. As we reported last week, apart from a few backsliders 2016 has been a year of inaction.

CAT’s Bill Hare says that’s because policies take a long time to formulate. But that there are “strong tailwinds for climate action we see today in many parts of the world, with the incredibly rapid growth of renewable technologies worldwide, the rapid acceleration of the markets for electric vehicles and plummeting battery storage costs, fundamentally change the geopolitical forces working on climate policy.” 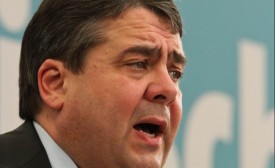 4. Germany delays releasing its 2050 climate plan because of pro-coal lobbying

German economy minister Sigmar Gabriel (who has had a big fortnight for blocking carbon-reducing initiatives) vetoed the release of Germany’s 2050 emissions reduction target on Wednesday. Reuters reported that appeals by industry and union bodies convinced Gabriel to block the draft plan.

Germany is moving towards one of its most divisive elections in years and aggravating the unions is the last thing Gabriel wants to do. But he’s also under pressure to defend Germany’s role as a climate leader. The US, Canada and Mexico are all likely to release mid-century targets next week.

“Germany is already struggling to meet its 2020 climate targets and is under additional pressure after Chancellor Merkel repeatedly said she would make climate policy a priority of Germany’s G20 presidency next year,” report Clean Energy Wire.

5. Public health threats are now high on the climate agenda

The Moroccan Health Minister, El Houssaine Louardi, highlighted the connection between climate change and air pollution in affecting Moroccan citizens’ health. He said public health should be put at the heart of COP22 negotiations. While vector borne diseases are on the rise in Morocco as a result of a warmer climate, “less than 1.5% of international finance for climate change adaptation is currently allocated to health projects”, Louardi said.

Far from affecting just the COP’s host country, the burden of climate change-related diseases is getting worse all over the world. Yves Souteyrand, representative of the World Health Organisation (WHO) in Morocco, warned that about 12.5 million people globally die each year as a result of environmental factors linked to climate change.

Representatives of a dozen member countries got together to discuss and coordinate cross-border health response as part of the Nairobi Work programme, which facilitates knowledge building and sharing on adaptation related issues.

The group released a statement highlighting that: “Climate change will have a significant impact on human health by expanding the geographic range of many diseases. In addition, the impact of extreme events, both fast and slow-onset, affect human health and health infrastructure in numerous ways and on different levels.”

6. Africa’s renewables under the spotlight

African governments and businesses are seizing the opportunity to be at the forefront of the climate debate this year, with Morocco taking up the role of African climate champion.

Yesterday it was the turn of the Africa Renewable Energy initiative, which was presented to a large audience of businesspeople, activists and researchers from the continent and beyond. The initiative aims at mobilising as much money as possible by 2020, to fund a massive boost in large scale renewable energy projects. The target is an additional 10GW of clean energy capacity deployed by 2020.

But the money to change the face of Africa with solar power and lift its people out of poverty at the same time is not there. To turn big ideas into reality, the energy sector will need an investment of about US$20bn before 2020. A figure that looks increasingly unrealistic as the Republicans now in charge in the US (a major contributor to the Green Climate Fund) have promised to slash climate aid.

The event that ran throughout the day was promoted by two of the most prominent figures of this year’s COP, Moroccan and French Climate Champions Hakima El Haite and Laurence Tubiana.

Water is a key theme in this year’s COP. Water systems are deeply linked with issues that the developing world still struggles with: public health, development and food security all depend on the robust management of a resource that according to the organisers is too often taken for granted. The topic has a special relevance this year, after El Nino cast a deadly dry spell in some of the poorest African regions, affecting hundred of thousands of people.

More than 80% of national climate plans have identified water as a key area for adaption, but according to El Haite there’s still need for greater awareness on the subject. On Wednesday, the Moroccan Government introduced the “Blue Book on Water and Climate”, which collates recommendations on how to turns promises in water-focused policies, and policies into solutions that work on the ground.