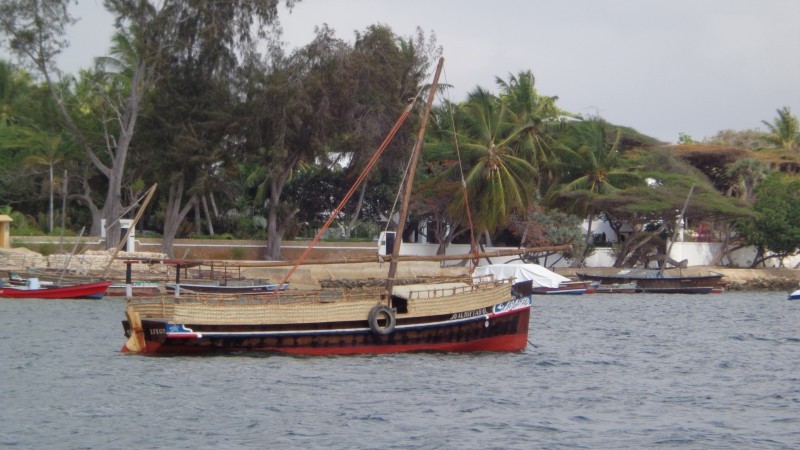 Strolling through the small town of Lamu, the main town on an island of the same name surrounded by a coral-rich archipelago off Kenya’s east coast, visitors are mesmerised by its classical architecture and pristine beaches, designated a UNESCO World Heritage Site.

What they might not notice is how the beautiful landscape has been, and still is, shaped by one plant family that could soon disappear from the island altogether: mangroves.

This is not only bad news for the locals, but also a step backwards when it comes to curbing climate emissions.

Mangroves, salt marshes and seagrass beds have long been recognised for their ability to protect communities from floods and contribute to marine biodiversity, but it’s only recently that their extraordinary capacity to sequester carbon has been acknowledged.

They form a key element of what is known as “blue carbon” – the carbon captured and stored by the world’s oceans and coastal ecosystems.

As he describes his hometown, Atwaa Salim, project coordinator of the Lamu Marine Conservation Trust, explains how byproducts of the dense mangrove forest lining the coast can be spotted everywhere in town: almost all the roofs are made of mangrove wood, as well as the traditional boats that locals use for fishing and to carry tourists around the smaller islands in search of coral. The forest also acts as a nursery for species such as the jumbo prawn and the snapper which are a key source of income. “Mangroves are everything for us,” he says.

While foreign fishing companies cruise past, sticking around only while the catch is plentiful, “local fishermen with their small boats can’t move more than three miles away from the coast, and it’s crucial for them that the coastal environment remains healthy. They have nowhere else to go.” 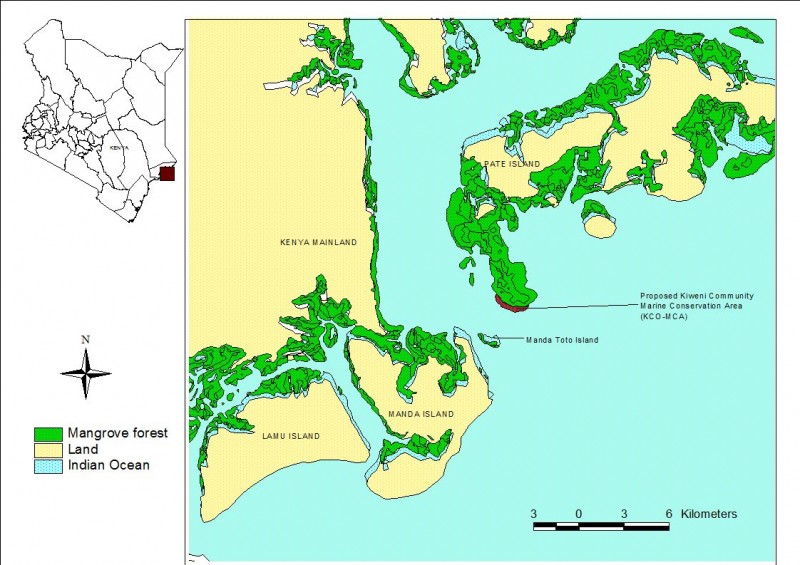 The Lamu coast is home to 70% of Kenya’s mangroves, and hosts eight of the nine tree species present in the country. Industrial development is now threatening their survival, as well as that of rural Lamu. Growing tourism and a planned new coal power plant are putting more pressure on the ecosystem.

Lamu is far from alone in its struggle. All over the world mangroves are being destroyed at an alarming rate.

“The projections show that we are losing somewhere between 0.7 and 2% of the global coverage every year, so another decade goes by and we will have lost somewhere between 8 and 20% of these habitats,” says Ariana Sutton-Griers, ecosystem ecologist with the US’s National Oceanic and Atmospheric Administration (NOAA).

“By the end of the century we could easily have no mangroves left,” she says.

“The annual carbon sequestration rate for coastal wetlands is greater than 10 times that of forest systems,” says Sutton-Grier. Because of this, even though coastal wetlands are fairly small strips of land, they represent a carbon sink capable of capturing an amount of CO2 roughly equivalent to all the world’s forests.

Mangroves grow faster than trees, capturing a greater amount of carbon. They also grow on soils that are largely anaerobic, or without oxygen, which helps store carbon for longer, as it decomposes slowly underground and can persist for hundreds, or even thousands of years. But when mangroves are uprooted, carbon stored in their soil oxidises and becomes a source of emissions. 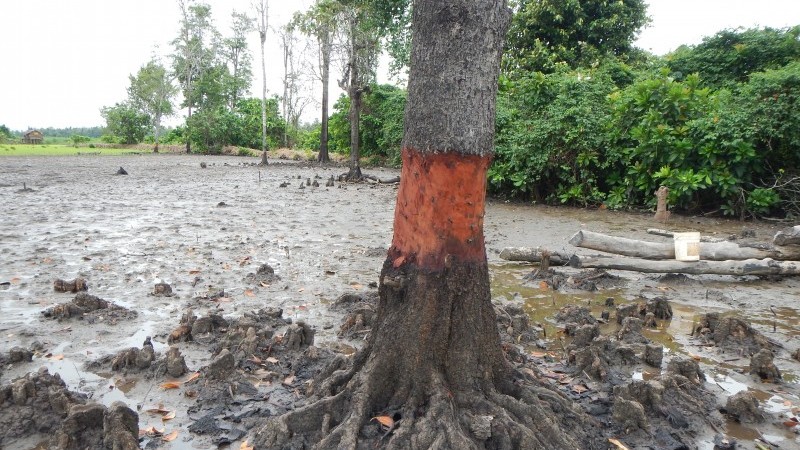 In Lamu, one big threat to the mangroves is household rubbish. “Imagine you have a forest just beside you,” says Salim. “All the rubbish dropped on the beach is washed away towards it and before you know it the mangroves have become a dumping site. In those conditions they won’t survive.”

Salim, who is in charge of the finance department of Lamu County, has introduced a waste management scheme. Citizens pay a small fee to have their rubbish collected and carried by donkey to a disposal site. “This way we keep the forest healthy,” he says.

The planned coal plant, due to start operating in 2020, poses another threat. Seawater will be used to cool down the machinery, and the discharge put back into the sea will be dangerously warmer, altering the organic balance of the mangrove swamps.

“Waterway and port development is going to impact the mangrove systems severely [in East Africa],” says Carl Trettin, a soil scientist with the US Forest Service who has spent the last five years researching mangroves in Mozambique and Tanzania. “One of the great uncertainties is whether the damages can be offset. Say you have to destroy a certain area, but you are going to restore somewhere else, how sustainable is that? Is it going to produce the same kind of ecosystem services you are wrecking?”

The question troubles the people of Lamu. There seems to be a clash of priorities between the local and national governments, with the latter more worried about creating wealth to distribute nationwide, sometimes at the expenses of the local, impoverished communities.

“We need our environment to be healthy to support our business,” says Salim. “Without the mangroves, we would have no fish and no building materials, it would be our end.”