Why Scotland won’t take the soft option on climate 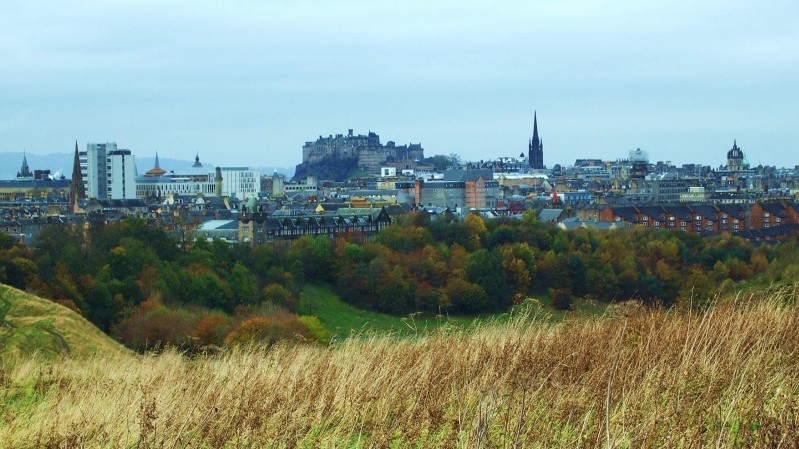 The ruling Scottish National Party is preparing legislation to deepen its greenhouse gas emissions cuts from 42% on 1990 levels to 50%.

A statement to parliament published without fanfare last week reinforces that trajectory. It takes the more ambitious carbon budget for 2028-32 of a range suggested by independent advisers the Committee on Climate Change.

“We blew through our target with so many years still to go,” climate change secretary Roseanna Cunningham tells Climate Home. “We just felt going for the softer option would not look right.”

It is an attitude that the UK’s northern nation, population 5 million, can embrace more readily than the unwieldy 28-member EU bloc.

There is broad political support for climate action and a landscape ripe for renewable generation, from windswept moors to strong tidal reaches.

That is no guarantee of continued public backing. Take Denmark, long a European leader in clean energy. Last year the government pared back its 2020 emissions target from -40% to -37%, reflecting a backlash against rising costs.

“For policymakers, for legislators, it is a very challenging area and there is no point pretending it is not,” says Cunningham.

“There is a concern about what I would describe as making a firm competitive. You are constantly looking for that right balance, because we still have to make sure people have jobs and the economy is running and everything is ticking over.”

Report: Scotland is leading the UK on emissions cuts

The main driver of emissions cuts to date has been a rapid clean power shift, according to the CCC’s recent progress review. It is worth noting Westminster has control of the subsidy levers, but Holyrood sets planning rules and can shape the energy mix with targeted investments.

The devolved administration has gone further on energy efficiency than the rest of the UK, designating it a national infrastructure priority.

Next, Scotland needs to up its game in agriculture and transport, the advisers said. It has yet to meet a goal to plant 10,000 hectares of trees a year, in 2015 achieving three quarters of that.

“We would rather set ambitious targets and maybe fall short but stretch ourselves,” says Cunningham, pointing out England is only aiming to plant 5,000 ha/yr – and failing.

Many of the barriers come from decisions that were made a long time ago, she adds: “We are trying to turn that around.”

Report: Climate targets mean an end to oil-fuelled cars by 2035

Then there is one area England has the edge: rolling out electric vehicles.

“Transport is probably the biggest challenge,” says Cunningham. “Part of that is because you are asking people often to make big changes in the way they run their life… You can sign up to a grand vision, but when it gets to people’s own lives, they can find reasons to exempt themselves.”

Many Scots live in rural areas and depend on their cars to travel long distances. Going electric could be a tough sell.

And of course, the UK’s intention to leave the EU casts uncertainty over a whole range of policies.

The SNP and 62% of Scots were in favour of remaining, but were out-voted by England and Wales. Exit negotiations are between London and Brussels – the Scottish Government can only lobby from the sidelines.

Report: May warned on climate threats to Brexit Britain

Mike Russell, Scotland’s Brexit minister, went to Downing Street for talks on Thursday. His stated aim is to keep the UK in the EU single market, which clashes with the Conservatives’ apparent priority of limiting immigration.

The outcome will affect specific climate policies such involvement in the EU carbon market, as well as the UK’s economic outlook.

“I have been trying to reassure green NGOs that from our perspective, we will go on doing what we consider the right thing,” says Cunningham. “Whether the directives emanate from Brussels or are generated here from Holyrood, if it is a requirement, it is still going to get done.”

But she adds: “The challenge for us is the areas over which we don’t have control.”