From wetland protection in South Africa to scrapping fossil fuel subsidies in Indonesia, the best climate policies are pro-poor 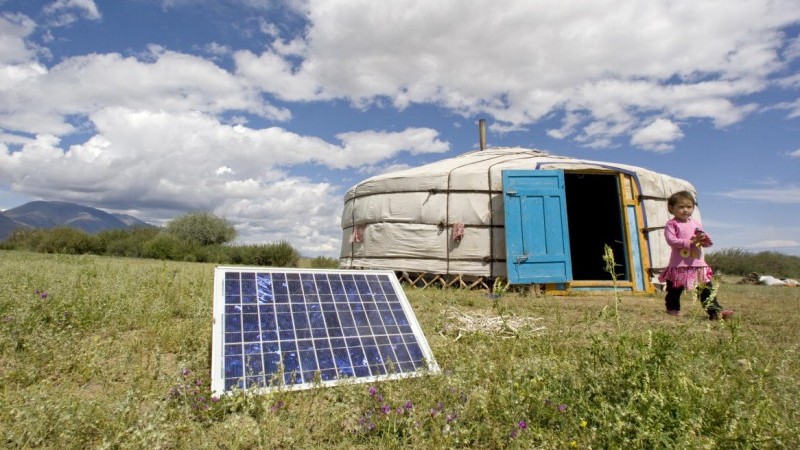 Finance is seen as critical for developing countries to go green and avoid the worst impacts of climate change (Pic: UN Photo/Eskinder Debebe)

Ordinary people in many parts of the developing world are feeling more and more left out. While hundreds of millions have been lifted out of extreme poverty since the 1990s, particularly in places like China and Latin America, many have stayed behind.

The gap between the rich and poor has grown, and is widening. About 20 percent of developing country populations as a whole still live on less than US$1.25 per day—at least one billion people. Lack of income translates directly to lack of access to basic services and resources. According to the United Nations, the poorest children in developing countries are still up to three times more likely to die before their fifth birthday than children of well-off families.

Confidence has been falling in the ability of governments to manage their economies in ways that provide for a prosperous, sustainable, and healthy society. In short, these economies—whether robust or not—are not doing much for ordinary people, and policy is failing to deliver sustainable, so-called “inclusive” prosperity.

One of the positive things to result from the global economic crisis of 2008 was to make the concept of “green growth” a bit more mainstream. This was mostly evident in the numerous short-term “green stimulus” packages that governments adopted to shore up weakened industries, invest in green projects and sectors, like renewable energy, and promote both long- and short-term boosts to jobs. The inclusive, social side of economic stimulus played a key role in ensuring successful economic turnaround, and in many respects it worked.

Giving it a historical perspective, green growth takes the economic growth model that has endured since the start of the industrial age, and seeks to turn it inside out. This has meant taking a hard look at laissez faire economics and being much more deliberate in ensuring “external” costs are fully internalized in national economies by planning more strategically. Success is measured not only by profits and economic gain, but also by overall advances in social and environmental value, including job creation, poverty reduction, and sustainable use of natural resources.

The global community has been making great strides in promoting green growth as a smarter, better, more successful model of economic growth. But implementing it has been easier said than done. In practice, many socially inclusive initiatives have been left on the sidelines, and overarching social crisis persists.

Report: The Republicans fleeing Trump because of climate change

In OECD countries, income stagnation for most of the population runs in stark contrast to soaring incomes and wealth of the elite, creating challenging conditions for democratic governance. This has in turn led to an upsurge in populist political movements—on both the left and the right.

In middle and low-income countries, while growth rates held up better after 2008, extreme poverty has changed little and still remains unacceptably high worldwide. In Sub-Saharan Africa in particular, growth has not brought proportionate reductions in poverty, where 388 million people still lived in poverty as of 2012.

The Global Green Growth Institute (GGGI), the Green Economy Coalition (GEC), and the International Institute for Environment and Development (IIED) have been working together to bring poverty, social development, and inclusive green growth to the forefront of economic debate.

Our joint report on pro-poor, inclusive green growth makes a simple argument. For green growth to really fulfil its promise, to improve on the economic growth model of the past, it needs to focus on people. It needs to tackle the poverty, inequality, and exclusion that constrain both growth and environmental sustainability, to realize women’s and men’s aspirations, and to gain broad societal support. Without this integrated approach, stand-alone green growth projects and investments will not lead to real transformation.

Putting inclusive green growth into practice requires four basic things: inclusive governance that fosters communication between citizens and government; policies that strengthen the livelihoods of poor people, secure their rights, and ensures they benefit from green transformations; reforms to financial systems to drive investment; and tools to measure and track this progress.

Despite the odds, real successes are taking hold around the world. In South Africa, environmental job schemes provide social protection for poor people while helping to preserve wetlands and biodiversity. Indonesia has effectively slashed fossil fuel subsidies while moving the saving towards more publicly appealing health insurance and conditional cash payments for the poor. Rwanda has piloted a model for ecotourism that shares revenues locally and improves conservation. And strong public consultation in Mexico ensured that the poorest communities benefitted from new renewable energy investments.

Taking these successes much further, in 2015 the global community achieved two landmarks for sustainable development. The sustainable development goals (SDGs) provide a comprehensive framework for guiding development progress and recognise the simultaneous need for growth, prosperity, peace, environmental protection, and reducing inequality. The Paris Agreement on climate change is the first legal instrument with global reach designed to halt planetary warming and protect the poorest people and countries from its negative impacts.

The progressive global agreements on the SDGs and climate change provide a strong global framework for sustainable development. But ultimately they will not work unless national politics backs them up, and we need leaders to seize the opportunities now available at the international level to mobilize financing and make smarter, greener investments in their long-term development. There is more need than ever to develop policies and commitments that can deliver inclusive green growth. Everyone will gain, and millions will finally escape extreme poverty—and finally feel included.