Janos Ader has taken a hawkish stance on global warming in his time as president, but change at home has proved harder to deliver 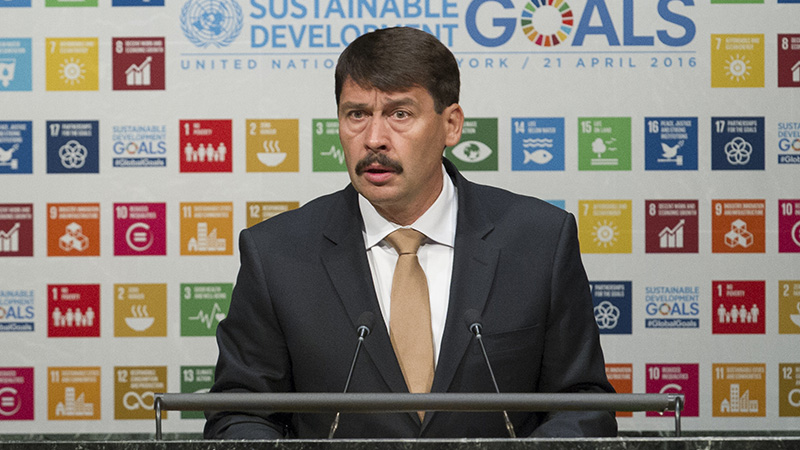 Think about countries you might associate with leadership on climate change.

Did you pick Hungary? Well think again: Budapest is home to an unlikely climate leader.

A lawyer-turned-politician, Janos Ader was elected President of the Republic in 2012, and his 1980s popstar moustache belies his progressive stance on tackling global warming.

Last month, Ader wrote a letter to the heads of state from the world’s top 10 greenhouse gas polluters. The message was simple: set an example and tighten your reduction targets.

“We suggested to the 10 top emitters they should speed up the implementation of the Paris Agreement and it might make sense for those states to go ahead and start ratcheting up,” said Csaba Kőrösi, head of the president’s environmental sustainability directorate.

“If they move, it would be a good example for the rest of the word to follow – for sure. We were hoping his push could be part of a larger diplomatic push.”

A former Hungarian ambassador to the UN, Kőrösi told Climate Home the letters were specific to each country. China, the US, Japan and Canada were among the recipients.

Former US president and climate hawk Al Gore was consulted before the letters were sent; so too was the recently departed UK prime minister David Cameron.

In April, 175 governments signed the new Paris Climate Agreement, a record for a new international treaty.

But given a spate of broken temperature records and extreme weather events across the planet, Ader felt he should take the initiative, said Kőrösi.

“He has very attentive ears to science. Some politicians do pay attention…. some others a little lower. He is one of those who tries to alarm the others and motivate action,” he said. 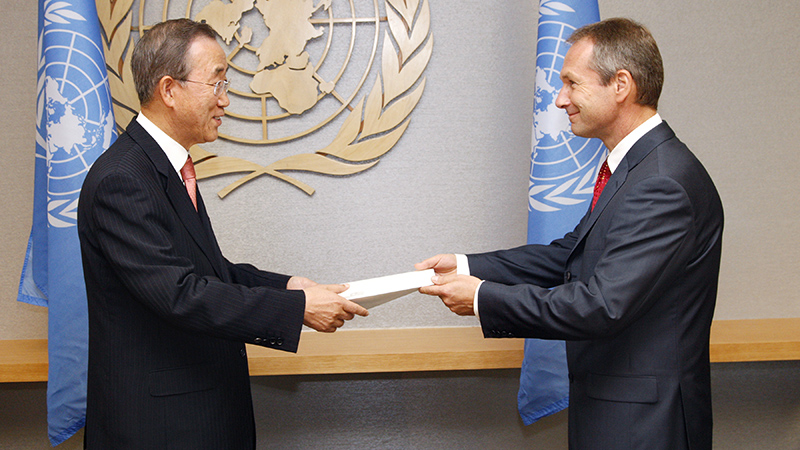 Until recently Csaba Korösi was permanent representative of Hungary to the UN (Pic: UN Photos)

More was to follow: Hungary’s parliament became the first in the EU to ratify the Paris deal, with a unanimous vote from lawmakers in late May.

Still, his influence has limits. It’s a position that, like his counterparts in Germany and Austria, is largely confined to ceremonial tasks: “powerless,” in the words of one Hungarian political observer.

Critics of the government argue Orban is far from a green leader, keen to embrace fossil fuels and Russian nuclear technology while dismissing the potential of renewables.

Gas accounts for 34% of the country’s energy mix, according to a government brief, nuclear 17%, oil 25%, coal 10%, while biomass dominates the 8% of renewables.

“While Áder keeps campaigning for the drastic reduction of gas emissions causing the climate change, he fails to voice criticism of the Fidesz government’s domestic actions that are quite contrary to this agenda,” said Jobbik MP Lajos Kepli.

“He sees no problem with the taxation on solar panels, he is not bothered by the arbitrary cessation of energy efficiency tenders and neither was he bothered by the gradual deterioration of Hungarian environment protection, including the non-existent wind power plant development projects.”

Andra Lukacs, president of Hungarian environmental NGO Levego Munkacsoport, sees Ader’s office as an anomaly in an administration he describes as “bad for the environment”.

This month the country’s energy efficiency association closed, he said, because members saw little evidence their alliance or lobbying was changing government policy.

A special tax has been raised on the sale of solar panels, while Lukacs said no new wind turbine has been built since 2006 “with the pretext that the grid could not cope with more”.

It paints a bleak picture, but it’s one that will change over time, said Kőrösi, who argued awareness over the threat posed by rising temperatures is growing.

Last year there were 40 days when the top temperature was about 30C, above Hungary’s usual extremes. A 2014 EU study of climate change in the Carpathian mountains suggested temperatures could rise 3-4.5C by 2100.

“Hungary is more exposed to climate change than the European average. 80% of the changes we are experiencing are through water… we are vulnerable to [flood] water across borders,” he said.

“96% of surface water comes from neighbouring mountains… it means if there is a fast melt of snow and heavy rain we are likely to experience flash floods.”

Áder and Orban regularly speak about climate change, he said, while efforts to offer MPs more information, data and the economics of a low carbon transition are ongoing.

Signs are the president’s message is well-received abroad, less so at home. But Kőrösi is undeterred, citing his initial conversation with Áder after taking office.

“When I joined I asked him: what would you consider a success? He said I want climate change and environmental sustainability be constantly among 10 most important questions for the public.”