Greece, Hungary, Croatia, Bulgaria, Portugal and Romania won’t be required to cut emissions in transport or farming for 15 years 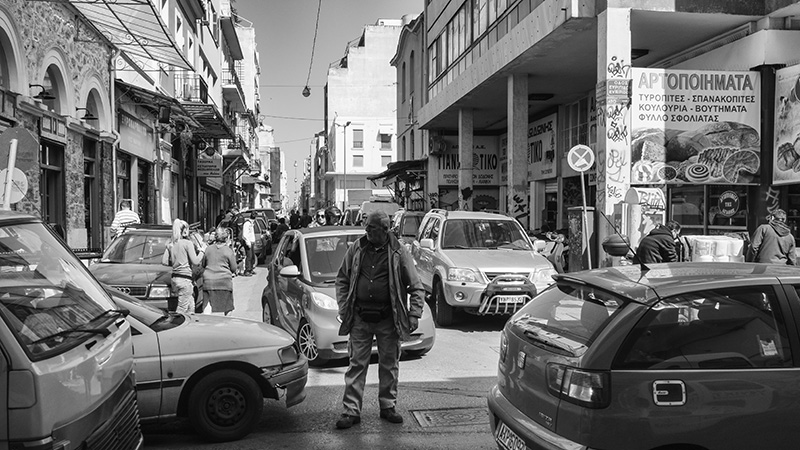 Six EU member states do not need to cut greenhouse gas emissions from transport, waste, buildings and farming for 15 years.

That is the outcome of proposals for sharing efforts towards the bloc’s 2030 climate target, published on Wednesday.

The European Commission set targets for each country from a 2005 baseline, according to their relative wealth and capacity for making reductions. Many are grumbling the obligations are too onerous.

Yet Greece, Hungary, Croatia, Bulgaria, Portugal and Romania were already emitting less than their 2030 allocation in 2014, analysis shows.

“While some EU governments will argue that these targets are too stringent, the reality is they are very weak,” said Damien Morris of Climate Action Network Europe.

“When you have China talking about peaking its emissions before 2030, it is only fair for EU countries to make absolute cuts.”

Member states fought fiercely to minimise their obligations towards the 2020 target, but as Climate Home reported, the EU passed its 2020 emissions target six years early.

Part of that can be attributed to an economic slowdown since the 2008 financial crisis. Clean energy and efficiency policies made an impact too, putting most countries on track to easily meet their contribution.

“It makes the bust-up on effort share back in 2009 seem like wasted effort in retrospect,” said Jonathan Gaventa, director at London-based think tank E3G.

Today, some countries are concerned they could be asked to increase their contribution if and when the UK leaves the bloc. The European Commission was silent on this point.

Analysts at Thompson Reuters Point Carbon calculate each would need to make an extra 1.1% reduction if Britain’s share were to be redistributed evenly, or 2% if only rich countries do more.

Debates on the impact of Brexit will look like “a storm in a tea-cup” in 10 years’ time, added Gaventa.

The fact that six countries are already overshooting their 2030 targets underlines this.

With the exception of Greece, they were not required to make absolute emissions cuts under the 2020 package. They did so anyway. How? Why? And can we expect that trend to continue or reverse?

Let’s look at each, in order of how much they are permitted to grow emissions by 2030.

Hit by a debt crisis and economic downturn since 2008, climate policy has not been top of the agenda for Greece. Its falling emissions reflect belt-tightening more than low carbon investment.

Still, it has a number of energy efficiency initiatives that have played a part. And if financial woes have closed down polluting industries, it does not follow that reintroducing them is the best route to prosperity.

EU-wide fuel standards are likely to clean up road transport irrespective of national policies. The islands have an incentive to embrace clean energy to reduce reliance on diesel imports.

The first EU country to ratify the Paris Agreement, Hungary is adopting a climate-friendly stance under president Janos Ader.

Its economy has modernised considerably since the Soviet era, with brown industries giving way to higher tech export sectors.

An adviser to President Ader told Climate Home public concern about climate change was increasing and Hungary is not likely to regress, whatever its official target.

As with Greece, a six-year recession played a large part in Croatia’s emission slump, hitting industry. The country made some gestures towards green policy in its bid for EU membership, clinched in 2013.

Its direction now is uncertain. An election is coming up in September, after the five-month-old coalition government collapsed.

Recycling rates are low but increasing, while there is untapped potential for energy efficiency.

The official line is that Bulgaria will struggle to meet its targets, according to former environment minister Julian Popov. He disagrees.

It has the worst energy efficiency rating in the EU, he told Climate Home – and therefore plenty of room for improvement.

A programme to renovate crumbling Communist-era pre-fab buildings is working, said Popov. “There is no reason to expect some kind of energy intensive reindustrialisation of the country.”

Neighbouring Romania has a similar profile. Home to the EU’s largest onshore windfarm, it is cleaning up a coal-heavy electricity generation mix.

With the lowest car ownership rate in the EU, however, it could see increased demand push up transport emissions.

It made headlines in May for running on 100% renewable power for four days in a row. Portugal is quietly forging ahead with clean energy, even as its economy stutters.

Indirectly, abundant clean power can help decarbonise transport and other sectors counted in the effort sharing decision. Portugal has more than 1,000 electric vehicle charging stations across 30 municipalities and aims to get 10% of energy used for transport from renewable sources by 2020.

“There are measures planned, specifically in transport sector, that will enable Portugal to take a pathway more consistent with the Paris Agreement.”