After Paris, how are governments tackling climate change?

Comment: Governments appear committed to delivering on their promises, but many will require more funding and assistance to deliver a fast and effective green transition 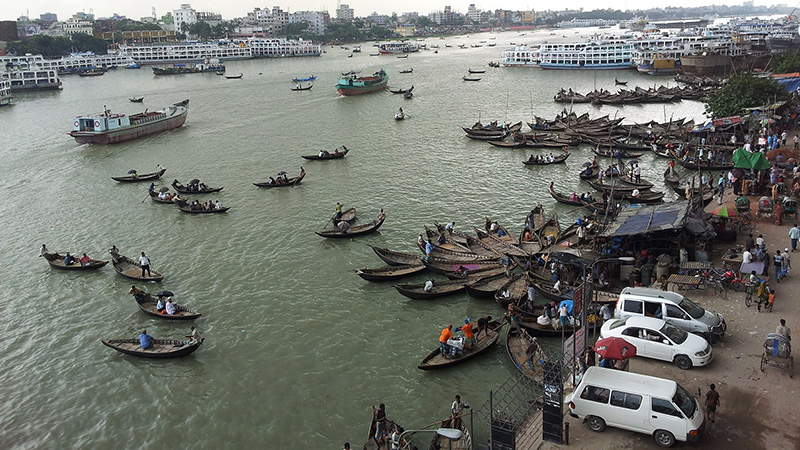 The Paris climate talks marked a high water mark in international diplomacy, as countries queued up to present plans shaping their contribution to emissions reduction and climate resilient growth.

The overall ambition to hold temperature rise to well below 2C was rightly regarded as a landmark.

Seven months on, the Vienna conference on amending the Montreal Protocol has made major strides toward cutting hydrofluorocarbons (HFCs) which could curb global warming this century by up to one degree.

If agreed and implemented, this will be a major achievement.

However, bottom-up action by countries to cut other greenhouse gas emissions – principally carbon dioxide and methane from power generation, industry, land use change and other activities – must leap ahead in order to achieve the high-level ambitions of the Paris climate accord.

Many countries’ national climate plans – known as Intended Nationally Determined Contributions (INDCs) in UN jargon – were produced in a hurry for Paris, with limited consultation: weakly integrated with the rest of the economy, business, politics and other sectors.

Much needs to be done to link these national climate plans into national development plans and national budgets, and factor them alongside national level responses to the Sustainable Development Goals or ‘SDGs’: the first goal being to eradicate extreme poverty.

The reality of integrating climate change into national priorities of economic growth, employment and poverty reduction, alongside the normal challenges of security, political cycles and other events is now the challenge.

All countries face tough choices, the poorest most of all. And Paris was the beginning not the end: the pledges made amount to less than a third of those needed to reach the 2 degree target, let alone the aspiration of 1.5C.

China installed 20 GW of solar power in first-half; triple from a year ago https://t.co/rmGXaf0jWf via @Reuters

At the international level, after an anticipated pause to recover early in the year, there has been much written and discussed.

From April, countries started to sign the Paris Agreement in New York with positive signals that formal adoption of the agreement (once it has been ratified by 55 countries emitting more than 55% of global greenhouse gas emissions) may occur within the year.

Donors have come together on several occasions to commit to supporting the implementation of the climate plans – now called ‘Nationally Determined Contributions’ (NDCs) with the German Government launching the NDC Partnership.

But Paris was about driving national level action and it is less clear what the overall pattern of progress is in initiating, implementing and mainstreaming those aspirations within national economic development.

The Agreement sought to establish a long term mitigation goal to achieve net zero greenhouse gas emissions by mid-century and build the capacity for countries to adapt to climate change.

For developing countries, two particularly significant enablers for this are capacity building and finance but many lack both the numbers and capability of staff across both public and private sector to make the necessary changes.

Secondly, mobilising the promised $100bn annually in international climate finance flows – the pledge made by developed countries at the Copenhagen climate summit in 2009 and restated ever since – is only part of the problem.

Accessing funds from international and domestic resources is challenging not least because of the limited supply of good quality projects and limited capacity to absorb their management and delivery.

What did it mean: Decoding the Paris climate deal

In developed economies, despite some turbulent politics, climate change policies and actions are so far continuing.

The EU package on low carbon economic development has been published , the UK’s 5th Carbon Budget agreed and some countries such as Portugal are, at times, getting all their electricity needs from renewables.

A growing number of investors are factoring in climate risk and the cost of carbon (often as a shadow price) partly inspired by the momentum around the G20 Financial Stability Board’s Task Force on Climate-related Financial Disclosures (TCFD).

In emerging market economies such as Colombia and Peru there has been progress in building institutions to coordinate across government ministries and share actions to reduce emissions across sectors.

For example, in Colombia, each of the priority sectors will propose a roadmap and action plan in August setting out how much and how they will contribute to the NDC target of 20% emissions reduction by 2030.

In addition, new laws and plans are emerging in the energy and transport sectors that take climate change into account.

In India, there has been much attention to ambitious plans around solar energy systems but there is also growing engagement on a range of climate-related actions at district and city level such as heat wave management, finance for mixed grid, weather attribution for business and science, and improved planning around disaster risk reduction.

In many countries, the challenge of climate action at subnational level has been identified as a bottleneck and in Uganda District Development Plans are being required to mainstream climate change including within their budgets.

Similarly, in Kenya, there is a process underway to support mainstreaming of climate change further within the subnational planning framework.

In Ethiopia, as in a number of other countries, a green growth approach has enabled integration of climate change measures into the national Growth and Transformation Plan, while Nepal has established a climate budget code to identify the level of investment of government resources in climate change.

But further effort is now required to achieve full integration into budgeting and operational processes beyond an integration ‘on paper’.

For example, in Bangladesh, despite considerable planning activity on the part of donors and government, hard trade-offs are being played out with the Rampal coal powered plant project.

This will work against Bangladesh’s stated intention INDC intention for ecosystem-based adaptation by affecting the UNESCO heritage site in Sundarbans as well as posing a shortfall in achieving climate mitigation targets.

For most African countries, financing climate action is the top priority.

While national investments in climate change actions are significant (at least 10% of government expenditure in Ethiopia) considerable effort is being put into developing a pipeline of projects for funding by the Green Climate Fund (GCF) and other sources.

However, few NDCs can be regarded as investment-ready as yet and the current pipeline is often a result of earlier development work and not necessarily transformational enough to achieve a real paradigm shift in infrastructure investments towards low emission and climate resilient options.

2015 was about ambition and setting a pathway, and in 2016 progress so far shows that there is much yet to do to deliver transformative change at the scale and speed that is required or even as stated within the NDCs.

This year is more about the reality of integrating climate change into national priorities of economic growth, employment, poverty reduction working across sectors and different levels of government and many challenges of political economy.

However, much is being done and building blocks are being put in place in many countries as they normalise climate change into the business of government and private enterprise.

For developing countries transformative NDC implementation will only materialise when the requisite financial and capacity support is in place.

Securing this support from donors and other investors over the long term is the priority ahead.

Sam Bickersteth is chief executive of CDKN, the Climate Development and Knowledge Network, where this article first appeared. Follow him on twitter @SamBickersteth