Amber Rudd: UK will be a climate leader post Brexit

Government will endorse new 2032 goal to reduce fossil fuel pollution this week, will work with US, India, Japan and China on delivering Paris climate deal goals 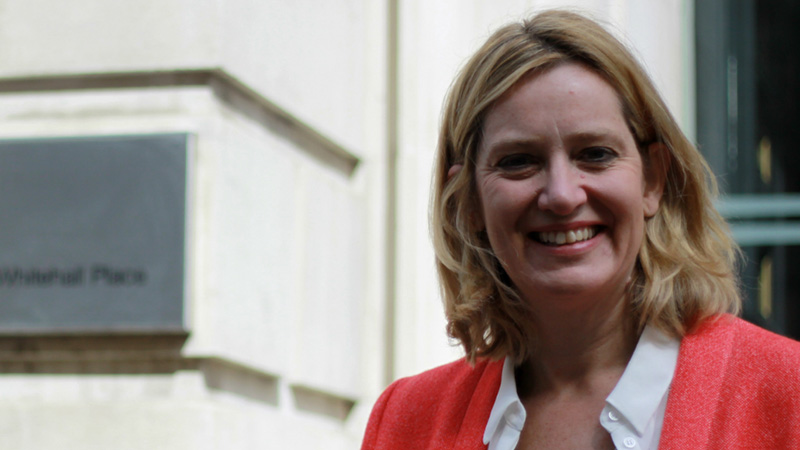 “The UK will not step back from international leadership… climate change has not been downgraded as a threat.”

Brexit was not a result she had wanted, she stressed, but the decision to leave the world’s largest single market would not affect the government’s commitment to tackling global warming.

Rudd confirmed the UK would approve its greenhouse gas reduction targets through 2032 on Thursday, likely to be based on current proposals to slash emissions 57% on 1990 levels.

Asked about Boris Johnson’s climate sceptic views… Rudd had this to say:“When I consider who to back as leader of the Conservative party and future prime minister… climate will be central to who I support and I will be clear and vocal”

“While I think the UK’s role in dealing with a warming planet may have been made harder by the decision last Thursday, our commitment to dealing with it has not gone away,” she said in a speech at the Business and Climate Summit.

“Our relationships with the United States, China, India, Japan and other European Countries will stand us in good stead as we deliver on the promises made in Paris.”

With global markets still volatile after the Brexit vote and the UK’s place in an EU energy union uncertain, Rudd admitted investors face a period of flux, but argued she hoped “we can mitigate them through our confidence moving forward”.

Annual support for renewables would total more than £10 billion in this parliament, coal power would be phased out while a multi-billion pound deal to build a new nuclear plant in the South West with French energy giant EDF was still on track, she said.

“All these commitments remain in place. They will help us rebuild our energy infrastructure.”

On the other side of London, energy minister and Leave advocate Andrea Leadsom had a similar message for the parliamentary energy and climate change committee.

Lawmakers raised concerns that government policy had hit investor confidence in low carbon energy and Brexit was exacerbating the uncertainty.

They cited a Guardian report that Siemens had put major investment plans in wind power on hold, pending clarification of Britain’s relationship with the EU.

Leadsom countered with an announcement by Dong, two days before the referendum, that it was investing £5.4 billion in offshore windfarms.

“The UK’s Climate Change Act 2008 is absolutely key to our climate change objectives,” she said.

UN climate chief to UK: “Stay calm and transform on”

Green groups welcomed Rudd’s assurances and approval of the next carbon budget.

“It’s great that the Government has ignored siren voices from the fringes, listened to the scientists, and has set a new carbon target which will help boost the green economy,” said WWF’s Emma Pinchbeck.

“Now the government must get on with delivering against this target. Ministers should ratify the international Paris Agreement, and produce a carbon plan that doesn’t just flag-wave at change but spells out how our home-grown low carbon industries can help deliver a stable economic future.”

The Aldersgate Group, a network of business and civil society leaders for sustainability, talked up the shift towards clean energy worldwide.

Nick Molho, director of the network, said: “It is in the UK’s environmental and economic interest to stay in touch with these global trends, remain actively involved in international climate change diplomacy and support the growth of a strong national low carbon economy.”