It’s easy to assume Brexit means a cull of green policies, but the strength of the low carbon economy suggests that’s not a given 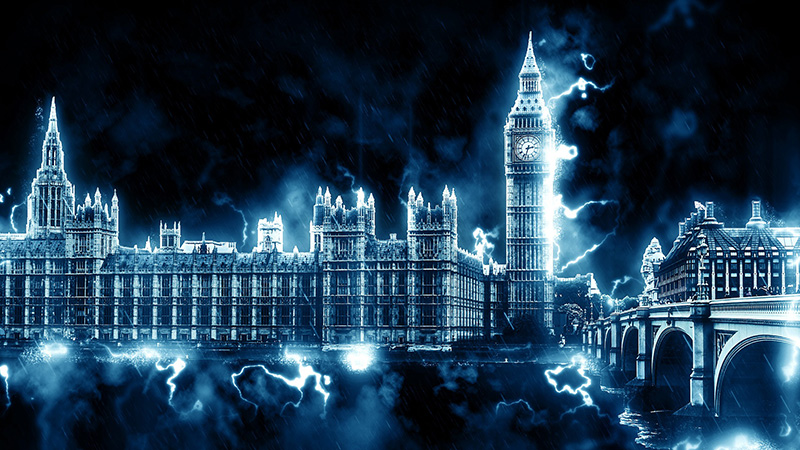 Five days into a post-Brexit world and there are plenty of questions, few answers.

Three stand out amid the vitriolic op-eds in some newspapers and twitterstorms sweeping social media.

-Who’s in charge?
-What’s their philosophy?
-How will they collaborate with Europe?

Fatih Birol, head of the International Energy Agency (IEA), an influential Paris-based think tank, spoke for many investors at the launch of a new report in London on Monday.

“Whoever becomes prime minister will have to indicate what their plans are… otherwise companies won’t feel like making an investment in energy,” he said.

Business leaders are a fairly pragmatic lot, but at the moment most are having to guess what the future holds. With sterling falling to a 20-year low and economic health slipping, optimism is limited.

“It’s grim… basically. Disbelief and frustration,” said one analyst at a major London bank based in Canary Wharf in a short text message earlier today.

The UK’s outgoing prime minister struck a bleak note while addressing Parliament. “It is going to be difficult… far from plain sailing… it is the most complex task the UK civil service has led for decades,” said David Cameron.

On Monday, the UK’s finance chief chancellor George Osborne tried to steady nerves with a speech before European markets opened, but analysts (and markets) appear unconvinced.

“The real issue is what view the next government takes on energy and technology, what attitude they have to foreign investment and their stance on climate change,” he said.

With the current government unlikely to be in power beyond September 2016, any significant decisions will wait – further stalling investor confidence.

Still, one bright spark is suggestions the UK government will this week officially support a target to slash greenhouse gas emissions through 2030, known as the fifth carbon budget.

An official at the UK Climate Change Committee told Climate Home they were hopeful the new goal to cut fossil fuel emissions 57% on 1990 levels by 2032 would be approved.

“Legally it has to be approved. If they don’t process this it’s a sign of things to come,” said Davey.

Longer term the outlook is unclear. Despite cuts to support for wind and solar energy technologies, Cameron has broadly stuck to a decarbonisation agenda and accepts the science.

The race to succeed him starts next week, and it is not clear if those chasing his job share that position.

“It is highly unlikely that the party-political green consensus that has existed in parliament for the last 10 years will survive the seismic changes that are now unfolding,” said the GWPF’s Benny Peiser.

Others, such as Jonathan Gaventa from the E3G think tank disagree – pointing out that only 6 MPs voted against the 2008 Climate Change Act, which makes carbon cuts legally binding.

Former London mayor and figurehead of the Vote Leave campaign Boris Johnson is lukewarm when it comes to climate change, frequently voicing scepticism in his newspaper column.

Writing in late 2015, days after 195 countries had agreed the Paris climate agreement, Johnson suggested a warm winter was the key behind the deal.

“It is fantastic news that the world has agreed to cut pollution and help people save money, but I am sure that those global leaders were driven by a primitive fear that the present ambient warm weather is somehow caused by humanity; and that fear – as far as I understand the science – is equally without foundation,” he wrote. 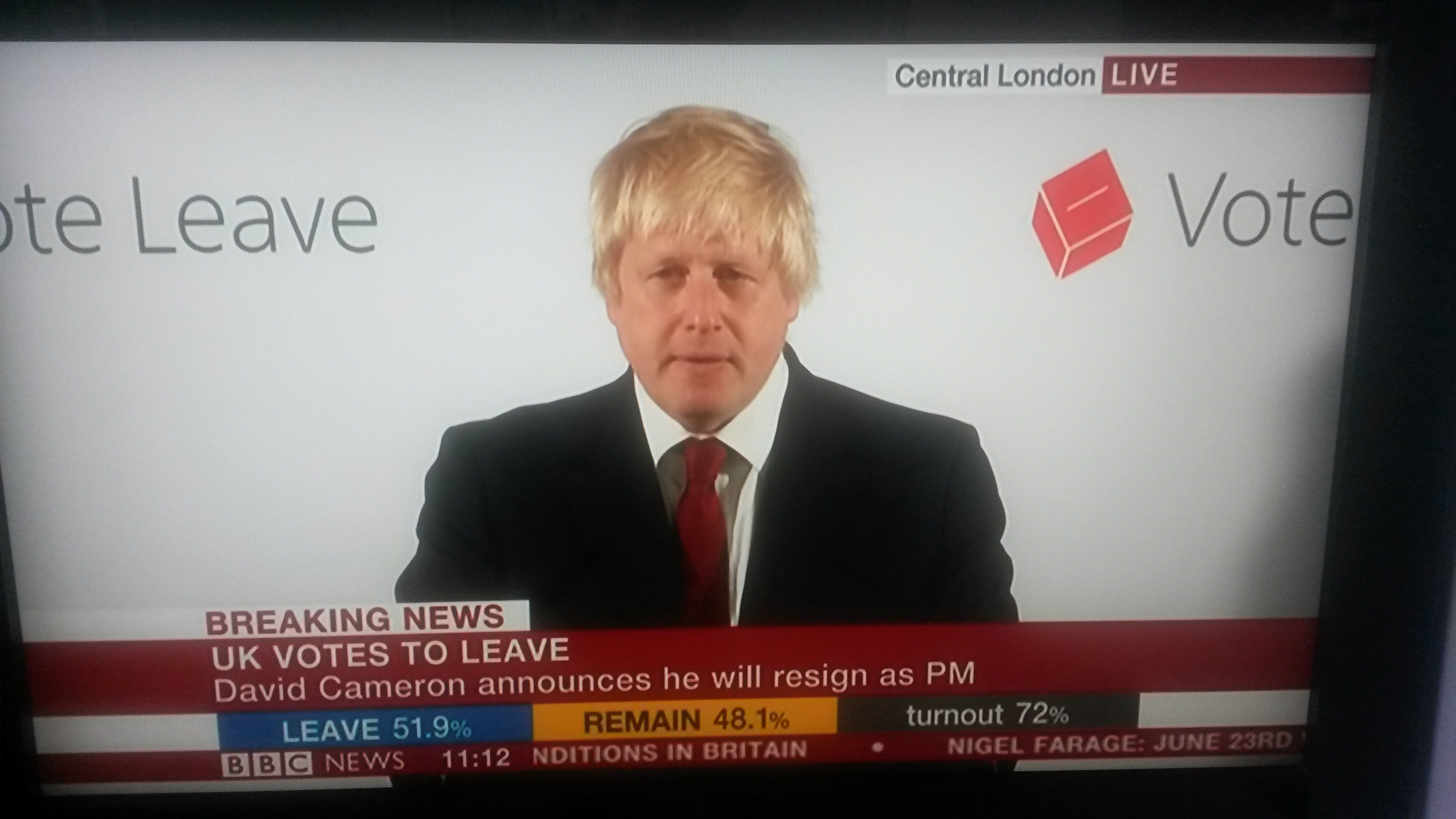 Still, when not solely courting his rightwing fans the flaxen-haired Tory does strike a more balanced tone – praising the strength of London’s green economy and driving the construction of cycle lanes across the capital.

And in an effort to calm post-Brexit fears, Johnson’s latest article for the Daily Telegraph promised “intense and intensifying” cooperation with the EU on the environment and other issues.

Others in the Vote Leave camp have tried to strike a similar tone. Writing during the campaign, energy minister Andrea Leadsom said the Climate Change Act would not be harmed.

“We are world leaders in the development of new, low carbon technologies. Not only that, but our emissions reduction ambitions, set out in our own UK Climate Change Act of 2008, are world leading.

“So let me be very clear.  Absolutely none of this is threatened by the UK voting to leave the EU on June 23rd.

“Put simply, the lights will not go out, bills will not go up, and decarbonisation will not stall as a result of leaving the EU.”

Some commentators appear willing to give the new dawn a chance – albeit through gritted teeth.

“The templates to look to are those provided by the likes of Norway and South Korea, both of which have sought to carve themselves out a niche as highly competitive clean tech innovators and long term green infrastructure investors,” writes Business Green editor James Murray.

“A common sense consensus appears to be coalescing around an exit from the EU that seeks to retain access to the free market, keep the best European legislation, and give the UK more freedom to foster innovation and business competitiveness. In short, the Norway option.”

And while the links between climate and euro sceptics appear strong, contempt for science is not shared across the board.

In a 237-page tome on political priorities written in 2013, Vote Leave campaign manager Dominic Cummings berates those on the political Right engaging in an “anti-scientific attitude”.

“What we do about it is very controversial and is not something that science alone can answer but given the scale of possible problems the issue obviously cannot be ignored,” he says.

It’s likely – given the next government will be a little to the right of the current one – support for the renewables industry in the UK will suffer further cuts.

Investment in roads, airports and new fossil fuel facilities along with a new push for fracking across the country may also rise up the agenda – judging by the various manifestos from Vote Leave.

The focus on climate policy and the tone of debate will likely take a dive.

Yet some problems and realities won’t change. Green isn’t a cult or a philosophy, it’s a vast and fast-growing sector.

Government analysis in 2015 suggests the wider low carbon economy in the UK employs over 250,000 people, and generated over £121 billion in turnover through 2013.

It’s “five times larger than Aerospace, two and a half times the size of Pharmaceuticals, almost twice as big as Chemicals,” said the report.

Equally, air pollution is now a major political issue in the UK, dominating media coverage in London and compelling leaders to engage in solutions.

Investment in low emission and electric cars is inevitable, as are schemes to drive polluting vehicles off the road and deploy fleets of cleaner buses and other heavy vehicles.

And coal – scheduled to be phased out by 2025 – is unlikely make a comeback say analysts at Wood Mackenzie, despite demands from some Brexiteers for what they term ‘energy independence’.

“Being outside the EU will not change coal’s poor fortunes in the UK, substantial plant retirements have already occurred (26% of capacity will be withdrawn in 2016) and the residual fleet is hampered by its age and carbon intensity,” they write.

“The acceleration of coal’s decline in UK power supply (to the benefit of gas) is unlikely to be reversed.”