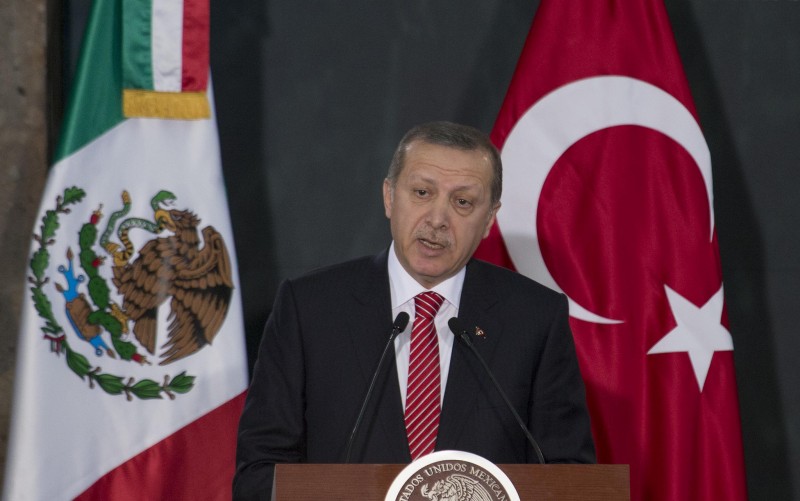 Desperate to wean itself off Russian gas, Turkey is betting billions on coal meeting its energy demand through to 2030.

It’s a strategy endorsed by the all-powerful president Recep Tayyip Erdogan, fearful of Moscow’s grip over his country’s energy security.

Ever since Turkey shot down a Russian jet that strayed into its airspace in November 2015, relations have been tense.

In a sign of the deep freeze between the two sides, Turkish gas imports from Russia were 15% down in the first quarter of 2016 compared with 2015, report analysts at Platts.

Preparations for a new fleet of coal-fired power plants are “in the works” as the country aims to add 50 gigawatts of capacity by 2030, says the country’s energy minister Berat Albayrak.

And while Albayrak says wind, hydropower and solar will play a role in the shift from gas, coal looks set to dominate, with an estimated 80 plants in various stages of planning.

If the government is bullish, analysts are worried.

It’s a billion dollar gamble that is unlikely to pay off says the Ohio-based Institute for Energy Economics and Financial Analysis, in a damning indictment of Ankara’s plans.

“The lignite-fueled buildout being pursued by the Turkish government would cost at least $1.1 billion and perhaps as much as $2 billion in annual public subsidies and that it would increase electricity prices by 19 percent to 29 percent,” reads its report, published on Tuesday. 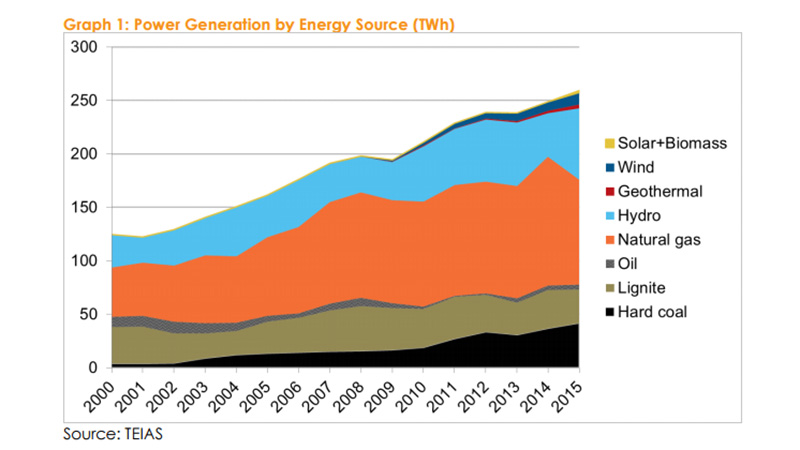 It argues renewables are a better bet for sustained investment.

In reality there’s little in the way of green thinking, write the authors: “The paltry 0.3GW of installed solar capacity in Turkey pales in comparison, for example, to Spain’s 7GW and Germany’s 40GW.”

Wind energy targets for 2030 have been cut to 16GW while the government only sees solar capacity doubling in the next 15 years.

“These targets do not reflect the potential of a country with a photovoltaic system performance 50% higher than in Germany,” says a separate analysis by Climate Action Tracker.

Meanwhile, IEEFA has other concerns. Turkey says it has investors from Japan, Saudi Arabia and Qatar lined up to help pay for the plants, but globally money for coal is drying up.

The OECD Export Credit Group, World Bank and European Bank for Reconstruction and Development (EBRD) are among bodies representing major donors who are tightening criteria for coal finance.

Should Turkey’s banking sector underwrite the planned projects, it would face the risk of defaults and ‘stranded assets’ if global efforts to cut the reliance on fossil fuels gather pace.

And given the slowing pace of the Turkish economy – not helped by the ongoing war in Syria and unrest within its own borders – government energy demand projections may be too high.