UN aviation talks: time to come down to earth?

The International Civil Aviation Authority is unjustifiably smug about its climate record; it must play its part in efforts to limit warming to 1.5C 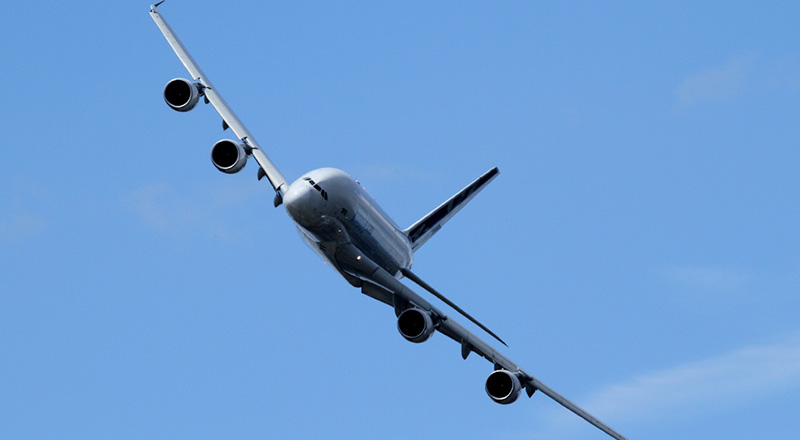 The BBC is showing a documentary series about modern aviation titled “City in the Sky”. The other-worldly name seems somehow appropriate to the sector’s approach to the challenge of climate change over the last two decades.

Operating without fuel taxes, VAT, legally-binding fuel efficiency requirements or limits on its CO2 emissions, the sector operates in something of a parallel universe.

Next week the International Civil Aviation Organization (ICAO), the sector’s global regulator, has an opportunity to finally take a step forward on climate action.

ICAO will discuss the impact of the Paris Agreement on the sector, and specifically the next steps for an aviation carbon offsetting scheme currently under negotiation.

How will global aviation respond to the new momentum for action on climate change?

Early signals were not good.  ICAO’s official response to the Paris Agreement managed to be both incorrect and smug, noting, “with satisfaction, that international aviation is not covered under the UNFCCC’s Paris Agreement and its associated decision text”.

The hubris continued with the assertion that, “the [ICAO] Council viewed [this] as a vote of confidence in the progress that ICAO and its Member States are achieving.”

The truth is that while industry lobbyists may have succeeded in preventing an explicit reference to aviation in the text, the globally-agreed goal of striving to limit global warming to 1.5C does apply to aviation.

All ICAO Parties are also Parties to the Paris Agreement. If they let aviation off the hook, the target will simply be impossible to reach.

In short, aviation must act – rapidly and radically – on climate if the Paris goal of “striving to limit warming to 1.5C” is to be achieved.

As for the ‘progress’ made by ICAO, the organisation’s Council really does have its head in the clouds if it thinks what is on the table deserves a vote of confidence. The current proposal is nothing more than a tentative, and very late, first step.

A key question ICAO member countries need to ask is how an anticipated growth rate of up to 300% by 2050 is compatible with any scenario for reaching the Paris 1.5C goal, even taking into account offsetting.

The industry’s goal is to limit future emissions to their 2020 levels, offsetting anything above that. But even this modest goal will not be reached, if the exemptions currently under discussion are accepted. These could undermine the objective by up to 40%.

Fundamentally, the 2020 goal is inadequate to address the climate crisis. ICAO must agree to ratchet up the effort every three years so that the sector is required to keep innovating in order to bring itself in line with a global carbon budget consistent with the 1.5C goal.

Another major concern is the failure to address the climate change impacts of aviation beyond CO2 emissions. Provisions are needed to address aerosols, contrails and nitrogen oxides.

And, as with any offsetting scheme, effectiveness rests on the quality of credits. The sector should not be able to buy its right to pollute above the 2020 level by funding investments in fossil fuel power and extraction, nuclear, large hydro and industrial gases.

These kinds of projects do not foster sustainable development, and fail to deliver an overall mitigation in global emissions, two criteria agreed in Paris. These credit types should be ineligible from day one.

It is also essential that one credit cannot be used towards multiple climate commitments, for example aviation sector commitments and national emissions commitments. Double counting like this has already undermined global progress on climate change. It must stop.

While ICAO’s carbon offsetting mechanism could be a significant opportunity for meaningful climate action from the aviation sector, the devil will be in the detail.

Success risks being undermined through bad choices on opt outs, credit quality and accounting that cover up the real pollution being pumped into the atmosphere. It’s time the city in the sky came back down to earth.