A new round of reforms will address fraud, corruption and cronyism in the oil import sector, but they require careful handling by central government 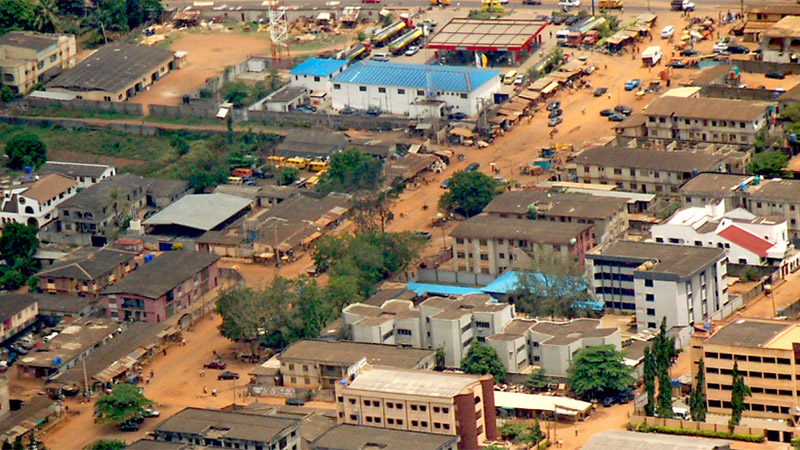 The government argued that liberalizing the oil sector will promote competition, align prices with global market trends and, perhaps most important, provide an opportunity for economic diversification.

Nigeria has vast oil and gas resources, and for the past five decades it has relied heavily on oil and gas production to drive economic growth, neglecting other sectors and energy sources. The oil sector accounts for 13% of GDP and 70% of government revenue.

Thus, as global oil prices plummeted, Nigeria’s budget deficits grew, to an estimated ₦2.2 trillion (US$10 billion, or 2.16% of GDP). With the economy in crisis and the International Monetary Fund (IMF) and others pushing for reforms, the government was under strong pressure to act.

The petrol price hike is expected to save about ₦16.4 billion (US$82 million) per month in subsidies to distributors, which will be redirected towards infrastructure development. But can the reforms last, and can they drive the economic transformation that Nigeria needs?

Nigeria currently produces about 2.5 million barrels per day of oil, and it has a crude reserve of 37.1 billion barrels. Yet due to low refining capacity (as low as 20% run rates), Nigeria has to import about 80% of the petroleum products used in the country. To keep fuels affordable, the government has capped and subsidized petrol and diesel prices for many years.

In January 2012, former President Goodluck Jonathan tried to end the subsidies and liberalize the market, citing budgetary concerns. Fuel subsidies were said to account for a third of government spending at the time, about ₦1.4 trillion. Yet the effort met with strong resistance, leading to a halt in economic activities for over a week and an estimated loss of ₦320 billion.

If successful, the new round of reforms will address fraud, corruption and cronyism in the oil import sector (including non-existing oil marketers or companies receiving subsidies). They could also help reduce the oil cartels’ hold on the government and on the citizens at large.

However, the new fuel regime still lacks a robust institutional structure to support and uphold the policy process. Its design and implementation have also been fraught with secrecy; hence the dissemination of information to citizens has been poorly organized. Public opinion is mixed.

By taking this approach, the government has missed the opportunity to present its green agenda as an alternative to Nigeria’s oil problems. In contrast, when Indonesia became a net oil importer in 2005, the government seized the political moment and presented its decision to shift towards the deployment of renewable energy to meet its energy needs.

Existing institutions such as the Ministry of Petroleum Resources could potentially fill the gap, but they lack credibility. The ministry is tainted by corruption scandals, has poorly communicated past fuel reform policies on fuel reforms, and cannot effectively manage policies on renewable energy, as it is largely designed to support fossil fuels.

Another institution that readily comes to mind is the Renewable Energy Division of the Nigerian National Petroleum Corporation (NNPC), a sub-division mandated to develop Nigeria’s biofuels sector. However, the NNPC has also been stifled by the political influence of fossil fuel advocates.

The best approach is to establish an independent, transparent institution, created through a legislative act and specifically tasked with regulatory, fiscal, civic and developmental aspects of the hybrid oil and renewables sector.

First, this institution would be involved in the adjustment of oil prices based on international market trends and education of citizens prior to price adjustments.

It could use mass and social media, and hold town-hall meetings as well as parliamentary debates (for a similar institutional example, see Ghana’s National Petroleum Authority or Indonesia’s Ministry of Energy).

Also as part of this law, all operating oil companies (producers and refiners) within Nigeria could be mandated to create a subsidiary on biofuels and divert 20% of their assets towards biofuel activities (for a similar example, see the EU/Netherlands biofuels blending mandates for oil companies).

In addition, this new institution would need to oversee and ensure transparency in the use of the subsidy reinvestment funds, which would be mainly accessible to oil companies with subsidiaries in the renewable energy sector. This approach could ensure that oil corporations become less resistant or skeptical towards the development of renewables.

Finally, in order to successfully reform Nigeria’s oil sector, catalyse economic diversification, and boost demand for renewable energy, we need an institutional and policy environment that positions both fossil fuel and green advocates as winners.

Unlike the existing fossil fuel regime, the new regime also needs to be socially and politically inclusive. This means ensuring the development of communities where resources are mined, promoting low carbon sources of energy, and removing incentives for rent-seeking and corruption in the oil sector.

Several prominent Nigerians have argued that the global oil market crash could be a “blessing” for the country – a chance to move to a more diversified, more sustainable economy that benefits the entire population, not just a few.

Last month’s reforms could be the beginning of a crucial transformation needed in Nigeria’s energy sector, but only if it gets a robust institutional support.

Olufolahan Osunmuyiwa is a PhD researcher at the Institute for Environmental Studies (IVM) at Vrije Universiteit Amsterdam.