View from Bangladesh: What next for the UN climate talks? 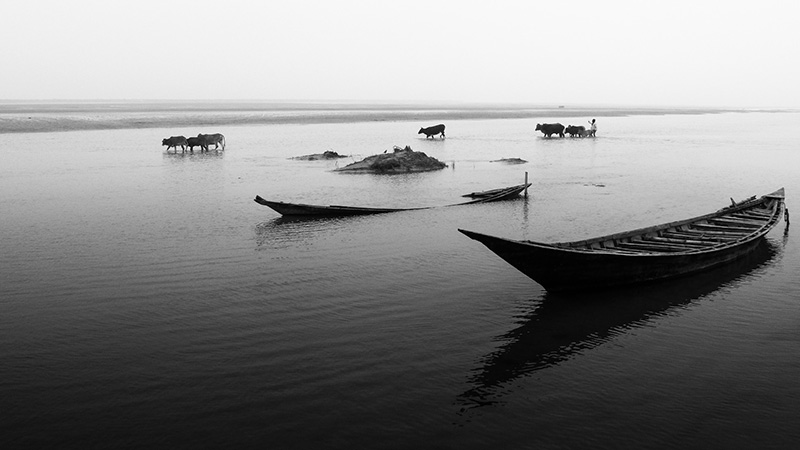 The 2015 Paris Agreement has set in train global actions by all countries to reduce emission of greenhouse gases and prepare for the adverse impacts of climate change.

The next milestone will be on April 22 in New York where the Secretary General of the United Nations Ban Ki Moon has invited heads of government to come together to formally sign the Paris Agreement.

In order for Bangladesh to be able to join that meeting, we will need to have adopted the Paris Agreement domestically.

After that, COP22 to be held at the end of 2016 in Marrakech, Morocco, will be the next stop in the global policymaking process; it will need to develop momentum for implementation of the Paris Agreement.

An important topic for a country like Bangladesh is loss and damage, more specifically how to deal with the failure to adequately mitigate or adapt, when we are faced with inevitable losses of human lives, ecosystems and damage to infrastructure like roads and embankments.

At COP21 in Paris, the developing countries fought for and succeeded in including the topic of loss and damage as a separate article (Article 8) in the Paris Agreement against the resistance of the developed countries who did not wish to treat it as a separate issue from adaptation.

This Article also reinforced the mandate of the Warsaw International Mechanism (WIM) on Loss and Damage that had been agreed upon at COP19 in Warsaw, Poland in 2013.

The WIM has an executive committee consisting of 20 members (10 from developing countries and 10 from developed countries), and it has a work programme with nine action areas to be presented to COP22 in Marrakech later this year.

The nine action areas include the following:

Enhance the understanding of how loss and damage associated with the adverse effects of climate change affect particularly vulnerable developing countries, segments of the population  that are already vulnerable owing to geography, socioeconomic status, livelihoods, gender, age, indigenous or minority status or disability, and the ecosystems that they depend on, and of how the implementation of approaches to address loss and damage can benefit them.

Enhance data on and knowledge of the  risks of  slow onset events and their impacts, and identify ways forward on approaches to address slow onset events associated with the adverse effects of climate change with specific focus on potential impacts, within countries and regions.

Enhance the understanding of the capacity and coordination needs with regard to preparing for, responding to and building resilience against loss and damage associated with extreme and slow onset events, including through recovery and rehabilitation.

Encourage comprehensive risk management by the diffusion of information related to financial instruments and tools that address the risks of loss and damage associated with the adverse effects of climate change to facilitate finance in loss and damage.

Develop a five-year rolling work plan for consideration at COP 22, building on the results of this two-year work plan to continue guiding the implementation of the functions of the Warsaw International Mechanism.

Bangladesh has a major opportunity to influence the decision to be made on loss and damage at COP22 in Marrakech in two ways.

Secondly, Bangladesh has an chance to move forward pro-actively to set up a national mechanism on loss and damage, using the reserve funds in the Bangladesh Climate Change Trust Fund (BCCTF) which could make us an example for other countries to follow.

This is an important opportunity in the next ten months to make a major contribution to what is likely to be known as the “Loss and Damage COP” in November 2016.

The writer is director of the International Centre for Climate Change and Development (www.icccad.net) at the Independent University, Bangladesh