Why the Paris climate deal doesn’t depend on the US

With or without Washington, governments in developing countries are already taking steps to slash emissions and clean up their economies 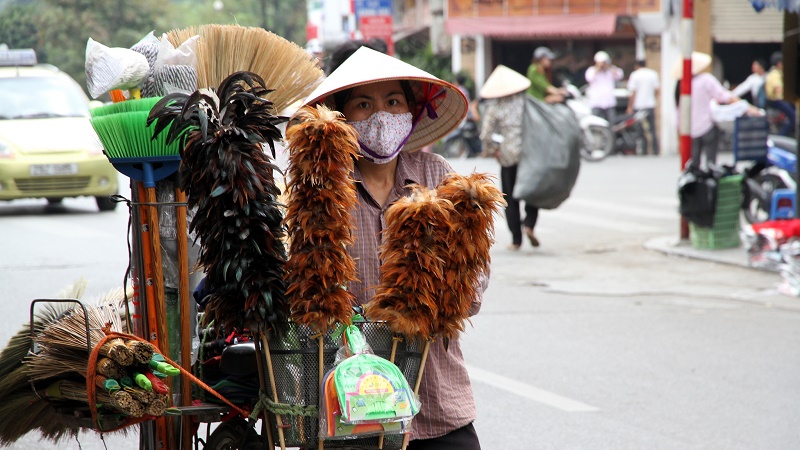 You’d be forgiven for thinking the fate of a UN climate deal hinges on whether the US wants to play ball.

Whatever happens between now and the end of 2016 is, to a degree, academic. The courts may give the Clean Power Plan a pass, but a Republican president would likely try and kill it on entering office.

That, evidently, would be bad news for the Paris deal, which is due to come into effect by 2020.

The world’s second largest greenhouse gas emitter has a huge role to play in slowing global warming. Few want to see the US repeat its eight-year climate politics sabbatical under George W Bush.

While relations over the South China Sea remain frosty, US-China relations on climate change are close, a fact underlined by an historic 2014 pact between the two nations.

It was that alliance that paved the way for Paris, offering France confidence to deploy its diplomatic legions in pursuit of an ambitious deal that 195 countries could agree on.

But for the rest of the world, tackling climate change is not about Washington DC’s toxic politics. It’s about toxic air that kills, and emerging norms.

For instance, a new report shows millions of Chinese and Indians will continue to die from air pollution unless tougher action is taken to clean up power, industry and transport sectors.

According to the University of Columbia, globally 5.5 million die prematurely every year from air pollution, it found. Of that total, 1.6 were in China, 1.3m in India.

Burning of wood, dung and biomass are blamed for dangerous air pollution levels in India, together with coal power plants and transport.

“Our study highlights the urgent need for even more aggressive strategies to reduce emissions from coal and from other sectors,” said Ma.

“By highlighting the health impacts we’re hoping to catalyse a faster shift away from dirty fuels,” said Michael Brauer, a professor with the University of Columbia’s School of Population and Public Health.

Both these countries are still burning vast quantities of coal – and likely to continue for some time as their economies develop.

But domestic anger over air pollution is resonating among citizens in a way it did not a few years ago. Norms and expectations are evolving.

The anger from Hebei governor Zhang Qingwei at a lack of progress in ridding his smoggy province of killer fumes is evidence of the pressure leader’s face from citizens.

Witness too the desire of Delhi’s local government to slash car pollution; trialling driving restrictions in January and mooting a new round of vehicle rationing in April.

Whatever the US decides, these emerging economy superpowers accounting for 32% of global emissions will likely pursue their own low carbon development policies, slowly at first, faster when they see what works.

Does that mean there’s no point in the global climate deal agreed in Paris last December?

Not exactly. Paris is about accelerating the raft of domestic laws and policies governments are already deploying, harnessing cities, regions and the private sector to do the heavy lifting.

It offers a global framework allowing countries to better work together, source green finance and scrutinize what each other is doing.

Plans to boost national carbon reduction targets by 2020 and develop a tough review process would be hit if the US decided it wasn’t or couldn’t play ball, says veteran climate expert Alden Meyer.

“It would introduce uncertainty into building ambition into the system,” he says, hinting that chance to develop a pathway to zero net emissions later in the century could be lost.

Critics of a UN climate pact like Saudi Arabia, Nicaragua, Malaysia and perhaps even Russia would use backtracking from Washington as an excuse to do nothing. Avoiding warming of 1.5C would be impossible.

The power of norms

Still, the weakness of the Paris deal is also to a degree its strength.

Instead of a tough compliance mechanism, it’s built on future expectations of how countries should behave in a warming and potentially more dangerous world.

One of its key architects is none other than lead US envoy Todd Stern, who back in 2013 was pushing hard for a flexible deal without unenforceable targets.

“While the system of strict rules and compliance might sound good on paper, it would almost certainly depress the ambition of commitments and limit participation by countries,” he said in a speech to Chatham House in London.

“The opposite is true for norms and expectations, which countries will want to meet to enhance their global standing and reputation.

“We are well on the way to creating such norms, but we are not there yet. We need to think about ways to strengthen norms and infuse them with greater power.”

In the US, a new normal is emerging. The US coal industry is collapsing, frackers are holding their own amid an oil price slide, solar and wind developers are celebrating a 5-year tax credit extension.

Vietnam is canning all future coal power plants, while petro-states like the United Arab Emirates are planning for their last barrel of oil.

A legion of problems lie ahead. But it’s just possible a UN deal built around a US vision of the power of norms and expectations will make it harder for Washington – or any other government – to wish away.