Catholics back children’s climate lawsuit against US government 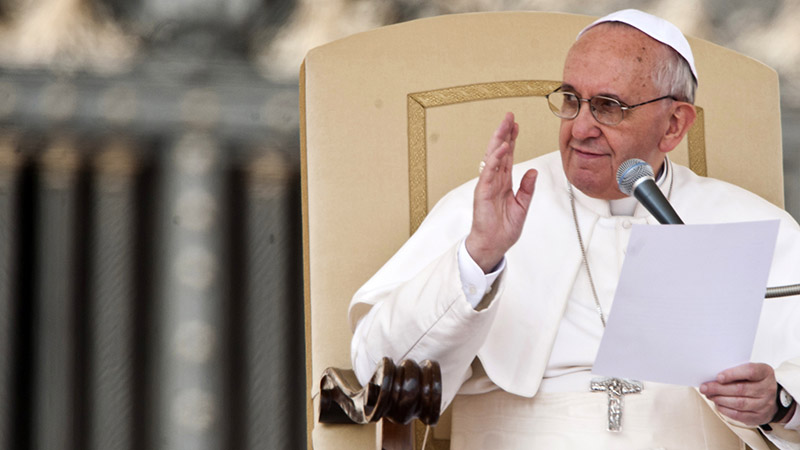 Two Catholic networks are backing a youth lawsuit against the US government, calling for stronger action on climate change.

The Global Catholic Climate Movement (GCCM) and the Leadership Council of Women Religious said the case touched on a scriptural obligation to care for God’s creation.

Citing an encyclical issued by Pope Francis last year on environmental protection titled ‘Laudato Si’ (‘Praise be to you’), they filed a document siding with 21 young plaintiffs.

It sets the church at odds with big oil, after three trade associations weighed in on the government’s side last week.

Tomas Insua, global coordinator at the GCCM, which represents more than 250 Catholic organisations and individuals, said: “Laudato Si’ reminds us that ‘Intergenerational solidarity is not optional, but rather a basic question of justice, since the world we have received also belongs to those who will follow us.’

“By supporting this initiative, we join our voices with the young plaintiffs who are calling for climate justice and the protection of the atmosphere for generations to come.”

The children, aged between 8 and 19, argue in a complaint to Oregon district court that US policy does not do enough to protect them from the impacts of global warming – and that violates their constitutional rights.

With the support of non-profit organisation Our Children’s Trust, they hope to persuade judges to enforce steeper greenhouse gas emission cuts.

“Our moral call to protect the common good (and not the profits of a selfish few) is clear in the Pope’s call to action,” said 14-year-old plaintiff Nick Venner in a statement.

It was “so exciting” to get the Catholic networks’ backing, he added. “I thank God for their support in our fight to save our Nation’s climate.”

Climate scientist James Hansen is also named in the suit as a representative of future generations. He advises that a “safe” level of carbon dioxide in the air is below 350 parts per million. Fossil fuel burning has already pushed CO2 above 400ppm.

Despite President Barack Obama’s high profile support for the climate agenda, his administration has sought to get the case dismissed.

Climate policy – balancing social, political, and economic considerations – is a matter for government, not the courts, the Department of Justice argued.

For once, it put Obama on the same side as American Fuel and Petrochemical Manufacturers, the American Petroleum Institute and the National Association of Manufacturers. The three industry bodies, whose members include ExxonMobil, Koch Industries and BHP Billiton, say the case poses a “direct, substantial threat to [their] businesses”.