France calls on diplomatic cavalry as climate talks heat up 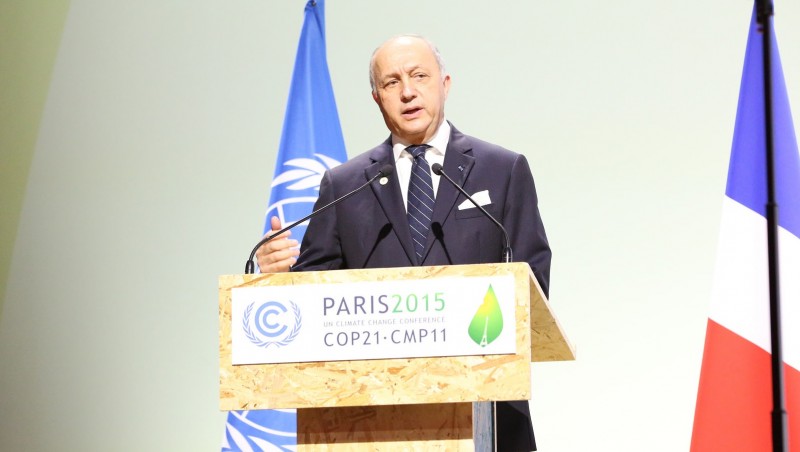 France has drafted in a troika of heavyweights to try and thrash out a compromise between countries at the Paris climate talks.

Former UN climate chief Michael Zammit Cutajar has been joined by French ambassadors Francois Delattre and Philippe Lacoste to try and bridge gaps between leading groups at the UN summit.

Negotiations have now entered a critical phase with less than 24 hours remaining before a deadline set by the French hosts to agree on a new set of options for ministers to consider next week.

A new draft agreement was published at 10:00 on Friday morning, cut from 23 to 19 pages and complete with suggested areas of compromise.

Nearly 200 countries are now involved in rolling negotiations that could continue through the night, as they seek to whittle down proposals to slash global greenhouse gas emissions.

“It’s movement in the right direction, but there are plenty of things we won’t and don’t like,” said lead US envoy Todd Stern.

“We are still a long way from a text that is ready for political decision making,” said Pete Betts, the EU’s lead negotiator.

France foreign minister Laurent Fabius used a Friday press conference to plead with governments to accelerate their work. “We are not there yet, we hope for a spirit of compromise,” he said.

Ahmed Djoghlaf, an Algerian diplomat chairing discussions, urged the variety of groups to work as one. “No more group of G77, no more Umbrella [a group including the US, Australia and Japan]. Just group of humanity,” he said.

TOP 5 LOGJAMS:
Finance: Who pays what, how much and when
Loss and damage: How can vulnerable countries be adequately helped?
Warming limit: Should the 2020 deal aim for a more ambitious 1.5C threshold?
Transparency: How tough should a new climate action reporting regime be?
Reviews: Should they start before 2030, and who should they include?

Despite ongoing tensions, one EU negotiator said discussions are at a “much, much better position” than at a similar point during the ill-fated 2009 Copenhagen negotiations, which ended in acrimony.

Still, divisions persist over familiar lines. Key issues include when reviews of national climate plans should start, who should contribute to the climate finance pot and what level of warming the UN should aim to avoid.

“It is essentially a contest between the wants of developed and developing nations. It is not a question of country X and country Y,” India’s lead negotiator Susheel Kumar told Climate Home.

“Broadly, the asks and demands of developing nations are in one category and the expectations of developed nations in other category.”

Yvo de Boer, the UN’s top climate official from 2006-2009, told Climate Home a new deal should stipulate clear support for poor nations over the decades to come. “I think finance is the biggest challenge here,” he said.

One key demand from the 134-strong G77 and China group of developing countries is that a 2009 promise from richer nations to mobilise US$100 billion a year by 2020 is continued over the coming decades.

EU officials say they could consider inscribing the $100 billion goal in a 2015 deal if all governments submit to regular 5-year climate plan reviews, agree to tougher transparency measures and agree that all countries “in a position to do so” contribute climate funds.

That phrase met with considerable hostility on Friday, with Saudi Arabia a leading opponent to the idea emerging economies would be obliged to cough up climate funds under a post 2020 regime.

“The term ’in a position’ means there is some criteria which judges if you are in the position to deliver it,” said Liz Gallagher from the London-based E3G think tank.

As a result the oil-rich Saudi Kingdom, the world’s 13-richest economy, could find itself under a long term UN funding obligation.

Quizzed on the need to force developing countries to fork out for climate funds, US envoy Todd Stern argued many had already committed significant amounts.

“There have already been any number of developing countries that have started to be contributors in their own right,” he said, pointing to China’s $3.1 billion announcement of South-South cooperation earlier this year.

Smaller battles are still raging over the inclusion of words that would enshrine the rights of indigenous peoples and women.

Earlier on Friday, a group of 30 protestors banging drums camped outside one of the main negotiating halls to demand ‘climate justice’ for small tribes who fear they could lose out under a new climate deal.

Still, outside the talks observers remained positive, largely due to the swathe of pledges still pouring in from business, cities and regional governments.

On Friday, insurance industry leaders said they would double climate investments to $42 billion, while the organisers of the Montreal Carbon Pledge said 120 companies with $10 trillion of assets had now agreed to measure and disclose their carbon footprints.

A Yale University study, published on the UN website, said 15 of the world’s largest banks worth $2 trillion had now made pledges to invest in green.

“We don’t have an agreement yet but most of the people who are not negotiating have their sleeves rolled up around here working out how to implement INDCs (carbon plans),” the World Bank’s climate chief Rachel Kyte told Climate Home.

De Boer, a veteran of these events, said talks would likely get tougher before the end.

“These conferences follow a predictable cycle… a euphoric beginning followed by deep depression, then a sense of up-liftment at the end of the first week, to sink back into utter despair and celebrate success at the end of two weeks,” he said.

“That signifies this is not easy.”