Susheel Kumar, a key negotiator of Indian delegation opens up to Climate Home’s Avik Roy on what is at stake and India’s determined position at COP21 in Paris 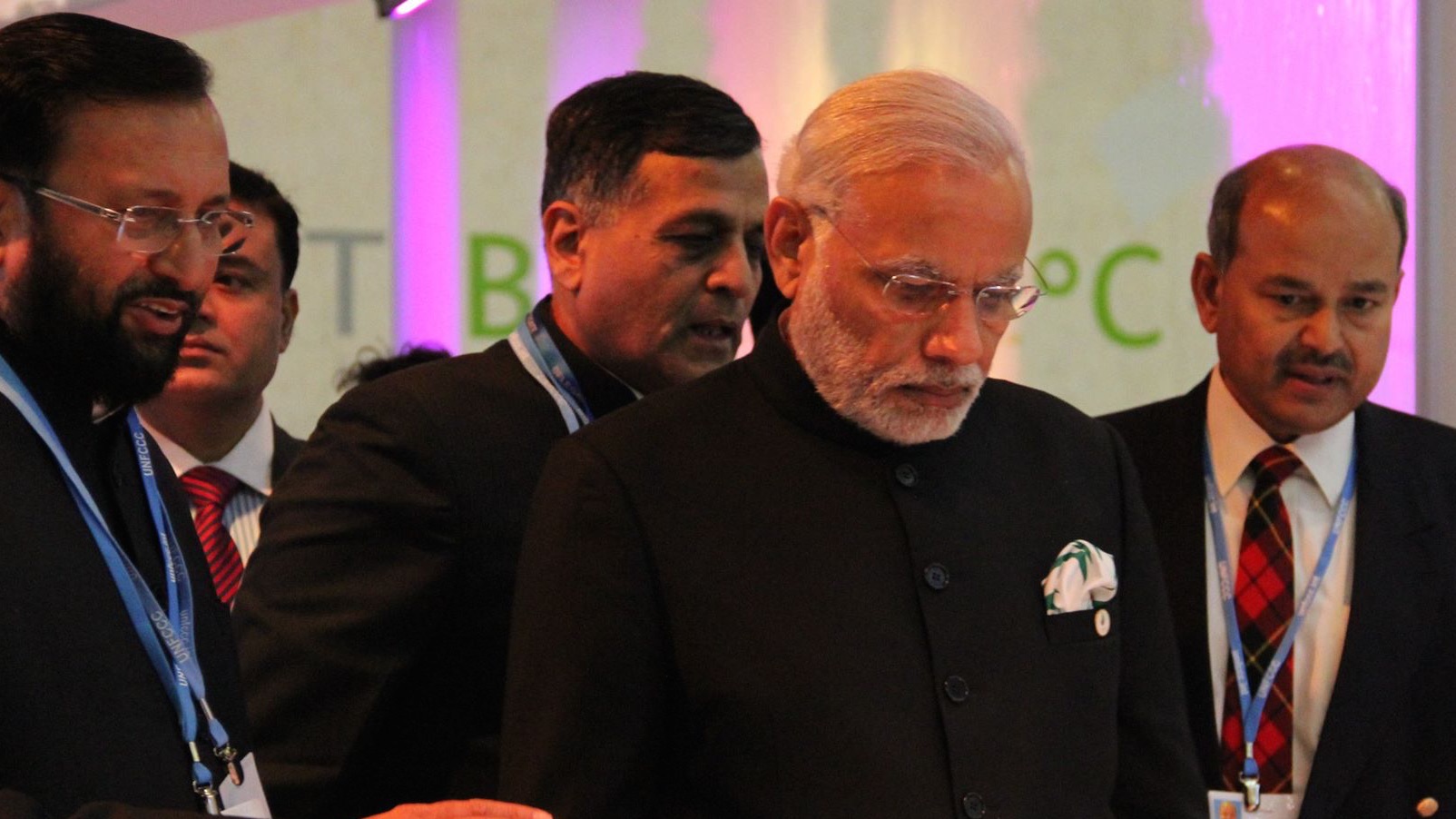 Only a day is left before a text needs to be ready. Do you think ministers will have a lot of work to do when they arrive?

As you are aware the ADP process concludes on Saturday. And the ADP is working extremely hard — even till 12 or 1 am in the night — to reduce as many brackets as possible, to reduce as many options as possible and make the text streamlined. But given the paucity of time it is likely that some brackets will be left; some options are surely going to be left in the text. When the ministerial segment starts those will have to be resolved and trimmed out. I think in this joint endeavor at the ministerial level assisted by the negotiators work will remain to be done.

What are the areas that concern you?

There are no specific areas that concern us. All the areas are important. We have our views on all articles, all pillars that is broadly the views articulated by the developing nations. We are together as a group.

Are there no bottlenecks for India at Paris?

What are the blockages in the issue of Finance? China has already offered $3 billion. So why is adding poorer countries to a donor list problematic?

That paradigm has to remain. China has contributed not to the financial mechanism of the convention. They have contributed to a foundation of South-South Cooperation. That is on the basis of principle of solidarity. India does that too.

If any developing nation provides some help to another developing nation on the basis of solidarity that cannot be a substitute for the climate finance which developed nations have to provide under the convention. That’s the differentiation.

Is India seeking any financial support from the developed nations to realise its goal?

What we have to say we have laid it out in our INDCs. We have said that on a 15-year timeframe our total requirement would be about 2.5 trillion US dollars, part of which will come from our domestic mobilisation and a part has to come from international help.

And at the same time India is also willing to contribute almost $30 million dollars of climate finance?

Yes, that is an initiative India has undertaken to engage with all the countries between the two tropics to achieve the sustainable development goal of affordable energy access for all by 2030.

How do you see the issue of differentiation being applied to all areas of the agreement?

We want CBDR to be retained fully in this agreement because that is one of the core principles of the convention. That would mean that under each article whether it is mitigation, adaptation, finance or technology transfer, differentiation exists. We have already inserted that formulation in each of these pillars in the text. We sure they will remain during high level intervention.

The world has come a long way since 1992, the countries were first split up as developed and developing. Should a new deal not recognise this new paradigm?

We have no problem. Whatever we have pledged earlier, even though we are not expected to give a pledge, we are well on course to achieve it. So, if there is a legally binding agreement we are okay with it.

Loss and damage is a bone of contention at these talks. How vocal are you for this to be part of a deal?

We are supportive of Loss and Damage. It is one of the components of justice which Prime Minister Narendra Modi talks about. There is going to be no separate agreement on loss and damage, but one the articles proposed under the agreement.

Experts say that if India continues to invest in coal-fired energy, like it currently plans to, that the world will blow past 2C. What is your reaction to that?

Even developed nations like the US, Japan, Germany are continuing to invest in coal. It is not something which India does alone. Check the data on coal. The US and the west have developed on the back of energy from coal for the last 150 years.

They increased their consumption from 0.5 metric tonnes in 1870 to nearly 4.5 metric tonnes per capita few years ago. They grew 9 times on their coal consumption and back of this low cost energy they made their highways, railroad, and factories and got their people jobs.

And what about a 1.5C limit to global warming… climate vulnerable countries say this is a red line for them?

There is an agreed political text that the world will move towards a temperature rise of 2 degrees centigrade or less over pre-industrial levels.

We remain committed to that. I would like to emphasise that either the 1.5 or 2 degree are truly scientific numbers. They emerged out of a range that came out of science. When you say you limit to 2C I don’t see any reason why it cannot be less than 2C.