Latest news, views and colour from the UN climate change summit in Paris. Sign up to our daily newsletter here 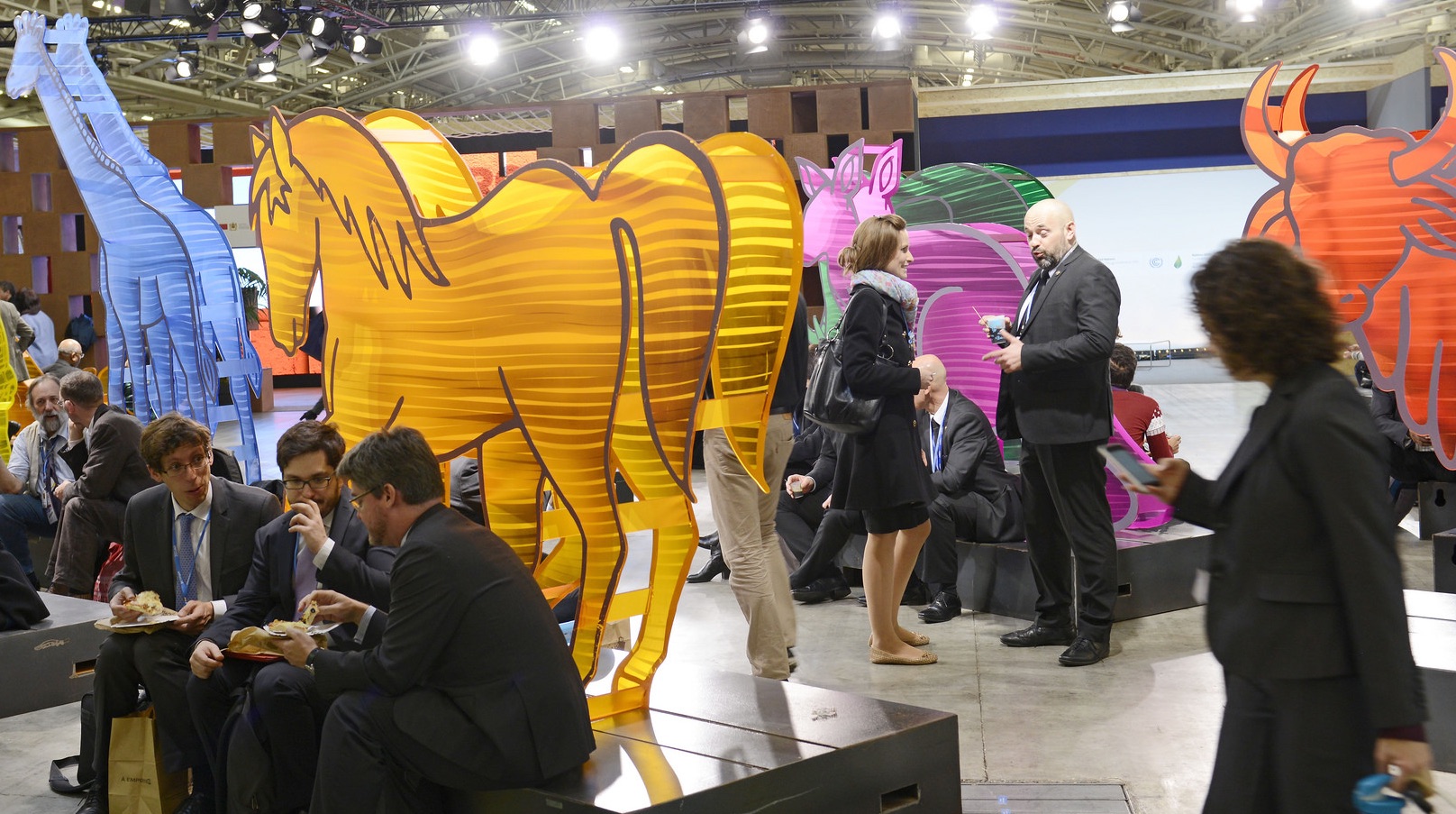 Who’s listening to your conversation? Three negotiators have told Climate Home they are holding sensitive meetings in noisy areas outside their main offices.

The envoys – two from developing countries and one from from an EU nation – say there are genuine fears rooms have been bugged and that larger countries may be listening in on meetings.

“No, it wouldn’t surprise me. If we’re getting to the point where climate negotiators need to be bugged, it’s a sign we are finally getting somewhere.”

According to documents passed to Wikileaks by Edward Snowden, the US National Security Agency monitored communication between major countries at the 2009 Copenhagen summit.

The Snowden leaks suggested the climate talks became a “serious intelligence priority” for the UK government from 2011.

Everyone has been at it in the past. US State Department officials believe their computers were compromised at the 2010 Tianjin conference in China by Beijing hackers.

Unrelated but serious, the Anonymous group yesterday leaked the names and passwords of over 1000 officials and delegates to the Paris talks.

The group said it was protesting at the banning of climate marches in the city during the talks – the government said it could not guarantee people’s safety in light of recent terror attacks.

“We could deface the site, but that won’t hurt them, we know data leak will and does, so there’s more to come,” the Anonymous member told IBTimes. “These hacks are not just against police brutality, these are also against COP21 to support Global Climate March.”

QUOTE OF THE WEEK
“Watching TV news is like taking a nature hike through the Book of Revelation” – former US vice president Al Gore remarks on Chennai floods, California drought and other climate-linked disasters

How are the Paris talks looking? That depends who you speak to and what aspect of discussion you’re focusing on. Every day each key element of a global deal is discussed in a spin-off group, with so-called “informal informals”  to deal with difficult issues.

Every evening at 7 the official “facilitating” each discussion reports back. Most say there has been good progress on what they are working on; but much still to look at; too slow, because there’s no proposal to speed up. The trouble is it’s the only process available and speeding up is an appeal for others not to speak.

Last night there were angry interventions in the 7pm session from the 134-strong G77 and China group, specifically around the lack of adaptation finance. “I’m out of words, it’s just not right,” said Juan Hoffmeister, a Bolivian negotiator.

Still, other sources tell Climate Home this does not mean finance for helping poorer nations cope with climate impacts is off the agenda, just part of a wider set of battles.

“There are signs of tension, but to think by leaders showing up on the first day you can iron out wrinkles people have fought over for decades is on the side of optimism.

“These conferences follow a predictable cycle… a euphoric beginning followed by deep depression then a sense of upliftment at the end of the first week, to sink back into utter despair and celebrate success at the end of two weeks. That signifies this is not easy.”

Lisa Friedman at ClimateWire has a look at how some countries are trying to exorcise references to human rights from a UN climate deal. Why is it important?

Many argue a climate deal must have some mention of why efforts to curb emissions must ensure the rights of all are protected, otherwise potentially damaging mitigation technologies could be used across the world.

One envoy said Saudi Arabia was sabotaging the human rights debate by including references to “the rights of people under occupation”, a reference in UN parlance to Palestinians. Follow her on twitter @LFFriedman

These talks are now so mainstream that not only does Vladimir Putin turn up, but Vogue does a profile of some of the top women involved. 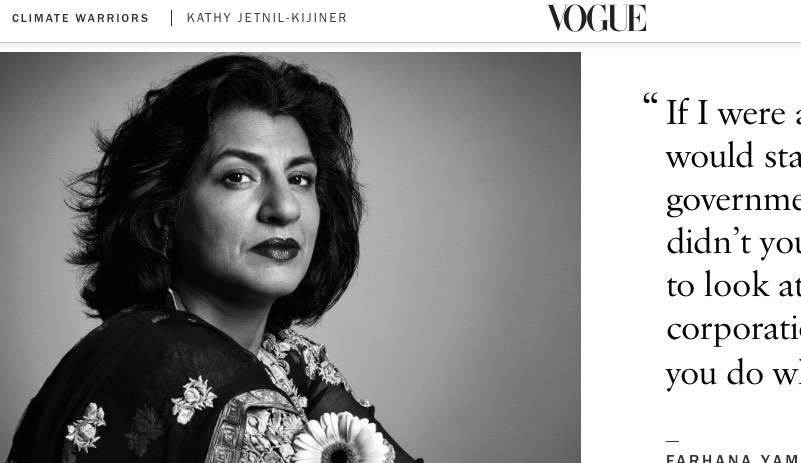 Make sure to visit the Dutch pavilion at lunchtime and the Mexican pavilion in the evening for your daily sugar hit. Stop at two or you’ll be hopping all night. Trust me.