Climate frontline: The Kenya province counting on a Paris deal

Pastoralists in Turkana say their traditional way of life is under threat from rising temperatures, environmental degradation and a nascent oil sector 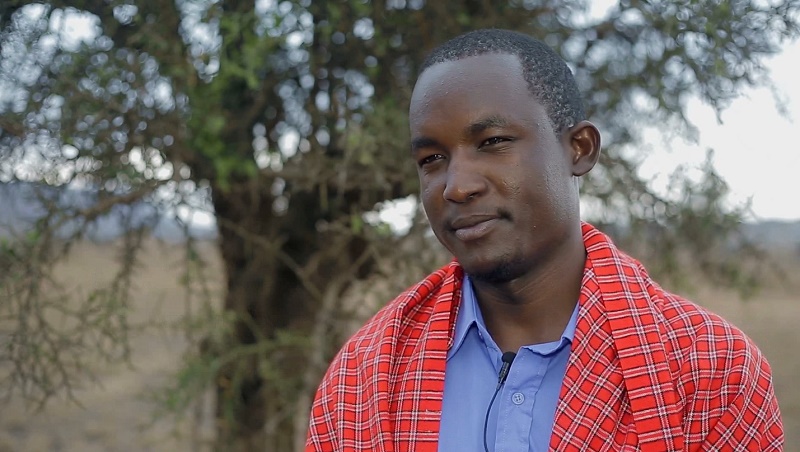 Raised by pastoralists and armed with a law degree, Ekai Nabenyo wants to take on polluters (Pic: John Wambugu)

“When I began teaching my community about climate change, they thought: here’s some university boy who is just crazy, crazy, crazy.

“But as I continued and invited other people to come and talk to them, they began to appreciate the concept.”

Ekai Nabenyo was raised by pastoralists in Turkana, northern Kenya. He is due to graduate from law school in Nairobi next month.

Instead of attending the ceremony, this young activist will be 6,500km away at a UN climate summit in Paris, supported by the Global Greengrants Fund.

There, leaders from 195 countries aim to achieve what has eluded them for decades – a universal pact to slash greenhouse gas emissions. That is the main focus of developed economies, at least.

More pressing for the people of Turkana is support to cope with the impacts of global warming.

Temperatures are already rising across Africa. The continent is expected to heat up faster than the global average, particularly in dry regions.

Shifting rainfall patterns will heighten a strain on water resources, according to the UN climate science panel’s latest assessment report.

Nabenyo has witnessed once lush, green areas turning brown. Before heading off to study in the capital, he would mind the animals sometimes.

At university, he learned more about the root causes from lecturer Iwona Rummel-Bulska, who used to work for the UN environment body.

“I came to understand what climate change was all about and it opened my mind,” he tells Climate Home. “I am really so passionate about the environment.” 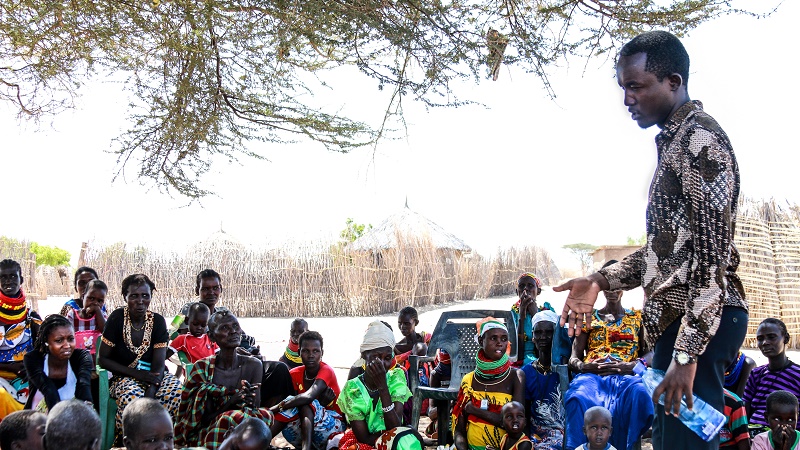 In Kenya, the government estimates in its national climate plan flooding and drought costs 3% of GDP. Striving for middle income status by 2030, it says such impacts “continue to slow down” development.

The poorest district of Kenya, Turkana is acutely vulnerable; its near one million people threatened by conflict and food price spikes even before global warming comes in.

Turkana has been “completely marginalised” for decades, says Elizabeth Carabine of the Overseas Development Institute. “Climate risk is one of many stressors.”

In 2011, those factors conspired to create a humanitarian crisis across the Horn of Africa, with millions going hungry.

Carabine is advising the regional authority, newly established in a 2012 devolution drive, on how to avoid such emergencies.

Call it sustainable development or climate adaptation, the aim is to make sure infrastructure and incomes don’t crumble when rain falls too much or not at all. 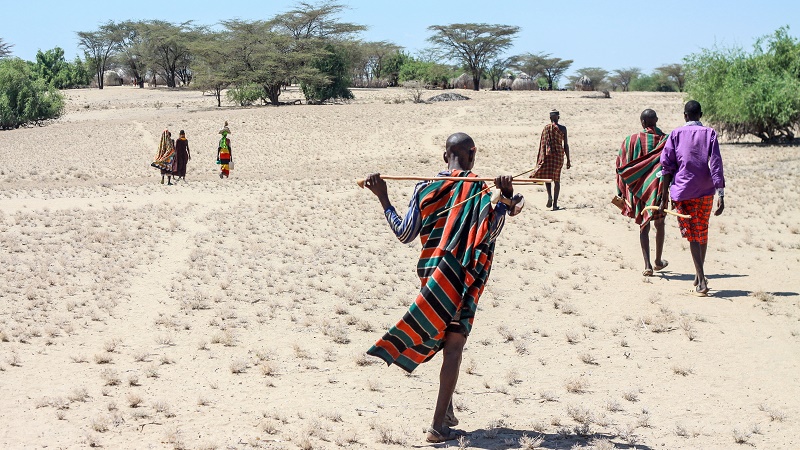 The good news is, traditional ways of life are in fact inherently more resilient than some of the alternatives thrust on Turkana by outsiders.

“From colonial times, pastoralism has been seen as unproductive and backwards – a waste of good space,” says Carabine.

Lately, by contrast, “the growing consensus is it is the only viable livelihood and production system in areas like Turkana.”

Travelling with goats and camels across wide stretches of land allows herders to make the most of scarce nutritious vegetation. It is a more drought-ready strategy than a crop that depends on rain falling in a particular field.

Problems come when that roaming ground is restricted by territorial disputes or environmental degradation, for example.

Carabine argues the government needs to invest more in the sector, linking it up to a growing demand for meat.

But Turkana’s “integrated development plan” allocates only 2% of the budget to the pastoral economy, she says, which supports 70% of the population. 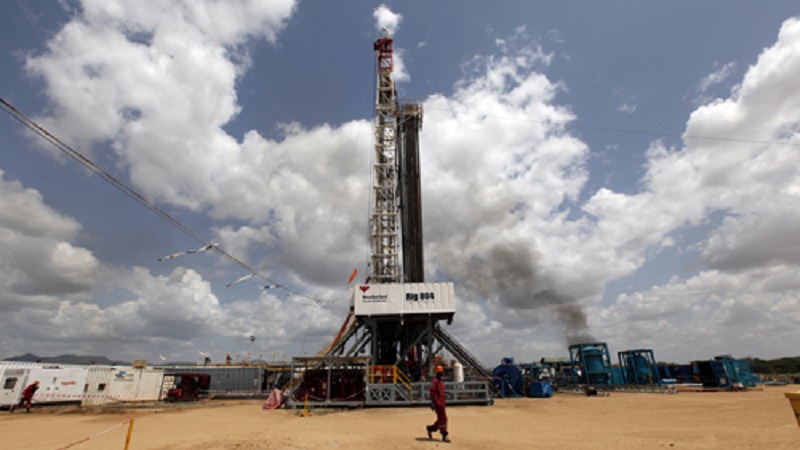 An oil rig in Turkana (Flickr/DEMOSH)

There is a new show in town that promises an alternative route out of poverty: oil.

Discovered in 2011, crude reserves in Kenya and neighbouring Ethiopia are estimated at 600 million barrels.

It’s not exactly the new Middle East – Saudi Arabia has more than 400 times that amount – but a potentially significant resource.

“There was happiness everywhere, people saying this is a blessing from God,” says Nabenyo.

“The oil companies came and started a camp. They employed a few of the young people from my community. I was among the guys – after high school, I worked for six months within the oil company.”

It didn’t last, as Nabenyo became increasingly concerned about the environmental and social impact.

He became a thorn in the side of Tullow Oil – the main exploration company, founded in Ireland – demanding more local jobs and consultation.

“We talk to communities about their rights to a clean environment,” he says. “Any oil company which is coming to our place has to subscribe to the laws of the land.”

Western campaigners have fought hard against oil exploitation in places like the Arctic and Canada’s tar sands, citing the climate impact.

Given Africa’s minimal historic contribution to emissions and significant development needs, its oil sector is not such a target.

In 2013, the average Kenyan emitted a third of a tonne of CO2, compared to an American’s 17t. Only 18% of households have access to electricity.

For Nabenyo and friends, it is more a question of avoiding the “resource curse” and making sure the benefits do not all disappear offshore.

In one case, he and fellow activists blocked the road for seven days. The company duly employed a hundred more people from the local area. 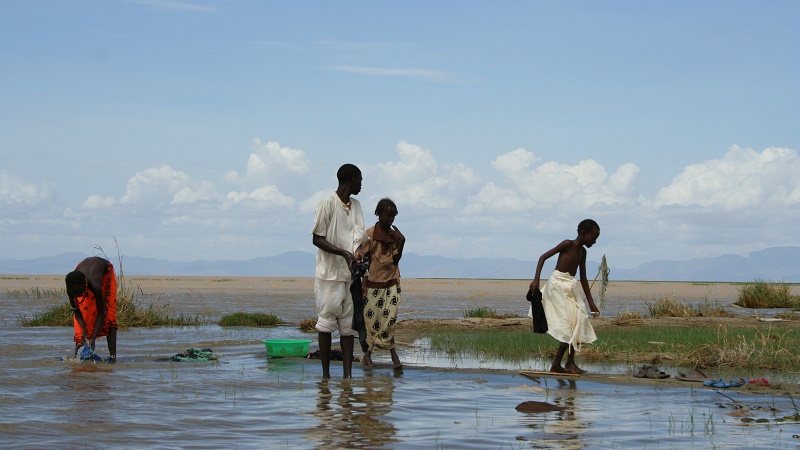 Julie-Anne Richards, advisor at the Climate Justice Programme, suggests a levy on the oil companies could fund investment in resilience for Turkana.

“It is not fair that the poorest people on the front lines of climate change should pay,” she says.

That is one option to tackle one of the most contentious issues at UN climate talks – finance.

Developed countries have promised to get US$100 billion a year flowing to climate-friendly initiatives by 2020. The would-be recipients complain there is no clear roadmap for the cash – and call for increasing sums next decade.

The UN estimates African countries will need US$35-50 billion a year by 2050 to prepare for impacts like drought and flooding.

It has proved trickier to finance than carbon-cutting projects like windfarms, which offer better returns for investors.

And what if intensifying drought pushes Turkana’s pastoralists beyond what they can adapt to? If they become refugees from a climate crisis?

Vulnerable countries argue there should be a mechanism to protect people from loss and damage caused by climate change.

It used to be described as “climate compensation”, but that was firmly rejected by the US. Now talk has turned to measures to support displaced people.

Even that carefully tempered language is contested, with rich countries wary of accepting liability for the impact of emissions.

A direct link between extreme weather events and human-caused global warming can be hard to establish, although the science is improving.

It is not clear-cut at what point the nomadic lifestyle practiced in Turkana would become climate migration, for example.

But Richards argues it is “super critical” a Paris agreement takes on the challenge.

She says: “We need to show that the world is going to stand with the people most affected by climate change.”