Tool to both verify countries’ carbon cuts and ratchet them up in the future vital to summit’s success, says Jairam Ramesh 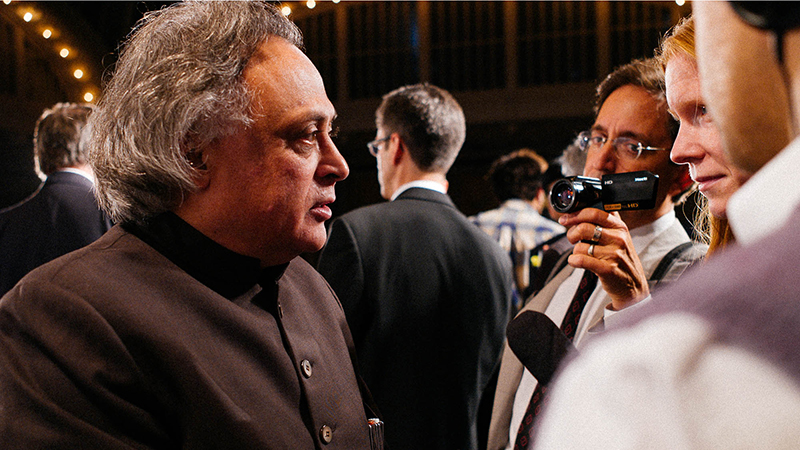 A UN climate summit in December must produce a mechanism to prove countries are making good on voluntary pledges to fight climate change, India’s former environment minister said on Thursday.

Nearly 150 countries accounting for 90% of world greenhouse gas emissions have outlined carbon-cutting visions as part of a global climate agreement.

It is an unprecedented level of engagement with the issue, but Jairam Ramesh, who led India in climate talks from 2009-11, warned it must be backed up.

“Paris has to deliver a credible system of monitoring, reporting and verification, in which countries hold themselves accountable for commitments that they have domestically made.”

National pledges would otherwise be “just pieces of paper,” he added at a London event organised by Climate Home, E3G and PwC.

A second “minimum” condition was that top carbon polluters like the United States, China and the European Union must agree to deepen emissions cuts at regular intervals, Ramesh added, who is an Indian National Congress opposition lawmaker.

“All the major emitters should be in a position to announce a very clear low carbon growth trajectory… which would enable us to have the next generation of INDCs [intended nationally determined contributions] maybe in five years.”

Yet national pledges imply a 3% annual cut to emissions for each unit of GDP, less than half that rate.

Envoys from 195 nations will have that on their minds as they descend on Paris in six weeks.

Ramesh noted conditions for a global warming agreement were more benign than in 2009, when an attempt in Copenhagen failed.

He has argued for India to take on binding cuts previously. The world’s fourth-largest emitter has committed to cut emissions intensity – CO2 for each unit of GDP – by 33-35% by 2030 on 2005 levels, and to ramp up renewable energy generation.

But he said politicians needed to make a “breakthrough”, not count on negotiators to tackle contentious issues.

“Their job is to introduce square brackets and footnotes. Not to clarify, simply and solve,” he told journalists at the event.