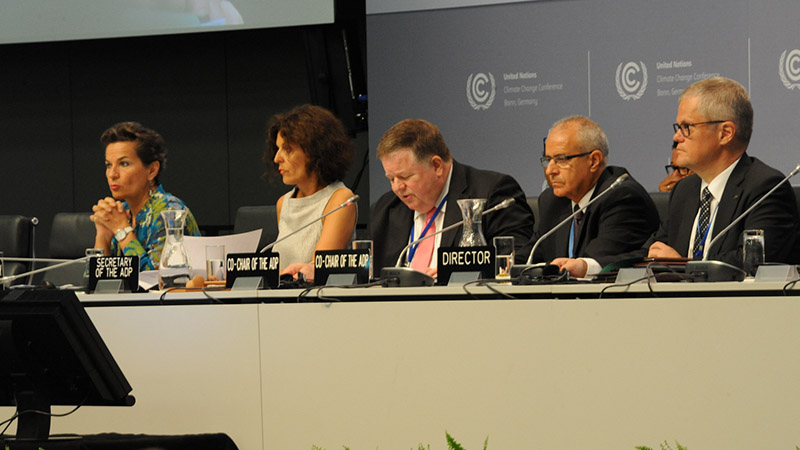 Over the past few months heads of state, civil society leaders and the UN secretary general have all voiced concerns talks on a global climate deal are moving too slowly.

Ban Ki-Moon memorably told a high-level meeting in New York this June he was concerned at the “snail’s pace” of discussions and warned time was running out.

It’s not a view shared by those running the talks, as Algerian diplomat Ahmed Djoglaf, one of the officials guiding the process, made clear on Friday in a briefing with reporters attending the Bonn talks.

“I think Ban Ki-moon is not with us. When you are the 38th floor in New York you don’t see what is going on in the basement,” he said pointedly.

“For us, what we are seeing… we are making progress and we are convinced even with this snail’s pace we will be on time on the 28th of November. There is no doubt about it.”

His climate talks co-chair, a genial State Department official called Dan Reifsnyder, concurred. Criticism that these negotiations were in crisis was misplaced.

“Given some of the difficulties, the animosity among the parties and the bitterness and deep distrust we found I think the atmosphere we have been able to create and what we have been able to do this time is frankly remarkable,” he said. (Listen to his full response in our podcast below.)

“If you base it on the past, we are way beyond where anyone could have hoped we would be by now.”

The pair were celebrating a decision by the 195 countries taking part in talks to allow them to craft a draft text of the agreement the UN wants a December summit in Paris to rubber-stamp.

We know from what they said the draft will be far shorter than the 80+ pages a current text runs to. And we also know it will likely distill, condense and in some cases erase proposals by governments they deem lack support or relevance.

Yet their analysis and bullish confidence left journalists covering the UN’s September climate conference in Bonn perplexed. Many envoys involved have complained of the lack of movement at this week’s negotiations.

On Wednesday, a lively evening meeting of all countries saw representatives from Malaysia, India, Saudi Arabia, the Maldives and EU press their microphone buzzers to register their frustration. The Saudis said a “quantum leap” was required. UK official Pete Betts warned “we are running out of time”.

Speaking after the session, an envoy from a developed country grinned and said he hoped the UN had a secret plan.

Another negotiator RTCC spoke to tried to paint a brighter picture. It was worse before Copenhagen he said, referring to the time world leaders tried and failed to seal a climate deal in the winter of 2009. 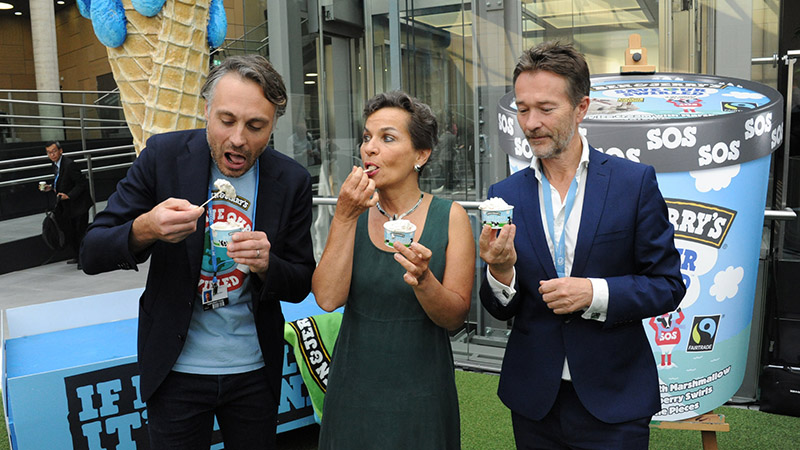 With five days of UN-backed talks left before the 2015 Paris summit opens on November 28, many reporters suggested to the UN’s climate chief Christiana Figueres an ambitious deal was looking unlikely, which prompted a passionate response.

“The question of pace is somewhat of an irrelevant direction. It’s more important to ask are we actually moving in the direction that we should with all the components,” she said.

Figueres argued that a three tier process involving these talks, a French-run ministerial process and Ban Ki-moon’s outreach with world leaders were “working assiduously towards Paris”.

National climate plans are also on track, she said. Brazil and India are expected to cough up their proposals this month, adding to those of the US, China and EU – a total of 58 countries so far.

“Every single country remains engaged and committed to the ultimate destination. The question is do we remain moving in the direction of progress? Most definitely.”

They’re also on a tight timeline. Scientists say current greenhouse gas emissions are such that warming above the 2C danger zone will be guaranteed within 30 years.

Failure could lead to rising sea levels, more floods, droughts and other extreme weather events that have the potential to stunt economic growth and destabilise some regions.

That makes a proposed UN agreement in Paris this December essential. Even if it is finalised, it will only come into effect from 2020.

Laurence Tubiana has a critical role in the next few months. France’s chief climate diplomat is regarded as the brains behind the Paris talks.

While she will leave the grandstanding to foreign minister Laurent Fabius, she is evidently the official envoys look to for guidance and a barometer for progress.

With 20 of the allotted 35 UN negotiating days in 2015 now gone and no deal in sight, one would expect her to be looking tense. Not a bit of it. Either she is a great actress or exudes calm because she knows this process will take time.

The benefit of the Bonn session was that countries “know every detail of everything,” she said, swapping jokes with Figueres in the closing press conference. “Everyone knows the position and detail of everybody. One country can tell the position of another.

“Now we have to go from this to global picture and assemble the puzzle.”

Still, even Tubiana acknowledged October’s session of talks – the last before Paris – needs to offer a clear sign of where the yellow brick road starts. By then, she said, a “clear global picture is essential.”

Despite grumblings inside the conference and outside on social media, there is a widespread agreement Reifsnyder and Djoglaf have played a poor hand well.

Intentionally or otherwise (opinion on this is mixed), they have led 195 countries to the edge of failure and forced them to peer over.

“They had the advantage there was really no Plan B,” said Alden Meyer from the US Union of Concerned Scientists, an observer of these talks for 25 years.

While the fundamentals remain – a huge text, little consensus – Meyer spied chinks of light amid the Bonn gloom.

One example related to the sometime-toxic discussions on how poor countries will be helped to cope with future climate impacts, known in the talks as loss and damage.

These small steps are significant, said Meyer: “The landing zone is fairly clear. There has to be some reference to loss and damage for developing countries, but no mention of compensation or liability, otherwise the US and developed states won’t be happy.

“You need a reference of it being a permanent part of landscape and operational bits in the decision text… then you have a deal.”

Other areas of incremental progress were observed during a session on how ambitious carbon cuts could be represented in the Paris agreement, said Christian Aid climate advisor Mohamed Adow.

There countries showed a greater collective understanding of how 5-yearly climate plan reviews and a long term climate goal could work, he said. So-called “bridging proposals” on this issue and others are already dripping into the UN’s online in-tray, where a wide range of views can be analysed.

Talks on a new transparency regime offered promise, said Meyer, as did discussion on the tricky issue of how responsibilities be divided between countries deemed rich in 1992 and fast-growing emerging economies.

“I’ve been watching this for 25 years and that was the most constructive, trust-building discussion on that issue I have seen in this progress,” he added.

The new draft text, due in the first week of October, will be “coherent, concise and comprehensible” promised Figueres, setting the bar high given previous efforts over the course of this year.

It will cover two areas – a core legal agreement that forms the treaty world leaders will sign and a separate set of decisions that will detail how this will be achieved.

Still, not everyone believes there is no Plan B. Ronnie Jumeau, Seychelles climate ambassador, said the parallel strand of ministerial talks and relative success in that venue had led some to speculate that another agreement is being cooked up just in case.

“Some people have noted how quiet China and India have been. People are saying – is there another process going on somewhere? Is there something happening politically that will sort out what the negotiators can’t in the lead up to Paris? Why are people telling us politicians are ahead of these negotiations? We’ve all noted it.”