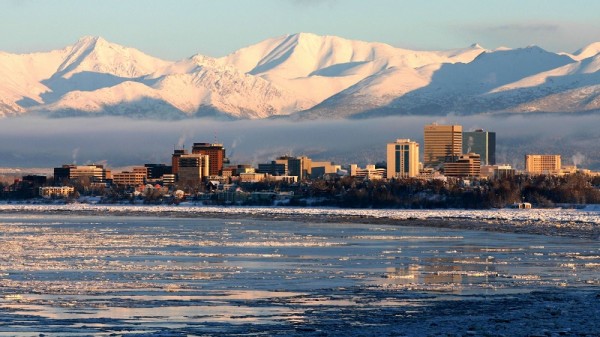 GLACIER – A contender for backronym of the year, the Global Leadership in the Arctic: Cooperation, Innovation, Engagement, and Resilience (Glacier) summit takes place in Anchorage, Alaska on Sunday and Monday. Led by the US, it brings together some of the world’s highest-emitting countries to focus on the impacts of global warming on the polar region. Leehi Yona outlines seven things to know about the meeting.

NORTHWEST PASSAGE – One consequence of global warming in the Arctic is the opening up of the Northwest Passage. The Observer’s Robin McKie took a trip through the “bleakly beautiful” landscape.

GREEN PHOTO-OPS – After headlining the Glacier summit, US president Barack Obama is set to visit an actual glacier, before meeting fishing and indigenous communities in Alaska. But the state’s Republican senator, Dan Sullivan, told Associated Press he needed to think about energy development too: “What there’s concern about is that he’s going to use Alaska as some green screen for climate change, when he doesn’t take the opportunity to dig into other issues that are important to Alaskans.”

DRILL BABY DRILL – Climate campaigners, on the other hand, are branding Obama a hypocrite for giving Shell the go-ahead to drill for oil in the Arctic. He defended the decision in his weekly address on Saturday. “Our economy still has to rely on oil and gas,” he said. “As long as that’s the case, I believe we should rely more on domestic production than on foreign imports.”

BONN – While these political debates rage, negotiators have technical issues to thrash out at interim talks on a climate deal this week. With only 10 scheduled negotiating days before December’s Paris summit, there’s a lot of work to do on the 83-page text. Here’s our preview.

THE EMISSIONS FACTOR – If you prefer your climate insights in audio form, check out our new podcast. Veterans Richard Black and Farhana Yamin discuss the latest developments, with input from US journalist Lisa Friedman and former EU climate chief Connie Hedegaard.

PARIS MINISTERIAL – After the technocrats’ five-day session, 6-7 September will see government ministers from several countries get together in Paris to try and make progress on the politics.

HOT HOT HEAT – Lest anyone forget what this is all about, the likelihood of 2015 being the hottest year on record is only increasing – to 99%, according to veteran climate scientist James Hansen. July was yet another record-breaking month, while a developing El Nino system means a warm forecast. It would take a Krakatoa-scale volcanic eruption to cool things down, Hansen told The Independent.