Why restoring degraded land is crucial to the climate

A new fund is aiming to cut emissions from bad land management and improve food, energy and water security 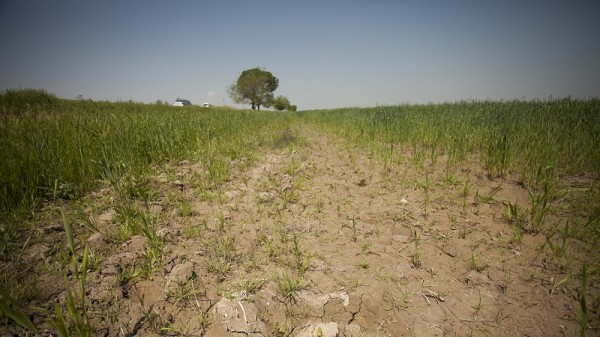 Land is a fundamental natural resource, providing food and livelihoods for billions of people around the world.

Soil and land also play a key role in addressing economic inequality, maintaining biodiversity and combating global climate change. Whether it is forests, grasslands, savannahs or deserts – terrestrial ecosystems are a key to building a more sustainable future.

Yet, land is under threat. Land degradation – the reduction in the quality and productive capacity of land and soil due to extreme weather conditions and human activities such as deforestation, unsustainable agriculture and invasive mining – has quickly become one of the biggest challenges of the 21st century.

Worldwide, two billion hectares of land are currently degraded – an area larger than South America. Of this, 500 million hectares are abandoned agricultural land.

With an expected global population of 9.5 billion by 2050, land degradation, population pressures and climate change increasingly tax our natural resource base beyond its carrying capacity. Available cropland per person is falling precariously.

With 52% of agricultural land moderately or severely degraded and with more than 12 million hectares lost to production each year; demand projections for crucial resources – especially productive land for food, fuel, fibre and water – outstrip all future scenarios for supply. 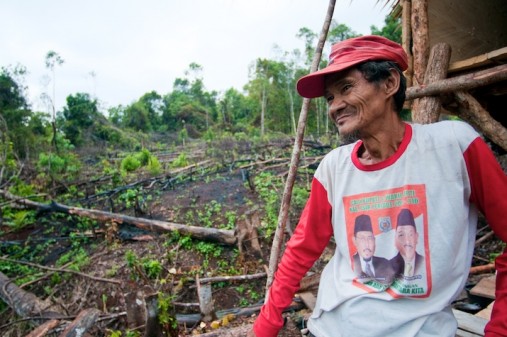 When land stops being productive, it drives forest clearance (Flickr/CIFOR)

According to the Intergovernmental Panel on Climate Change’s latest assessment report, nearly a quarter of all global GHG emissions are due to agriculture, forestry and other land use (AFOLU). This makes AFOLU the second largest emitter of GHGs.

It is clear that land degradation needs to be addressed as a matter of urgency. The UN recognizes the importance of this issue in its proposed sustainable development goals (SDGs).

Only a sustainable landscape management approach can establish land degradation neutrality (LDN), maintaining and wherever possible improving the condition of land resources.

However, securing finance to support the wide-scale application of such an approach remains a major problem.

Analysis: Why love of landscapes is central to climate challenge

The Global Mechanism (GM) of the United Nations Convention to Combat Desertification (UNCCD) has established the LDN Fund to answer precisely this challenge.

The Fund is designed to act as a coordination platform for blended finance, established as a Public-Private Partnership (PPP) among private institutional investors, international finance institutions and donors.

It supports the transition to LDN through land rehabilitation while generating revenues for investors from sustainable production on rehabilitated land.

The Fund seeks to mobilize US$2 billion annually, with a potential total of $50 billion over 20 years.

As a demonstration of its commitment to encouraging workable sustainable business solutions, the Fund will be privately managed.

The GM recognizes that public approaches alone are insufficient in stemming the tide of growing land degradation. It is only in close cooperation with the private sector that viable and sustainable business models can be accelerated and brought to sufficient scale.

Through public and private investments, the LDN Fund will promote the rehabilitation of a minimum of 12 million hectares of degraded land a year.

The Fund will then support, with long-term financing and technical assistance, the sustainable and productive use of rehabilitated land, with a focus on large scale land restoration and rehabilitation projects.

The LDN Fund adds value to existing international commitments via a landscape approach which understands intensified, profitable agricultural production as dependent on the simultaneous protection and preservation of ecosystem services.

Profit considerations are key for private investors and the Fund will target average market returns in line with established risk/return profiles. The returns will come from the value generated by upgrading and repurposing land for sustainable production and use.

The goal is for the Fund to turn stranded land assets into productive ones, enabling landowners and land users to establish or expand profitable and sustainable business models on land that was formerly degraded, underperforming or abandoned. 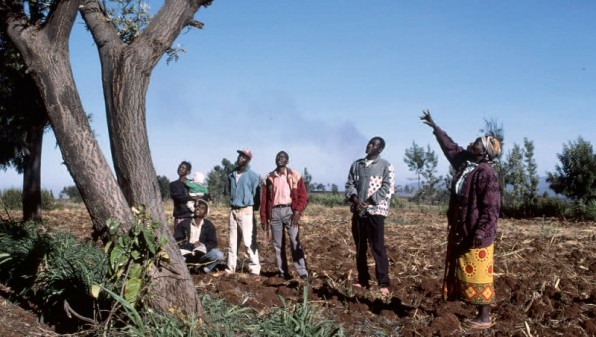 A women explains the benefit of having trees in the field, Kenya (Flickr/Program on Forests)

In designing the LDN Fund, the UNCCD has learned from a range of other viable approaches. For example, the Althelia Climate Fund, which provides finance to conservation activities, has successfully managed to secure capital flows to land restoration.

The benefits of the LDN Fund, however, go beyond generating revenue streams for sustainable land use and protecting vital ecosystems.

They are also to be found in the mitigation of climate change through the cost-effective sequestration (or avoidance) of up to 20% of global CO2 emissions by 2050. This is a meaningful contribution if we are to remain within an agreed global carbon budget.

Further, the Fund increases the resilience of vulnerable populations and contributes to the achievement of climate change adaptation at scale, particularly in terms of improved food, water and energy security.

Initial success will mean slowing and eventually halting the trend of global land degradation. However, the Fund’s disruptive potential lies in its role as a catalyst for the replication of efforts across developing and developed countries so that the two billion hectares of land already degraded can be reclaimed, too.

This may seem like a tall order but the implications for global climate change, food and water security, ecosystem protection as well as economic opportunities for local communities would be immeasurable.

As such the official launch of the LDN Fund at COP21 in Paris this year could just be the game changer needed on the road to sustainable land management.