9 things we learned at the UN climate talks in Bonn

Climate talks are like pregnancy, Ethiopia is more climate-forward than Australia and God is on the climate’s side 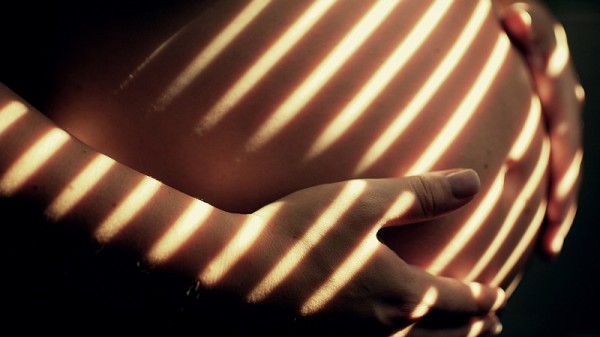 After 10 days of UN climate talks in Bonn, we are little the wiser about what a global pact could look like.

The crunch issues of how to cut greenhouse gas emissions, adapt to a changing climate and finance it all were swerved as negotiations edged forward on procedural questions.

There are just 10 more negotiating days scheduled before the critical summit in Paris this December.

So what have we learned?

“You just have to wait until the baby is born to see its face,” says Laurence Tubiana.

France’s top climate diplomat urges journalists to be patient. It may look like nothing is agreed, but in the womb of the negotiating chamber a deal is slowly maturing.

Let’s just hope the delivery of a global deal won’t be accompanied by blood, defecation and bellowing obscenities. Pass the epidural.

It turns out it’s quite hard to write a document when you have 196 editors. That’s the number of parties to the UN climate talks.

That’s why, after 10 days of negotiation, the “streamlined” text is barely shorter than the one they started with.

Over to the co-chairs, who have been told to condense the vast document into a clear set of options by 24 July.

But negotiators reserve the right to change what they write if it doesn’t reflect their interests.

So they’re calling it a “tool”, to make it quite clear countries are still in control. Whether it’s a sledgehammer or a scalpel remains to be seen. 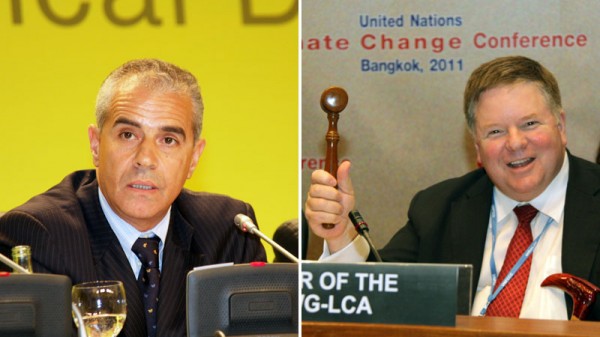 3. The co-chairs are sensitive to criticism

As they draft this “tool”, the co-chairs are coming under the spotlight than ever before.

Ahmed Djoghlaf of Algeria and Dan Reifsnyder from the US have a vital role in keeping the talks on track.

But they are not all that comfortable with the focus on how slow the negotiations have been, and gave an unusual briefing to journalists in Bonn.

Djoghlaf criticised the media portrayal of talks, telling journalists: “Dan and I are a little bit disappointed with the way this meeting has been covered so far.

“Saying that the process is going nowhere… I don’t think it is a responsible statement.”

4. Ethiopia is more climate-forward than Australia

One of the world’s least developed countries, Ethiopia has submitted a climate plan to the UN ahead of several richer nations.

The second most populous country in Africa is targeting a 64% cut in emissions compared to business as usual in 2030.

With a mass roll-out of clean cookstoves, 7 million hectares of tree planting and renewable power drive, it is keen to go green – provided the international community stumps up support.

Meanwhile, Australia was slated for an “evasive” and “disappointing” defence of its emissions performance.

Countries gave the world’s 12th richest economy, which has yet to file a climate plan with the UN, a grilling on its relatively weak efforts to date.

As the excellent Tumblr “Congrats! You have an all-male panel” highlights, men often dominate at conferences of all kinds.

Just occasionally, you find the opposite. In one sub-section of the talks, UN climate chief Christiana Figueres found herself on a women-only podium for the first time ever.

First time ever? @CFigueres notes that there are only women on the podium! No #manpanel here. #SB42 #SBSTA @Unfccc pic.twitter.com/6i0F0KMY6P

The UK signed off a presentation on its climate policies with “Keep calm and track progress”.

Their appropriation of the iconic wartime slogan “Keep calm and carry on” earned an appreciative chuckle. Well, you’ve got to take laughs where you can find them.

Look out for their line of mugs, T-shirts and tea towels at the next gig.

Well, maybe. In a surprise bit of substantive progress, countries agreed on a UN-backed scheme to prevent deforestation.

Known as REDD+, it aims to mobilise cash to protect trees in poor countries from illegal logging and development pressures.

While there are lingering disagreements on issues like safeguards for the human rights of forest communities, diplomats compromised in order to get things moving. It can be done!

8. Low-lying islands are not

The internationally agreed goal to curb temperature rise to 2C is “inadequate,” according to a scientific report presented at this session.

Countries like the low-lying Marshall Islands, drought-prone Kenya and storm-lashed Philippines are already feeling the effects of 0.8C warming.

They are pushing for a technically feasible but politically challenging 1.5C limit. Business as usual puts the world on a path to 3-4C.

But the report was shelved after Saudi Arabia and China used procedural arguments to shut down discussion.

Chinese negotiator Su Wei told the BBC:  “It has taken us 10 days here discussing procedural matters and we have made hardly any progress.

“We cannot add any more items to the agenda to be discussed before Paris.”

9. God is on the climate’s side

The Pope is set to release his long-awaited encyclical on climate change next week.

God’s infallible representative in Rome is expected to make a moral case for curbing emissions and the UN’s Figueres can barely contain her excitement.

“He is personally committed like no other Pope before him. He is deeply passionate and eloquent, and the encyclical will communicate that,” she said.

“It will speak to the moral imperative of addressing climate change in a timely fashion in order to protect the most vulnerable.”

What’s more, as the Guardian reports, he is seriously aggravating climate deniers in Washington.

Upcoming Papal encyclical gets thumbs up from UN #climate chief @CFigueres “It will have a huge impact” she says pic.twitter.com/nlO2a2AnTh

If that hasn’t got you going, check out this Hollywood-style trailer, courtesy of Observatorio do Clima: