How do US Senators’ climate convictions square with voters? 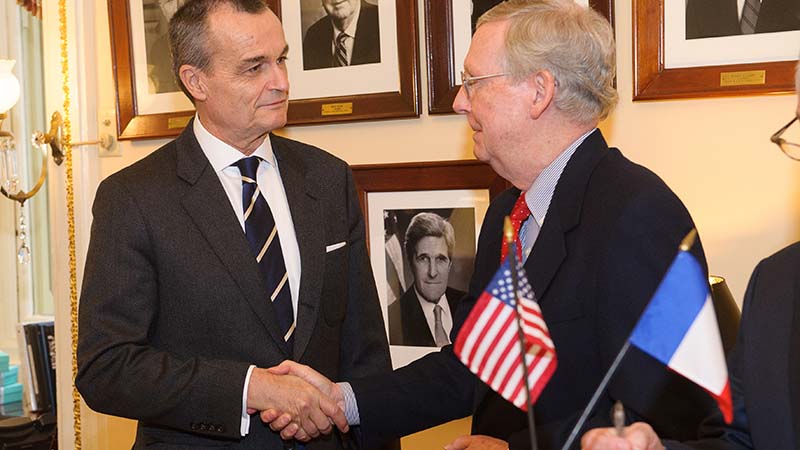 As President Barack Obama’s carbon cutting plans run into Republican resistance, new research looks at how a senator’s political stripe matches up with his state’s views on man-made climate change.

Nearly two-thirds of Americans believe global warming is happening. But geographical variation is wide. Levels oscillate between 43-80% among the 50 states.

Researchers at Yale and Utah State University compiled public opinion between 2008-2014 shown in this online tool, to carry out the first ever comprehensive survey in all 50 states, 435 congressional districts, and 3,143 counties. Their findings flag up the differences between ‘red’ and ‘blue’ states.

The study published in the journal Nature used the public opinion estimates to show senators were more likely to vote “Yea” in a recent amendment on human-caused climate change, if a majority in the state they represented supported it too.

With a UN climate pact set to be signed off later this year, it’s critical for governments and policymakers to work out what level of support the current and future US administrations will be able to offer it.

“There are a number of questions that arise once we’re able to look at these maps, such as to what extent public opinion is driven by cues from elites, such as political leaders,” one of the report’s authors, Peter Howe at Utah State University told RTCC.

“The results show the diversity of public opinion about the issue, not only between states but also within states,” he added.

49 out of 54 Republican senators rejected January’s motion voted on during the Senate’s consideration of the Keystone XL pipeline. All 44 Democrats gave their backing.

Hawaii, President Obama’s home state came out top with 69% against 32% of American adults saying global warming is at least partly man-made, rather than it wasn’t happening, or caused mostly by natural changes.

Republican Wyoming came out the other end of the spectrum. In the US’ leading coal producer, 49% of those surveyed said climate change wasn’t happening or affected by natural causes, against 48% who agreed it existed.

In Florida, the place of President Obama’s speech in the Everglades to mark Earth Day and climate denying presidential hopeful Marco Rubio, 56% believed in climate change against 42%.

In only three states –West Virginia, Alabama and Wyoming, with 5 out of 6 senators Republican – did more deny climate change’s existence than accept it.

The margin of error was approximately 5% in the study.