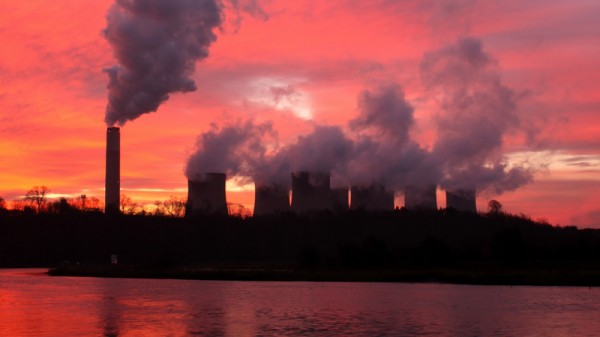 The World Bank is calling for an end to fossil fuel subsidies – so why does it continue to support coal plants? (Pic: Flickr/Martin)

As a sea of grey suits gathered over the weekend for the World Bank’s Spring Meeting in Washington DC, the bank’s president had to greet delegates with egg on his face.

At the start of last week, Jim Yong Kim announced a five-point plan to deliver low carbon growth, including a call to end to fossil fuel subsidies.

By the end of the week, the bank’s many institutions were found to have supported the development of fossil fuels last year to the tune of US$3.4 billion, a 22% increase on the previous year according to a new report by Oil Change International (OCI).

These inconsistencies smack of the worst kind of hypocrisy and strike at the heart of the World Bank Group’s credibility as a global leader in sustainable development.

As the OCI report shows, the bank is even subsidising further exploration for fossil fuels, when we know the bulk of known reserves need to be left in the ground if we are to avoid catastrophic climate change.

They also continue to fund coal-fired power plants, despite promising not to unless there was no alternative. If the World Bank is to remain relevant, its actions must match its strong statements on climate action.

This is particularly true when it comes to the subsidies the World Bank Group provides in the form of climate finance for developing countries.

In the absence of a definition for climate finance under UN agreements, there remains the potential for the Bank and others to use creative accounting in a manner that allows fossil fuel subsidies to be tagged as climate finance.

A prime example of this came earlier this month when the World Bank backed a set of “common principles” for climate finance alongside a group of leading development banks with over US$2 trillion in assets.

These principles detailed what could be considered climate friendly investments. Among the shopping list of renewable energy and public transport projects are investments in “efficient” coal power and carbon capture and storage.

The trouble is, in the absence of UN definition of climate finance, there is a danger that these principles will set a precedent.

Pretty soon, governments from around the world will be following suit and green-washing fossil fuel funding with a climate finance label.

There has already been an outcry from civil society about Japan building coal-fired power plants in Indonesia with so-called “climate finance”, and it is dangerous that the World Bank is following suit.

There is a closing window of opportunity for all countries to shift towards climate compatible energy systems.

The World Bank already plays an active role in shaping the energy sectors of developing countries, in part by providing subsidies through grants, concessional loans, and guarantees.

It is irresponsible for it to continue to use these tools to lock countries into outdated, fossil-based energy systems, and encourage investment in stranded assets.

The World Bank must lead by example and eliminate its support for fossil fuel investments, or we may be facing an increasingly divided world of low-cost, clean energy for the rich and high-cost polluting power for the poor.

Shelagh Whitley is a climate finance expert at the Overseas Development Institute. Follow her on twitter @shelaghwhitley