Fracking: what is the British government trying to hide?

Decisions over the onshore drilling need to be taken with the facts in the open, not pushed through Parliament in a rush 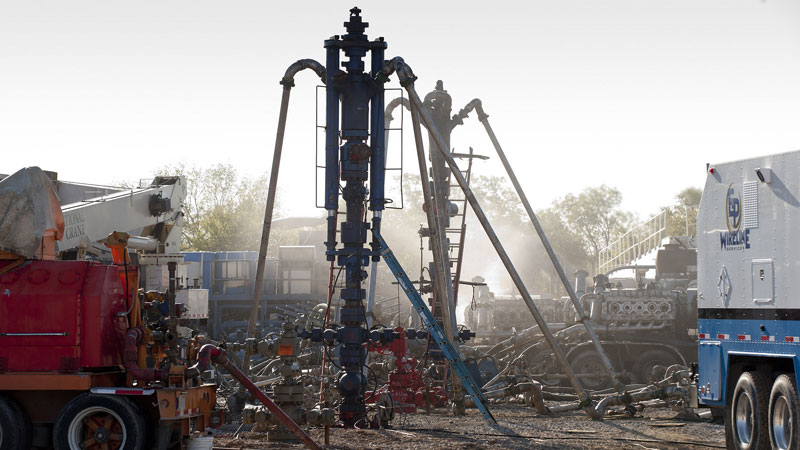 We shouldn’t need a report by Medact to tell us what fracking means for our health. We have a Government led by politicians we elect to represent us in the public interest.

We have Government Departments and regulatory agencies we pay for with our taxes to act in the public interest.

Fracking for shale gas on the scale proposed by the Government would transform our nation. The direct physical impacts alone would be experienced by millions.

We should not embark on this without a strong national consensus based on full, rigorous, and transparent consideration of all the implications, particularly the implications for health.

Otherwise this project will end in tears.

If our leaders think any great endeavor is in the national interest, they have an obligation to promote a full, rigorous, and transparent debate, as a basis for building a national consensus.

Government departments and agencies that exist to serve the public interest have an obligation to ensure that such debate is built upon the best possible understanding of what will be involved.

On fracking, alas, our leaders and our public institutions are letting us down.

The long awaited report last year by Public Health England turned out to be if not a fully-fledged dodgy dossier then at least somewhat flawed.

Its terms of reference were drawn so narrowly as to exclude some of the most significant areas of risk, not least mental health and above all the systemic risks to health associated with climate change.

The report drew, it is true, on the literature available at the time. But in this young field the evidence base is evolving rapidly.

Since the report was published a lot more evidence has emerged, including evidence of harms.

Even within its own terms of reference, the report was bound to fall quickly out of date. Its authors could have done more to highlight this.

But above all, as today’s report by Medact makes clear, PHE were naïve about what we do not yet know – if you like, the known unknowns and the unknown unknowns.

And the unknowns raise significant concerns, as the Governor of New York recognized in banning fracking recently in that State.

It would be irresponsible to expose communities here to further drilling until all health-critical unknowns are elucidated.

Above all, PHE concluded: “the risks to public health from exposure to the emissions associated with shale gas extraction will be low if the operations are properly run and regulated.”

When you think about it, that’s an extraordinary statement. It’s completely circular. It says, in effect, fracking will be safe if it is done safely.

When I read the PHE report, I found myself thinking “here is a public agency telling the government what it wants to hear, while leaving room to blame the regulators if anything goes wrong.”

This was just my personal inference, and I’m sure PHE would reject it. But I’d encourage anyone who finds my reaction surprising to read the report and form their own view.

Anyway, PHE’s conclusions have been used to suggest that there are no public health grounds for questioning the government’s haste and enthusiasm for fracking. The Medact report demonstrates that this is far from the case.

And sadly this is part of a pattern.

Fracking for shale gas is being offered to our country on a false prospectus. Potential benefits are exaggerated. Risks are airbrushed away.

Expediency overrides evidence. The people – especially those who face the prospect of fracking in their community – are taken for fools.

For a start, we are told by its champions that fracking will be good for the climate or at least compatible with a serious response to climate change.

You can’t go in two opposite directions at once.

Fracking for shale gas will lock us more tightly into a wasteful and systemically destabilizing energy system based on fossil fuels when all our efforts should be directed at building a new energy system that is efficient and carbon neutral.

Fracking for shale gas will create new constituencies of interest in fossil energy, strengthening the already stiff resistance to the energy transition we actually need.

In the UK at least, fracking for shale gas will not displace coal from the energy system. So there will be no carbon dividend here.

But it will divert political attention and investment away from renewables and energy efficiency, which is where our focus really needs to be.

And as we have heard fracking for shale gas leaks methane. How far this can be reduced in practice, and at what regulatory cost, is another known unknown.

But at the moment there is no reason to be confident that it would be cut to levels that make shale gas much better for the climate, even where it does displace some coal.

Other claims based on injudiciously optimistic or downright spurious assumptions have been made about benefits in jobs, energy bills, and energy security. No convincing case has been made on any of those grounds.

And even on the most optimistic scenario there is no prospect of affordable fracked gas flowing onto the system in significant quantities for at least a decade or more.

You can’t solve the problems of today with a solution that will only be available tomorrow if at all.

As for the risks, the Medact report offers the best assessment so far available to the British public of those that relate to public health.

But there are other significant risks as well: for example to jobs in other sectors such as tourism and farming; to house prices; and to the fabric of affected communities.

Neither government nor industry has yet been honest with the public about how disruptive this industry will be, and what it will do to the quality of life of those who live in the midst of it.

More disturbing than any of this has been the character of the debate. With the best will in the world it has not so far been conspicuous for thoroughness, rigour, or transparency.

There have been examples on all sides of willful exaggeration, deception, stereotyping, secrecy and intemperance. Coverage in the media has been sporadic and often shallow, and that has not helped.

But the systematic assault on thoughtful, honest discourse has come from those who want to go all out for fracking, from our Government and from the industry. Here are just a few examples.

A clause to allow the disposal of liquid wastes under householders’ land after drilling was added by the Government to its Infrastructure Bill (now the Infrastructure Act) at the last minute, after the period for public consultation had ended.

This was obviously going to be controversial.  The only conceivable motive for such a tactic was to suppress legitimate debate.

There is an industry association called the North West Energy Task Force, supported by the fracking company Cuadrilla.

Its purpose is ostensibly to demonstrate the backing of local businesses for fracking in Lancashire. Last week it was reported that more than half of its 343 members are based outside Lancashire.

They include an angling resort in Wales and a care home for the elderly in Yorkshire. This Task Force, it turns out, is not quite what it seems.

Until this month, the Environment Agency has made a point of consulting local communities as part of its permitting process for drilling at sites where there is a “high public interest”.

But consulting the public takes time. And the Environment Agency has been under pressure from the Government to streamline the issuing of permits.

So perhaps it was no coincidence that last week the Environment Agency published new guidance containing the following statement (and I promise you, I am not making this up):

Such a virtuoso piece of linguistic gymnastics is perhaps best left to speak for itself.

But each of these examples points in the same direction. If those responsible want debate at all, they certainly do not want it to be full, rigorous and transparent.

And the people can be forgiven for asking: “what are they trying to hide?”

We stand today at a crossroads. We are being asked to make a once in a generation choice that will to all intents and purposes be irreversible. It really matters whether or not our choice is based on a serious national debate.

We have been a global leader on climate change. If we choose fracking we will become at best a reluctant follower.

We can make it a national mission to build an energy system that liberates us from our current dependency on volatile international markets for oil and gas.

One that helps us end once and for all the national shame, highlighted recently by the campaign for an Energy Bill Revolution, of avoidable winter deaths in cold and draughty homes.

One that spurs growth in the real economy and across our country not merely in the southeast; that takes control over energy choices out of the hands of remote utilities and into those of householders and communities.

Or in contrast to our more dynamic competitors, we could cling for another generation to a carbon-intensive status quo, beguiled perhaps by the illusory prospect of a gas bonanza beneath our feet to match that enjoyed by our parents from under the North Sea. We could choose fracking.

So yes, our choice on fracking will have a big influence on our future climate security, energy security, and economic security. But although that matters a lot, it does not matter as much as what is most at stake.

No community in our beautiful, crowded country if offered a free and fully informed choice will choose fracking. When what is proposed is so disruptive, and perhaps so dangerous, on such a scale, those who resist it cannot be dismissed as NIMBYs.

Well, you can see what I think of fracking. And I hope you can see why I think it. I will use my voice as best I can to say “no” to fracking and “yes” to “with you” politics.

With this excellent report Medact have not taken a position for or against fracking. But they have planted a flag in the ground for real debate, based on real evidence, and a real effort to answer the questions we do not yet have answers to.

This is such a choice.

Whether you agree with me or not on fracking, I hope you will join me in welcoming this contribution to real debate, and in endorsing its key conclusion that, if the drilling is to start, it should not do so until we have a far better understanding of its consequences for our health.

The writer was UK’s Special Representative for Climate Change between 2006-2012.