How would the State of the Union address look if Obama turned environmentalist? 350’s Jamie Henn conducts a rewrite 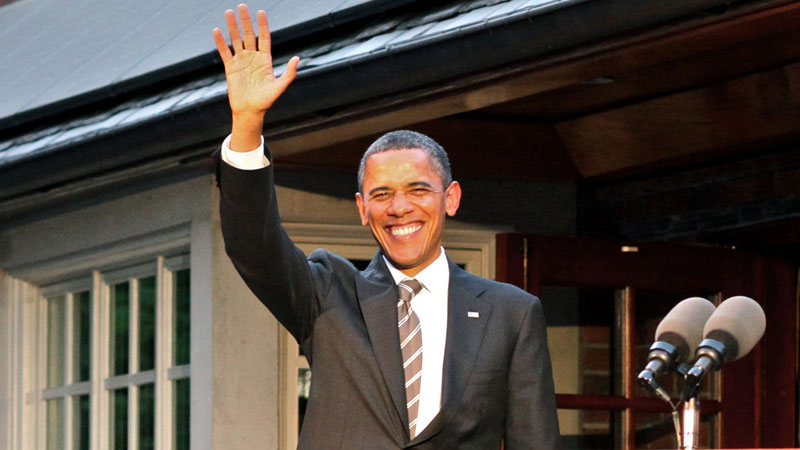 On Tuesday, President Barack Obama will deliver his State of the Union address.

This set piece of American politics is likely to cover topics including terrorism, cyber security and tax. The president has also promised at least a nod in the direction of climate change.

But what if Obama decided the time had come to throw caution to the wind?

We asked 350’s Jamie Henn to imagine how the 2015 State of the Union might look if Obama tore up the script and delivered instead the speech of environmentalists’ dreams.

We present: The Alternative State of the Union

Let me be clear, the state of our climate is not strong. Unless by “strong” you mean strong storms, strong floods, and stronger wildfires. We’ve jacked up Mother Nature on enough carbon dioxide that she’s hitting grand slam storms nearly every at bat. Alex Rodriguez is looking at Mother Nature and saying, “Where can I get some that stuff?”

Our continued addiction to fossil fuels has destabilized the entire planet. And Republicans thought that Obamacare would be the end of the world! No, I’m sorry to say that its our continued use of coal, oil and gas that is a prescription for global collapse. You thought the healthcare.gov meltdown was bad? Try complete ecological meltdown. There’s no tweeting your way out of that one.

Since many of you here in Congress have made it clear that you are “not a scientist,” let me tell you what actual scientists are saying about climate change. They’re saying we’re screwed.

2014 was the hottest year on record. The oceans are about to be one big acid soup. Most lifeforms on Earth are facing mass extinction. Sadly, politicians, being neither animal, vegetable, nor mineral, are still proliferating. If we don’t act now, the world will be inhabited with nothing but cockroaches and John Boehners. 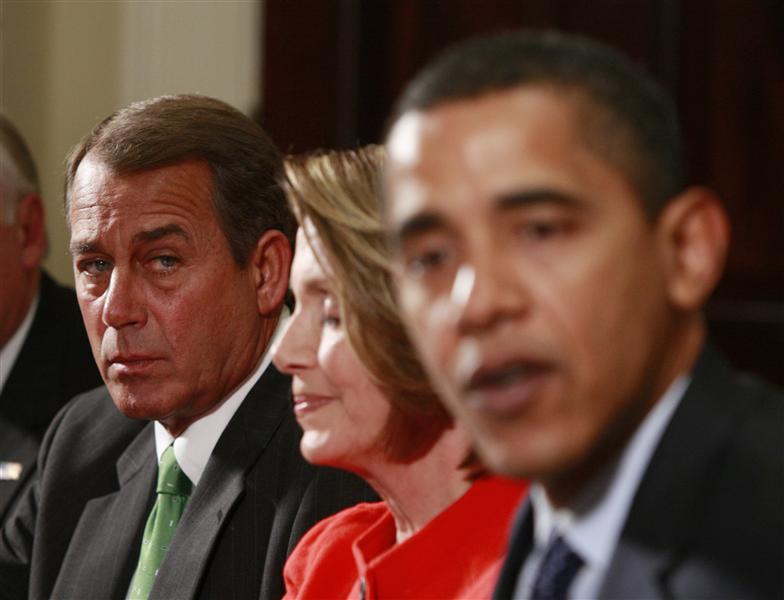 Michelle and I watched in awe last September when 400,000 people took to the streets of New York City, and hundreds of thousands more rallied around the world, last September during the People’s Climate March. As something of a community organizer myself, let me say, job well done! 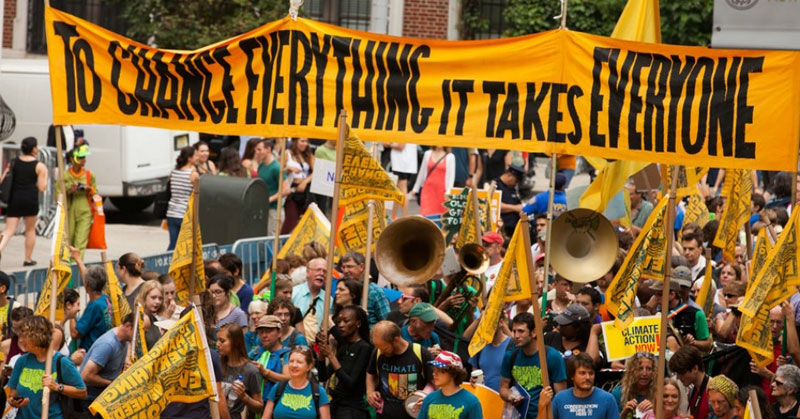 The march proved that climate change wasn’t just some niche environmental issue that politicians like me have to pander to now and then. You all showed up as a powerful movement, one that will have a big impact on our national landscape in the years ahead.

The People’s Climate March showed that climate change wasn’t just an environmental issue: it’s an everybody issue. What was that catchy slogan? “To change everything, we need everyone.” It was powerful stuff to see tribal nations, youth, people of color, and women leading the march – we don’t see many of those here in Congress, so it was refreshing to see them in the streets!

I know most of you out there in the climate movement are lefties, so self-flagellation is a favorite pastime, but let me try and give you a little bit of good news. You’re winning! Ok, not everywhere, not every fight, but you’re beginning to make some real progress.

Take New York state, where even with a shape-shifter like Governor Andrew Cuomo, you all got a fracking ban through sheer grassroots organizing power. Now, I hear you’re pushing California Governor Jerry Brown to ban it too. Watch out Jerry, better not mess with these folks, safer just to ban fracking and move on.

Meanwhile, what is going on with this divestment campaign? You people are everywhere. I can’t walk around a corner these days without bumping into the carbon bubble. I want to thank the churches, universities, cities and foundations that have committed to divestment. You all are putting your money where your mouth is. Just imagine if Congress followed your example: we’d have slashed fossil fuel subsidies and started investing that money in clean energy solutions long ago.

Now, I hear that some universities like my law school alma-mater, Harvard, are giving the divestment movement a hard time. They won’t even commit to divesting from coal.

Well, I got a question for the smartypants over at Harvard: how are those coal investments treating you now that my EPA is bringing the thunder? Last I checked, most coal industry investments had lost nearly 90% of their market value in the last four years. How ’bout them apples?

Speaking of money, let me get something straight: the $3 billion that the United States has committed to international climate finance is chump change. I’ve instructed the State Department to show up to the UN Climate Talks in Paris this September with some more cold, hard cash. I’ve also told Secretary Kerry to run the numbers on what sorts of emissions reductions it will take to get carbon dioxide levels back to 350 parts per million – and then just go ahead and do that.

Ok, before I end this speech, I want to play a game. Ready? Give me a K? K! Give me an X? X! Give me an L? L. What does that spell? The biggest political headache of my administration! For the first three years of your campaign, our official strategy at the White House was to close our eyes, stick our fingers in our ears, and pray that you all would stop getting arrested at the White House. But you didn’t stop. You just got bigger. 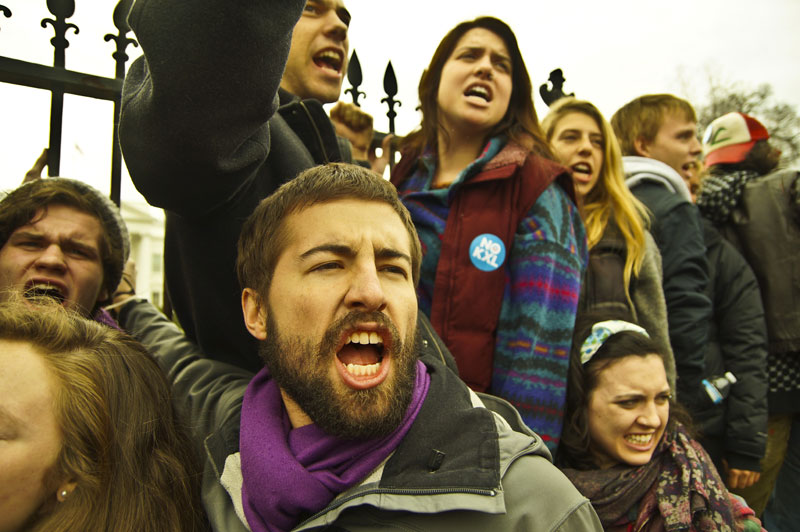 Now, I’ve finally taken a look at this Keystone XL pipeline thing, and I’ve got to say, “KXL? WTF?!” This thing is a disaster! I have no idea how the State Department came to the conclusion that a 700,000 barrel a day pipeline that would carry the dirtiest fuel on the planet, producing the cumulative emissions of 46 coal fired power plants, wouldn’t have an impact on the environment. Great work, Einsteins.

This pipeline clearly fails the climate test that I set for it. Therefore, drum roll please, I am rejecting the Keystone XL pipeline. TransCanada, go home to Canada, and take your pipeline with you. From here on out, we’re not going to be approving any more pipelines, coal pants, fracking wells, or other pieces of fossil fuel infrastructure that make climate change worse. There’s only one place for fossil fuels, and that’s deep in the ground. Big oil, you can speak to the hand, because this President doesn’t want to hear it.

Read more on: Blog | US | Featured | Obama | State of the Union Blog