Meet the sceptics: why science can’t compete with beachballs 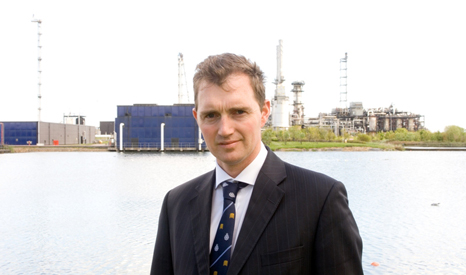 The man sitting in front of me is inflating an enormous beach ball with a map of the world on it. It could make a hot air balloon for a cat or an exercise ball for a giant.

Either this parliamentary meeting on climate change is the warm-up to his Wednesday afternoon water polo practice, or he is planning some kind of stunt.

We are in a committee room of the UK’s houses of parliament to hear Richard Tol, who has been invited to speak by Democratic Unionist MP Sammy Wilson.

Tol is a climate economist who notoriously withdrew from the IPCC’s seminal report on climate change, saying its conclusions were “too alarmist”.

The gathering is a microcosm of the sceptical fringe of the climate change debate.

It is a select group of committed individuals who reject, to varying degrees, the scientific consensus.

While swimming outside the mainstream, through events like this in the UK’s political centre, such individuals can exert influence over policymakers. According to former energy minister Chris Huhne, this influence reaches right up to prime minister David Cameron.

As Tol starts, there are 10 people in the audience seats, supplemented by a trickle of latecomers including our friend with the beach ball.

It’s a small but significant gathering of lawmakers, lobbyists and economists with links to the top of the UK government.

One is Benny Peiser, co-founder with former chancellor Lord Lawson of the Global Warming Policy Foundation, a think-tank with a record of putting out climate sceptic reports. Another, the only person in the room who looks to be below the age of 50, turns out to work for Lawson.

The organiser, an affable retired clergyman called Philip Foster, is apologetic about the low turnout.

They had to change the timing of the event a week before, due to changing parliamentary business. “I don’t wish to get all conspiracy theorist,” he tells me, leaving in the air the suggestion this was a deliberate attempt at suppression by the powers that be.

Tol has barely started to explain his first slide before the first interruption comes.

A man from the organisers’ side of the table harrumphs at the focus on global warming. “Climate change can go in either direction,” he asserts, to snorts of agreement.

A minute or two later, another explains how everything was better in the medieval warm period, an era frequently cited by sceptics as proof of the climate’s ever-changing nature.

Another questions “the psychology of the kind of people who believe this stuff”. He is talking about people who accept the fundamentals of climate science.

Whatever your opinion of Tol, and he has no shortage of critics, he was the invited expert of this gathering. Yet many of his audience appear more interested in expressing their own views than in listening to his detailed presentation.

While the economist – a seasoned public speaker – appears untroubled by the audience participation, it is too much for the Conservative MP for Monmouth David TC Davies (not to be confused with near namesake David Davis, a former candidate for party leadership).

Davies has actively campaigned in parliament to repeal the Climate Change Act. He would actually like to hear what Tol had to say and could the others let him speak? After some grumbling, they assent.

The presentation goes on soberly enough. Tol, who with his mass of curly hair and beard looks every inch the mad scientist, refers to graphs from the influential Stern Review of the economics of climate change and from the IPCC. He talks about discount rates and why the cost of carbon should be set at US$ 5 a tonne. His manner is mild as he sets out his reasons for disagreeing with the climate science and economics mainstream.

Peter Lilley MP, a member of the Energy and Climate Change Committee, glides into the room.

His views on climate change have brought him into conflict with the committee chair, Tim Yeo, a fellow Conservative on the greener end of the spectrum. Lilley has the ear of the prime minister as a member of the Number 10 policy board, albeit his brief is foreign policy, not energy or climate change.

At one point, the two MPs turn round to glare at Mr Water Polo as he engages in some particularly noisy blowing. This has no noticeable effect. Lord Lawson’s assistant, who was sitting on the other side of the room, later told me he tried not to look as he assumed the “poor chap” had breathing problems.

The time comes for questions. Two or three people query specific points in Tol’s presentation, but most contributions bear little relation to his work on the economics of climate change. Tol emerges as the most moderate voice in the room.

“All this assumes that CO2 in the atmosphere comes from humans,” she says, waving some Japanese satellite data that apparently says different. Tol admits he is not an expert on measuring carbon dioxide but he is “not at all surprised that the measurements don’t add up”.

Davies thanks Tol for his willingness to “stand up to” the mainstream and asks a question about sea levels and the little ice age. Lilley poses a question on oil price shocks.

But the highlight comes at the end. Eventually, the purpose of the beach ball is revealed.

The owner is introduced as Piers Corbyn, the founder of Weather Action, a long-range weather forecasting service.

He gives a short speech, summarised on his blog, dismissing the mainstream climate change debate as “delusional nonsense” akin to the philosophical question of how many angels fit on head of a needle.

The inflated globe is a prop to explain Corbyn’s methods, which have to do with the sun’s rays.

Mainstream science seems less convinced with Corbyn. He has mixed reviews, not that they have stopped London mayor Boris Johnson, possibly a future PM, citing his theories in op-eds ruminating that winter snow could herald a mini ice age.

His audience appear entranced, perhaps briefly forgetting the session was supposed to be about economics, and Tol.

Perhaps it’s a symptom of society’s short attention spans, but complex models and detailed arguments just can’t compete with a touch of bombast – and an inflatable beach ball.