Fighting desertification will reduce the costs of climate change

We should ‘climate proof’ the land to prevent some of the tragedies of a warmer world, says UN desertification chief 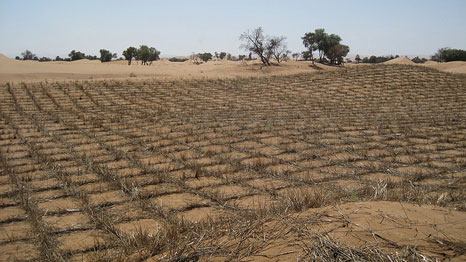 In the last five years, we have seen the disastrous impacts of droughts, heat waves, cyclones, floods and flashfloods.

From the Philippines, Pakistan and the United States to the Middle East and Horn of Africa; death, food shortages, loss of homes and incomes or damage to infrastructure has followed in their wake. As disasters travel from one region to the next, many of us watch helplessly wondering what we can do about it.

Yet, everyone can do something that will make a difference. The battle against climate change will be won or lost at the local level, where you and I live.

Scientists agree that we can avoid catastrophe, if we stop emitting greenhouse gases today. However, we will still pay a price from the emissions we have produced so far. We know the impacts that different regions may face. What we do not know is where exactly the effects will show up and the extent of the damage.

There is lots of evidence to show that the resilience of the land is a strong determinant of how much damage will be done.

This means we have a lot more power to protect ourselves than we thought or have acted upon. If we give due attention to the land in our neighborhoods and local area we can take practical action that can reduce the costs of climate change to our family, community and the environment.

If we rehabilitate our soils so that they can filter and drain water better, we can reduce the occurrence of landslides, floods and flash floods. In regions where water is scarce, freshwater sources underground can recover and human, plant and animal migration can be reduced.

This land and ecosystem-based based approach to adaptation is such a powerful tool for positive change. It makes us personally able to do something to avoid disaster. When our individual ecosystem-level initiatives are spread widely enough across countries, regions and the world, they will bring about a global transformation from the ground up. 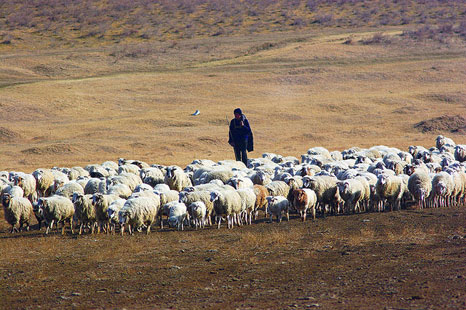 Sheep grazing is increasingly responsible for land degradation and desertification in the protected land of Vashlovani national park in Georgia. (Pic: United Nations Development Programme in Europe and CIS)

Ecosystem-based adaptation demands that we give attention to the management and in many cases the recovery of natural resources. This will reduce the potential for disaster and help us secure more food, energy and water for our everyday needs.

But I emphasize paying attention to the land because it is often the forgotten natural resource.

Each of us can do something at the local level that can make the difference. Let us ‘climate proof’ the land. Let us start today, during the observance of the World Day to Combat Desertification, to strengthen the health and well-being of natural resources to make sure the worst human suffering and economic losses of climate change are avoided.

We may not eliminate all the impacts of climate change but with healthy and productive land many tragedies are preventable.