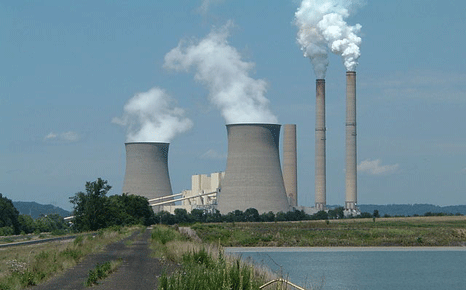 COP 19: The United Nation’s panel of climate experts revised estimates of historical greenhouse gas emissions, made in September, both up and down on Monday but said the errors did not affect conclusions that time was running out to limit global warming. (New Age)

COP 19: The devastation caused by Typhoon Haiyan has cast a gloom over UN climate talks as Seb Yano, envoy from the Philippines, broke down in tears. (Independent)

COP 19: In an emotional speech Yeb Sano, the Philippines lead climate change envoy said he would fast until he saw a sign of real ambition at the negotiations. (RTCC)

India: Dr Prodipto Ghosh, fellow at the Energy and Resources Institute in New Delhi and the principal author of India’s national climate change action plan has said he is disappointed in the Australian Government’s plans to repeal its carbon pricing legislation. (Australia News Network)

COP 19: Coal-reliant Poland which is hosting the UN’s climate talks is giving the fossil fuel industry a more visible role in the global warming debate. Polish officials say that coal, which accounts for more than 80% of Poland’s electricity generation, won’t go away anytime soon and needs to be a key part of the climate debate. (Las Vegas Sun)

COP 19: Russia’s representative at the UN climate summit, Oleg Shamanov, hopes concerns over how decisions are reached at the negotiations can be settled by the end of the current conference. (RTCC)

Research: United Nations University Institute for Environment and Human Security has released a new report focusing on the loss and damage that climate change is already causing. The report finds that despite adaptation efforts, vulnerable communities are experiencing loss and damage that are threatening their most fundamental needs, livelihood and food security. (Our World)

Industry: Unilever has announced a new goal of ensuring all of its palm oil is sourced from known and traceable sources by the end of next year, marking an important “staging post” towards its target of only sourcing sustainable certified palm oil by the end of the decade. (Business Green)

Research: Hundreds of sea turtles are washing up dead on the beaches of Central America which scientists say could be due to climate change, sea currents or the techniques used by fishermen. (Channel News Asia)

Industry: Nissan is giving Batman’s Lucius Fox a run for his money with its new concept for an all-electric sports car. (RTCC)