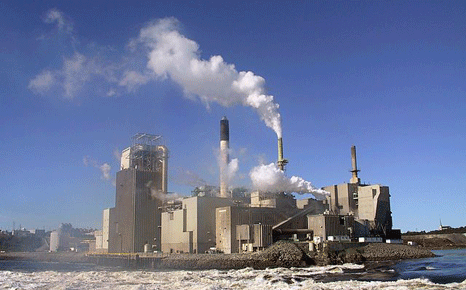 Canada: The country will fail to meet its 2020 greenhouse gas reduction targets regardless of whether the country implements more regulation of the oil and gas sector, according to a new report and internal government analysis. Under the Copenhagen Accord Canada pledged to cut emissions 17% below 2005 levels by 2020. (CBC)

US: In an energy-saving effort, New York City plans to replace all of its 250,000 streetlights with brighter, whiter, energy-saving, light-emitting diode fixtures in one of the nation’s largest retrofitting projects, Mayor Michael Bloomberg and the transportation commissioner, Janette Sadik-Khan, said in a news conference on Thursday. (New York Times)

Germany: Europe’s biggest carmaker, Volkswagen, said the German government’s goal to have 1 million electric cars on the country’s roads by 2020 can be achieved if partly battery-powered cars like hybrids are taken into account. (Topix)

Asia: The Asian Development Bank on Wednesday called on China and Japan to band together in fighting the disastrous effects of climate change, despite their diplomatic hostilities. (Times of India)

Japan: Off the coast of Fukushima a giant floating wind turbine signals the start of Japan’s most ambitious bet yet on clean energy generating enough electricity to power 1,700 homes. Japan has set a goal of generating over 1GW of electricity from 140 wind turbines by 2020. (New York Times)

Holland: Multinational Royal DSM, whose additives can be found in every conceivable food product, also makes plastic components and fuels, also having once transformed itself from a coal giant into a chemical giant, is now turning its attention to sustainability. CEO Feike Sijbesma said this is a profitable focus. (Guardian)

US: The Obama administration’s strategic blunders with Syria and Iran have morphed into a diplomatic disaster with Saudi Arabia, a development that threatens the American economy should tensions escalate further and trigger a dramatic spike in oil prices. (Forbes)

Greenland: The country’s parliament has voted to end a decades-long prohibition on mining for radioactive materials such as uranium, further opening up the country to investors from Australia to China eager to tap its vast mineral resources. (Guardian)

US/Europe: A coalition of 70 investors have launched the first-ever coordinated effort to spur the world’s top fossil fuel companies to assess the financial risks that climate change poses to their business. (RTCC)

Malaysia: The Malaysian palm oil industry has accused the EU of telling “major inaccuracies and untruths”, after it expressed concern last week over illegal logging across South East Asia. (RTCC)

India: India has blocked attempts to curb the use of the highly polluting chemicals, HFCs, used in refrigeration this week, in a move which places them on collision course with the US. (RTCC)