A summary of today’s top climate and clean energy stories.
Email the team on [email protected]g or get in touch via Twitter. 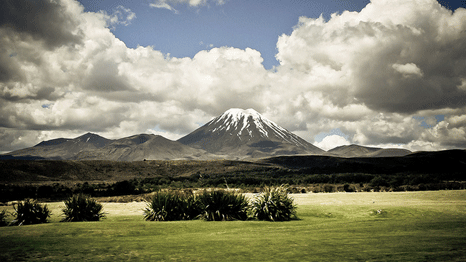 New Zealand: A Pacific Island man trying to flee rising seas and environmental risks caused by global warming in his home country of Kiribati asked a New Zealand court on Wednesday to let him pursue his claim as a climate change refugee. (Reuters)

Australia: The Abbott government is asking for submissions on how it should design its $1.5bn emissions reduction fund. It wants suggestions by 18 November on the terms of reference for a green paper and white paper on how to set up the fund, which will begin buying greenhouse gas abatement from 1 July, 2014. (Guardian)

Germany: The Green Party have ruled out any further coalition talks with Angela Merkel’s conservatives early on Wednesday, leaving the chancellor to focus on discussions with the centre-left Social Democrats (SPD) in her efforts to form a new government. (EurActiv)

Germany: Opposition parties on Tuesday accused Angela Merkel of pandering to the car lobby, after her conservatives received major donations from the family that controls BMW (Trust.org)

UN: The UN Conference on Trade and Development’s trade and environment report 2013, warns that continuous rural poverty, persistent hunger and growing populations, must be treated as a collective crisis. The report says urgent and far-reaching action is needed before climate change begins to cause major disruptions to agriculture, especially in developing countries. (Observer)

Business: In the first crossover partnership of its kind in Britain between a car company and an energy company, Volkswagen says it will provide 100% green electricity to customers buying one of its electric vehicles. (RTCC)

US: The Supreme Court announced that it will take up the question of whether the Environmental Protection Agency can include greenhouse gas emission limits in permits it issues for new or expanding large polluters like refineries and power plants. (Mother Jones)

World Bank: Businesses should play a bigger role in helping to save depleted fish stocks as part of efforts to prevent irreversible damage to the oceans, a World-Bank backed report said on Wednesday.The study said policies for protecting the oceans from over-fishing, pollution and climate change were often ineffective and fragmented. (Reuters)

Holland: A coalition of business, politicians and NGOs have published a ‘National Energy Agreement’ to scale up renewable energy generation and energy efficiency measures to meet Holland’s 2020 targets. The policy looks to increase the proportion of energy generated from renewable sources from 4.4% to 14% in 2020 with an investment of €375 million, together with proposals to shut down five coal power plants by 2017. (RTCC)