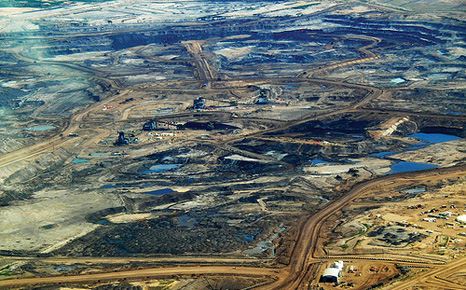 Canada: If Canada’s expansion of heavy crude oil from the Alberta tar sands continues growing as government and industry project, emissions are projected to double by 2020, which will send Canada’s greenhouse gases way over the 2020 climate change target it shares with the United States. (Environment News Service)

Canada: The Canadian government is unwilling to cut greenhouse gas emissions in exchange for approval of the controversial Keystone XL pipeline, a condition U.S. President Barack Obama has said must be met if the project is to win his endorsement, Canadian environmentalists said Wednesday. (Point Carbon)

Research: Extreme heat waves will increase over the next 30 years, regardless of the amount of carbon emitted between now and then. (RTCC)

Fiji: Fiji’s government has identified more than 640 communities in the country which are vulnerable to climate change. (Radio New Zealand International)

US: BP on Monday sued the US government over a decision to bar the oil giant from getting new federal contracts to supply fuel and other services after the company pleaded guilty to manslaughter and other criminal charges related to the 2010 Gulf of Mexico oil spill. (Huffington Post)

UN: UN talks on 2015 climate deal aimed at developing a global emissions reduction deal are ready to “shift gears” in the coming months, according to UN officials. (RTCC)

Europe: Campaigners plan to target the European Bank for Reconstruction and Development’s support for coal in a ‘Global Day of Action’ on Thursday. (RTCC)

Research: Google’s carbon footprint per user is equal to a person driving a car for one mile, the company has announced. (RTCC)