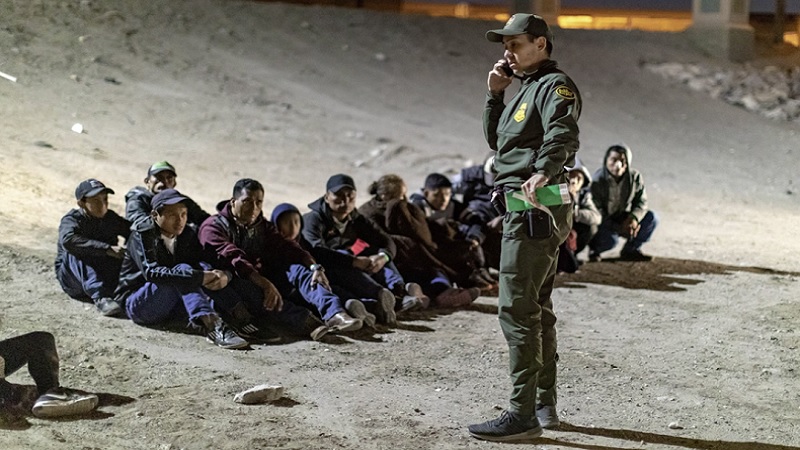 After hurricanes Ian and Julia battered the middle of the Americas, many of the victims in wealthy and poorer countries alike were left with few other options but to relocate.

But if hurricanes don’t discriminate, people do. How easy it is to rebuild your life when your home has been destroyed depends on your wealth, your gender, your level of education and the colour of your passport.

For the hurricane-hit corn farmers of El Cubulero in Honduras, options are limited. Without insurance, staying put and rebuilding their life and livelihood from scratch is tough. Many look to the US for new opportunities.

Without an easy route to a visa, moving north often means a difficult and dangerous journey, particularly for women. Despite early promises of support for resettling climate migrants, Joe Biden has done little to help.

In Florida, more people have access to insurance to help them rebuild. But intensifying storms and projected sea level rise mean insurance companies increasingly won’t touch the state’s property market with a barge pole. Or at least they won’t without a huge premium.

So poorer Floridians are on the move too, although without the dangers most Hondurans must endure.

In the jargon-filled world of UN Climate Change, this is known as “loss and damage”. Funding to address it will be a key demand of developing countries at Cop27.

The Alliance of Small Island States has been refining its demands. Its lead negotiator told Climate Home this week that the group will call for a ‘response fund’ based on regular, voluntary, fundraising rounds. Read about how the fund might work here.

But, as South Africa is finding out, relying on rich countries’ generosity will often lead to disappointment.

While president Cyril Ramaphosa said last year that the much-trumpeted $8.5bn “just energy transition partnership” would be mostly grants, insiders told Chloé Farand grants made up only around 3% of the package.