We got fooled again: As big oil and gas cash in, Britons crippled by energy bills

Comment: Millions of Britons are paying an exorbitant price for successive governments’ short-termist decisions that prolonged our dependence on fossil fuel 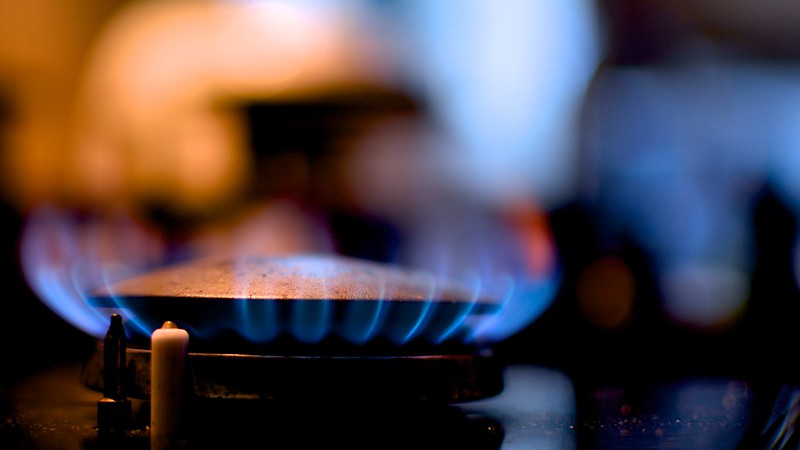 Through most of the last decade, UK energy bills remained roughly constant; as a result, Britons worried about them less and less. That era has now come to the most screeching of halts.

This is a big jump and it’s just the beginning. Gas on the wholesale market is 13 times its previous average price. Next year, the average energy bill could hit £5,000 per year. For an estimated one in four (13 million) Britons these bills will be, for the first time in living memory, genuinely crippling.

Britain’s energy resources include copious wind power potential, North Sea oil and gas and a nuclear industry that once boasted as many operating reactors as the rest of the world put together. As a top-six global economy, British governments have been able to afford multiple policy options over decades. Indeed, it has been the most successful of the G7 economies in growing wealth while cutting carbon emissions.

So how did we get into this mess?

Prime minister Boris Johnson recently blamed Putin for the eye-watering price rises – and of course he is largely correct. But Britain and many other countries have known about the dangers of relying on fossil fuel imports for almost half a century, since OPEC mounted its 1973 oil embargo following the Yom Kippur War and sent prices quadrupling across the world.

The reality is, then and now, that a handful of countries control the supply of oil and gas (Saudi Arabia and Russia alone pump out around a quarter of oil exports), and hence the availability and price. If your country depends on imports, it hands a degree of control over both its economy and its foreign policy to those few major exporters.

Putin is not to blame for the failure of successive UK governments to learn this lesson from the 1973 oil embargo, nor for the decisions they have made that extended fossil fuel dependence rather than delivering energy sovereignty. Turn back the clock a decade, for example, and we find the government of prime minister David Cameron and finance minister George Osborne placing an effective moratorium on new onshore wind farms, opposing strong European policy to cut energy waste, and cancelling a long-awaited policy that would have prevented new homes relying on gas for heating.

Short-termist decisions that avoided a political row at the cost of prolonging dependence on fossil fuel imports; and there are plenty more examples. Osborne boasted of “mending the roof while the sun shines”. In reality his and other governments mended some holes but enlarged others.

Insulation, heat pumps, demand response, solar rooftops: all of these and more could have been prioritised as effective measures against both international energy blackmail and climate change. But they were not; and Britons are now paying the exorbitant price.

The British population appears to understand the situation and the logical route out of it pretty well. The majority blame Putin, energy company profiteering and international energy prices for their eye-watering bills. Eight in 10 are keener on energy efficiency than before the Russian invasion, and two-thirds of the population intend to invest in it. Renewables remain as popular as ever.

It is not evident that Liz Truss and Rishi Sunak, jockeying to succeed Johnson, have a similarly clear understanding. Instead they have spoken against onshore wind and solar power and in favour of expanding oil and gas production, and relentlessly neglected to mention energy efficiency.

The last is remarkable given that public investment in energy saving is one of the few measures that could make a difference this coming winter and provide a long-term buffer against price volatility. Instead the incoming government is likely to incentivise fracking, which for multiple reasons will inevitably prove useless.

The cost of not zero

As the second biggest gas producing country in Western Europe, the UK is living proof that having a gas industry does nothing to keep bills down.

Britain, like every other country on Earth, can power itself with renewable energy generated inside its borders. Doing so will tackle climate change, improve air quality, reduce energy bills, create jobs, and prevent megalomaniac dictators holding the UK to ransom. I have yet to see any compelling reason for not making this transition as quickly as possible.

Around the time that OPEC was quadrupling oil prices, the British rock band The Who released its totemic rant against corrupted governance, Won’t Get Fooled Again. On oil and gas, though, we did get fooled again. Decisions made by successive governments perpetuated an industry that for 50 years has made a profit of $3bn per day while taking the climate system perilously close to dangerous instability.

While climate contrarians attempt to pin soaring energy bills on the “cost of net zero”, in reality these crippling prices are, along with escalating climate impacts and Putin’s cynical despotism, the cost of not zero. More fool us, in Britain and elsewhere, if we fail to learn the lessons this time.