China hit by longest and strongest heatwave on record 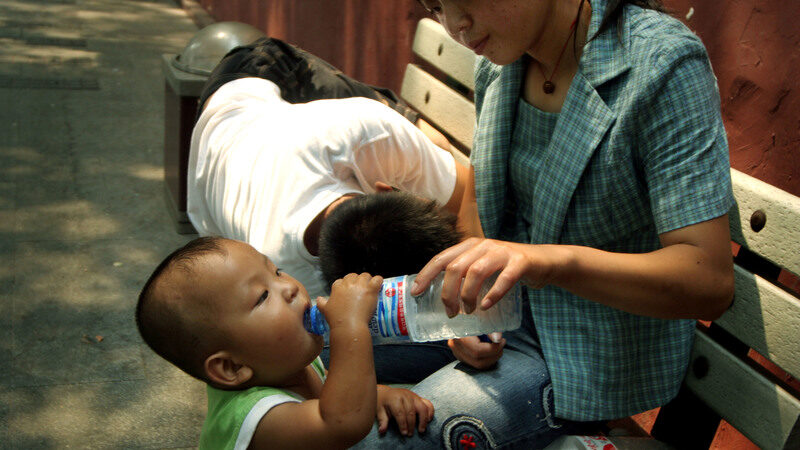 China has suffered its most intense and sustained heatwave on record this summer, causing wildfires, power outages and crop failures.

The heatwave across much of northwest, central and southeast China has lasted 72 days and counting. The previous record set in 2013 was 62 days.

The Chinese Meteorological Administration said the heatwave up to 15 August had been the “strongest” since records began in 1961 and the “coverage of the temperature of above 40C has been the largest in history”. High temperatures persist in many provinces.

Chen Lijuan from the National Climate Center told state media on Saturday: “Against the backdrop of global warming, heatwave will be a ‘new normal.’ The high temperature starts early, leaves late and lasts long, this will become more and more obvious in the future.” 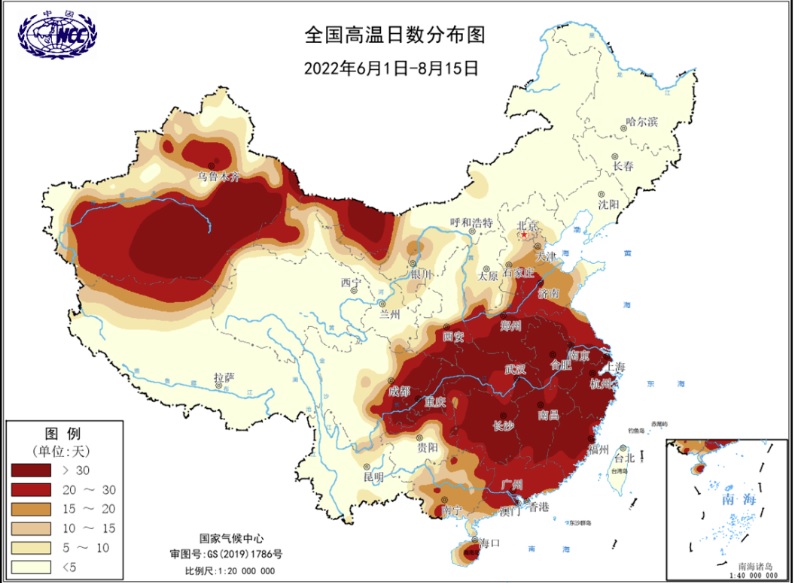 While the heatwave has hit large areas of China, the central province of Sichuan has been worst affected. Danson Cheong, a reporter from The Straits Times, said that the soles of his shoes had melted in the heat in Sichuan’s main city Chongqing while Sohu reported that a field of grapes in the province had dried to raisins in the heat.

Chongqing is forecast to stay hot for the rest of the week before cooler, wetter weather arrives.

Hello from Chongqing, where it is 43 degrees Celsius and the heat has literally melted the soles off my feet pic.twitter.com/dNDfeOLpZa

Rainfall has been low. The hot and dry conditions have helped wildfires to spread. One Chongqing resident posted on Weibo yesterday: “The air smelled of smoke all night… when I woke up in the morning, the balcony was full of soot and large piece of things that blown over and scorched by the wind.”

The drought and heat have damaged crops too. According to data released by China’s Ministry of Emergency Management on Thursday, the drought caused a direct economic loss of 2.73 billion Chinese yuan ($400m).

The weather has caused power shortages. Sichuan relies heavily on hydropower. Dry conditions have reduced the water level of reservoirs and therefore the power generated by hydropower turbines. At the same time, hot weather has increased demand for electricity for air conditioning.

The Chongqing mountain fires are trending on Weibo, People’s Daily sent out this video two hours ago, a lot of people in comments repeating the same sentiment: please let it rain, please let it rain 🙏 pic.twitter.com/7yQgg2jyd5

Without electricity, factories have had to shut down, disrupting international supply chains. Suppliers to Tesla, Toyota and FoxConn closed for six days last week.

Energy analyst David Fishman said Shanghai, where he lives, has been sweating under temperatures of 38-40C every day. “I stay inside during the day”, he said. While Fishman and most people in Shanghai now have air conditioning, the technology is less common in rural areas.

The crisis has led to increasing climate awareness, campaigners said. Greenpeace East Asia’s Li Shuo told Climate Home: “Many in China are starting to call 2022 as the first year of the new climate era. The only norm might be abnormality from now on.”

Dmitri De Boer of ClientEarth China told Climate Home there was a lot of coverage in the Chinese media of the heatwave. “I’ve seen more and more coverage where they’re making the link with climate change and the need to accelerate the climate transition,” he said.

In the short term, the government has increased support for coal to make up for the hydropower shortage. Vice-premier Han Zheng said last week that coal use was up 15% year on year in the first two weeks of August and that he would “enhance policy support [and] take multiple measures to help coal plants ease actual difficulties”.