Comment: There are worrying signs from Berlin and Tokyo of backsliding on a pledge to end public finance for fossil fuel projects overseas by the end of the year 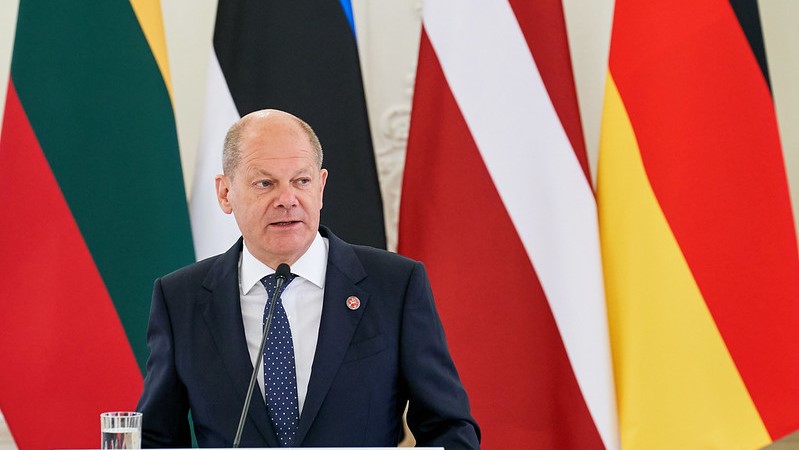 The recent G7 Energy, Climate and Environment Ministers’ commitment to end government finance for overseas fossil fuel projects by the end of 2022 was a huge milestone.

It means that Japan joins the other G7 members, which already adopted a near-identical commitment at the 2021 UN climate conference, in shifting its public finance to clean energy. This is significant. Japan is the second largest provider of public finance for fossil fuels, pouring $11 billion into dirty overseas fossil fuel projects each year.

The commitment is also a welcome reaffirmation of the Glasgow promise for the other G7 members. Amidst worrying signals of backsliding – mainly from Germany and Japan – we urge the G7 to not water down the ministerial commitment at next week’s summit.

Prioritising public finance for clean energy and energy efficiency is critical to mitigate the climate crisis and meet energy security and development needs.

By fulfilling its commitment, the G7 commitment can shift $33 billion each year from fossil fuels to clean energy. This would go a long way towards meeting at least the mitigation finance part of the still unfulfilled pledge to invest $100 billion annually to support climate action in developing nations.

This shift is also critical to meeting energy security and development goals as clean energy and energy efficiency solutions provide the best near and long-term options for building a more secure, sustainable and safe future. However, the commitment appears to not yet be a done deal.

In recent weeks there have been signals of countries potentially backsliding by investing in gas and LNG to replace Russian supply. Chancellor Scholz has been recorded saying that he intensively wants to pursue gas projects in Senegal. We hear from G7 negotiators of other G7 countries that Germany even tries to weaken in this regard the official G7 text which would undermine the 1.5C-limit. The Japanese government seems to believe that, despite its G7 pledge, it can continue financing upstream oil and gas projects.

For Germany’s new government, the first time G7 host, a weakening of the ministerial commitment to shift finance in the G7 leader’s statement would be a particularly bad look as well as for Japan. The Japanese government has already played a critical role in watering down the commitment, carving out exceptions to purportedly help countries meet their climate goals and for national security, while these would have quite the opposite effect.

Japan will need to make a dramatic u-turn to meet its commitment to end finance to all fossil fuels by the end of this year.

The Japanese government has been driving the expansion of gas infrastructure across Asia and globally. Last May, Japan announced the Asia Energy Transition Initiative (AETI), which includes $10 billion in financial support to develop LNG demand in Asia.

In April, Japan agreed to help the Indonesian government develop hydrogen, ammonia, and carbon capture for “realistic energy transitions.” Japanese Mitsubishi Heavy Industries is now planning a feasibility study on utilising ammonia at the Suralaya coal-fired power station. This Suralaya complex is next to the controversial Jawa 9 & 10 coal plants, where communities are already suffering from high levels of air pollution and damage to the sea and local fishing industry.

Japan’s continued promotion of fossil fuel expansion threatens its own economy and energy security, especially in light of volatile gas prices. It also undermines the energy and climate security of countries in Asia. Five out of the top ten countries with the highest climate risk are in South and Southeast Asia.

As G7 leaders come together, we need them to address the multiple crises we are facing around energy security, climate, food security and the war in Ukraine. Plans to focus on building new gas infrastructure to improve energy security are shortsighted.

Research shows that with sufficient investments in energy efficiency and renewable energy, and through utilizing existing LNG infrastructure, there is no need for investment in new LNG infrastructure to replace Russian supply. Clean energy solutions can be deployed quickly without the price volatility, stranded asset risks and time required to develop new fossil fuel infrastructure.

This moment requires unfaltering leadership, courage and vision. The G7 ministerial commitment must not be watered down, and it must not be another empty promise. We need G7 leaders to stand firm in their commitment to end public finance for overseas fossil fuels and to shift investment to clean energy. This will help build the more peaceful, sustainable, equitable and energy secure future we so desperately need.

Thuli Makama is the Africa programme director for Oil Change International, Zenzi Suhadi is the executive director at the Indonesian NGO WALHI National and Christoph Bals, is the policy director at Germanwatch