An energy investment treaty has been holding Nord Stream 2 hostage

Comment: The German government has been worried about being sued by the fossil fuel companies behind the Russian gas pipeline under the Energy Charter Treaty 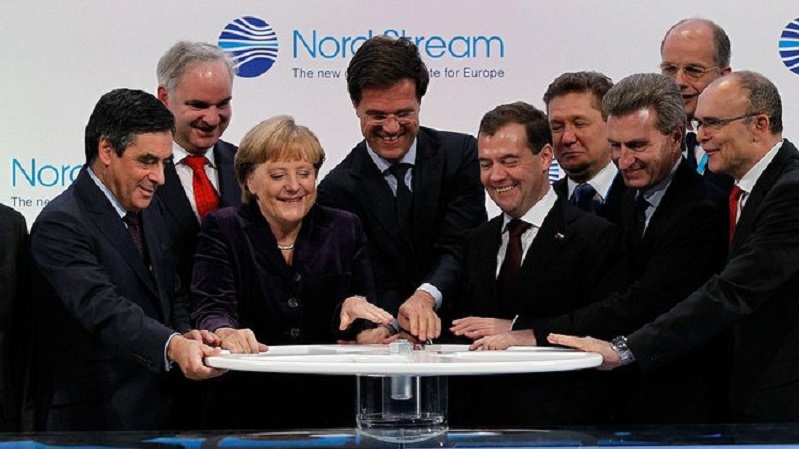 But why has the German government delayed this decision for so long? And why did Scholz merely halt the certification rather than cancelling it?

The words of German environment minister Svenja Schulze from last February give a clue. “We also run the risk of ending up in international arbitration courts with compensation claims if we stop the project,” she said.

Her warning added to a growing list of ministers admitting that they feared investor-state-dispute settlement (ISDS) claims under the Energy Charter Treaty (ECT), of which Germany is one of 53 members.

The ECT is a binding multilateral agreement, established in the 1990s, which protects foreign investments in economic activities related to nuclear energy, fossil fuels and electricity without distinguishing between the energy sources used to produce electricity.

It has been used by energy companies to sue governments whose policies damage their investments, whether fossil fuel based or renewables.

In 2019, the multinational consortium behind Nord Stream 2 used the treaty to sue the EU over the implementation the implementation of measures to separate energy supply and generation from transmission included in the 2019 revised EU gas directive.

Lobbyists from one of the companies behind the pipeline, Shell, pushed for the case to be against Germany rather than the EU – which the European Commission was happy to support.

Other ECT cases against Germany include Swedish company Vattenfall asking for €1.4 billion ($1.5bn) in compensation over measures to protect water from coal power plants’ pollution and €4.7bn ($5.2bn) over nuclear power phase-outs.

Germany and some other EU member states are trying to reform and improve the ECT. They have empowered the European Commission to argue on their behalf in ongoing modernisation talks.

But the European Commision’s proposed changes will not affect existing fossil fuel investments and, similarly to the EU taxonomy, will end protection for new coal and oil but keep protection for nuclear and most gas-fired power plants.

They are now proposing a “flexibility mechanism”, where countries decide which energy sources they want to protect.

The adoption of this mechanism means the European Commission’s proposal would apply in EU countries. In other words, most gas-fired power plants and the Nord Stream 2 pipeline will be protected until 2040 in EU member states.

The next round of negotiations begins next week behind closed doors. France has previously looked into the legal implications of the EU collectively leaving the treaty.

But, President Emmanuel Macron has not placed the ECT in his priorities for France’s time as chair of the European Council. We could soon be paying the price for that omission.

This article was amended after publication to clarify that, under the European Commission’s proposal, most gas-fired power plants and the Nord Stream 2 pipeline will be protected until 2040 rather than “forever”, as previously stated.