Comment: Despite its status as a major oil and gas producer, there are signs of climate action on many levels in Russia that deserve to be taken seriously 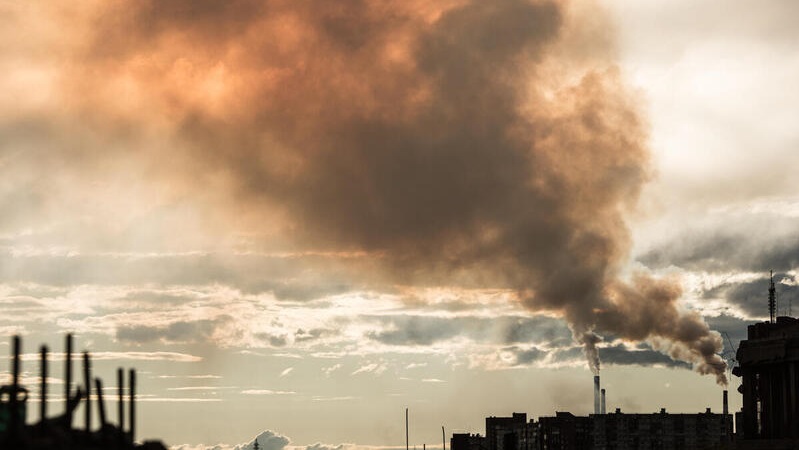 With international leaders arriving in Glasgow for Cop26, there is a need to reframe and reinvigorate international engagement with fossil fuel producing countries.

Russia, in particular, has potential to become a pivotal stakeholder of global climate action. The fourth largest carbon emitter, Russia is also home to 20% of the world’s forest cover, and stores about half of the northern hemisphere’s terrestrial carbon.

Russia’s status as a major hydrocarbon exporter is often entangled with geopolitical tensions and the overall negative and unnuanced image that prevails internationally, leading to the assumption that Russia is unwilling to cooperate on climate change.

Such an unsophisticated portrayal may limit the potential of global climate action. Cop26 can provide the necessary momentum, but truly constructive engagement requires a reconceptualisation of Russia as a climate actor.

Local projects to restore and protect ecosystems have been expanding across the country. Sustainable living and the notion of maximising ecological value are expanding to urban areas through projects such as the Kazan Eco District, or Moscow’s Green River project.

This reflects the fact that environmental pollution was identified by Russians as the greatest threat facing humanity.

Russian businesses are increasingly conscious of their responsibilities to contribute to the global climate agenda, and they know the risks they face by failing to adapt to the growing global demand for cleaner products, highlighted by the EU’s recent announcement about carbon taxes on imports.

Energy companies have been exploring emission-reducing mechanisms and have emphasised ecological safety in their mission statements, and carbon offsetting schemes are increasingly popular.

Major private initiatives include a memorandum of cooperation between the NLMK Group, a global steel company, and Gazprom Neft, one of Russia’s largest oil companies, pledging to reduce their climate impact by jointly developing projects for cutting emissions, including the development of technologies for the use of hydrogen in steelmaking.

In finance, the VTB Group launched a new business line, with financial services dedicated to, among other things, deploying low-carbon technologies and undertaking transactions in emissions trading systems.

Important developments have been happening in regions. Russia aims to make the fossil-fuel-rich Pacific island of Sakhalin carbon neutral by 2025 and has adopted a roadmap, which envisions the introduction of low-carbon technologies, mandatory emissions reporting and verification, carbon quotas and a carbon trading system, and green finance mechanisms.

Other regions will follow this model, with Kaliningrad next in line. Furthermore, the region of Murmansk will become a testing ground for “green” technologies in a bid to achieve carbon neutrality, according to an agreement signed by Rusnano and regional authorities. The project is expected to generate 12,000 tons of “green” hydrogen fuel per year by 2025.

Recently, president Vladimir Putin announced that the upcoming decarbonisation strategy will see Russia reach carbon neutrality by 2060. Although details are yet to be revealed, hydrogen is likely to play a major role: hydrogen development concepts envision the creation of four hydrogen clusters by 2024, aiming for a 20-25% share of the global market by 2035, and use of hydrogen fuel in transport.

On an international level, Russia began supporting developing countries, including through debt write-offs, the ‘debt for development’ initiative, and Research & Development cooperation on climate change. Furthermore, it has voluntarily contributed funding for global climate initiatives and institutions, including the Intergovernmental Panel on Climate Change.

These developments demonstrate a widespread recognition that the status quo is no longer an option.

The first step for global leaders is to acknowledge the openness of Russian stakeholders on governmental, regional, business, and grassroots levels and to develop tools for cooperating , including through knowledge-sharing and technological and science cooperation, especially in areas like hydrogen production, where Russia is taking a leading position.

While Russia is a major exporter of hydrocarbons and a large greenhouse gas emitter, treating it as a spoiler on climate change might result in missing the opportunity to get Russia to own the climate agenda, build on its recent progress, and work with the international community to ensure a rapid and just transition globally.

Failing to take Russia’s climate initiatives seriously would be to the detriment of the entire climate movement.

Alina Averchenkova is a policy fellow at the Grantham Research Institute on Climate Change and the Environment; Alexander Ginzburg is CEO of the Development and Environment Foundation; Kamila Godzinska is a researcher at E3G and Konstantin Sukhoverkhov is programme coordinator at the Russian International Affairs Council.