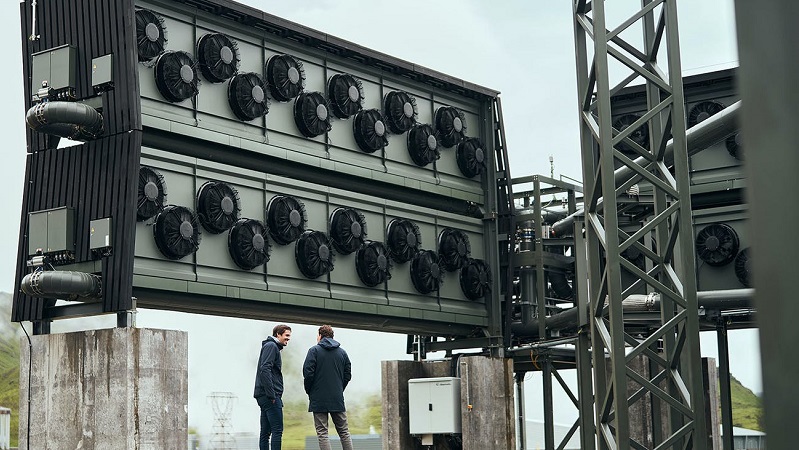 Yet many of CDR’s limitations — be that technical, financial, or political — are overlooked in the report, which focuses on the physical science of climate change.

In its key scenarios, the report did not make clear exactly how much future CDR will be required. This will be the job of the IPCC Working Group III report currently due in March 2022 – too late for the Cop26 negotiations.

In scenarios where we limit warming to 1.5-2 degrees, large net removals are shown after 2050. But the actual levels of residual emissions and the CDR offsetting them are largely invisible to the reader.

First, the lack of clarity conceals the huge technical and financial challenges that would be involved in delivering high levels of removals.

In turn this allows decision makers to continue to believe they can defer hard decisions for years or decades by assuming (enough) carbon dioxide removal will be developed to clean up the mess. It allows all sorts of polluters – from coal mines to airlines – to argue that their emissions can continue, as they will eventually be offset by CDR.

The second problem is that the report does not consider what CDR would mean for social justice. How and where CDR is deployed matters immensely for how much removal techniques compete for land with food production, or whose renewable energy supplies are going to be diverted to carbon removal.

And in the face of already existing climate disruption like fires and floods, these offsetting techniques are becoming increasingly unreliable, risking the release of captured carbon much more quickly than from geological carbon stores.

These concerns strike at the very heart of the IPCC methodology – the focus on cumulative net emissions and the deployment of a carbon budget in which each unit of carbon is additional and exchangeable for any other unit of the same size.

Effective climate policy crucially depends on the differences between units of carbon. Which emissions can we cut with the least economic damage? Which forms of carbon removal have the most co-benefits for biodiversity or health?

Of course, such questions might well be seen to fall in the remit of the upcoming reports of Working Groups II and III of the IPCC. But with the Working Group I’s insistence on carbon equivalence and failure to properly address concerns about scalability, the IPCC could be creating fertile ground in which misunderstandings about CDR might take root, risking poor policy choices down the line.

In the worst case scenario, the report gives cover to bad actors seeking to deliberately muddy the discussion on the scale and speed of emissions reductions required for a Paris-aligned world.

Optimum policy measures look very different if carbon units have complex and multiple characters than if they are all fungible with one another. And promises of future carbon removal might deter or defer otherwise practical emissions reductions.

Both factors speak against carbon trading and offset markets, and in favour of regulation, mandates and targeted, specific support for selected forms of emissions cuts and carbon removal techniques.

When our future depends on the sustainable removal capacity to repair the climate, the question of how much removals are needed to offset residual emissions becomes intensely political. But the IPCC’s Working Group I report – vital in its content and timing ahead of the Glasgow Cop, doesn’t ask this all-important question.

When policy makers meet at Cop26 in November, they must not make the same mistake. They should establish separate targets for emissions reduction and carbon removal. And critically, make sure that emissions are ultimately eliminated at the source.

Duncan McLaren is a professor at the Lancaster Environment Centre at Lancaster University.