Governments are overlooking a key piece in the climate puzzle: community energy

Comment: Failure to engage people in local energy projects risks slowing down the transition to a low-carbon future at a time when leaders need to speed it up 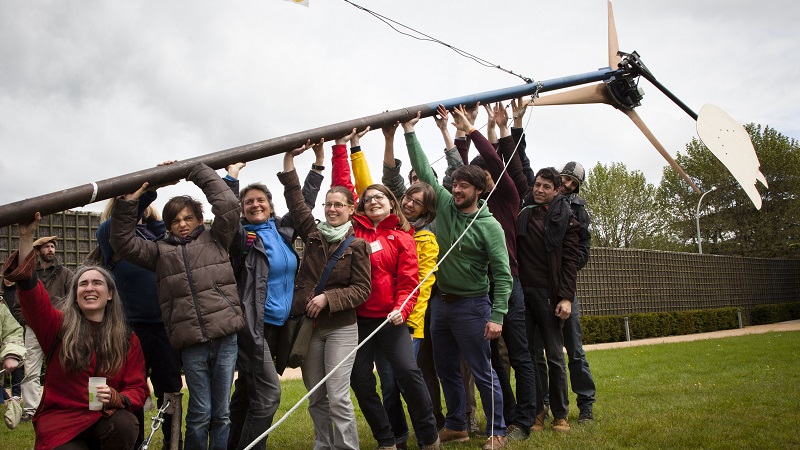 Throughout this pandemic, the climate crisis has remained remarkably high on the EU’s agenda.

This week, the EU’s top political table is again devoted to climate action, as European heads of government gather to discuss the EU’s 2030 climate policy.

Yet the lofty rhetoric of European leaders is still far ahead of the actions they are planning.

Yet, despite increased commitments from the EU and others, estimates still predict that current policies leave the world on a catastrophic path to a 2.9C increase this century. As a realisation slowly dawns on (most) European leaders of just how much deeper and faster our emissions cuts still need to be, their minds are turning to the question of how that can be achieved.

Any chance of staying within 1.5C requires a huge amount of new renewable energy — a new IEA pathway pointed out that wind and solar power need to quadruple by 2030.

This is a huge task that will change our whole energy system. It will have an impact on how we use energy, heat our homes and how our industries are shaped. It may seem daunting to Europe’s leaders. But they are overlooking the potential power of a quiet movement of citizens all over Europe eagerly waiting to participate in this important endeavour.

In every country in Europe people and local authorities are coming together to create renewable energy solutions, in the form of community energy projects. These projects are as diverse as European communities themselves.

There are inspiring success stories of offshore wind projects, solar panels on schools, large-scale cooperatives, projects to tackle energy poverty and many more. But for every project that manages to succeed, there are many more which fail. This is because a plethora of barriers still exist that slow down or block projects from succeeding.

The energy transition will require huge amounts more renewable energy to be built. For this, we need public support. We need an energy transition that communities feel they can be a part of and that benefits everyone. This is why it is now more important than ever for our governments to allow the potential of community renewable ownership to be unleashed.

There is evidence that, when citizens and communities are engaged and benefit in meaningful ways in the energy transition, renewable policies are popular and supported. Studies show that involvement in local energy projects increases overall support for renewable technologies. With the right policies, renewable projects won’t just be endured, but will be supported and participated in.

Without participation of ordinary people and communities, we risk further local opposition to renewable projects — with local communities feeling that renewable energy projects are being imposed on them. And this will slow down the energy transition at exactly the time leaders need to speed it up.

The barriers to successful development of community energy projects vary across Europe. Some of the most common are access to the grid, access to finance, and overwhelming permitting processes. There are simple policies that national governments can put in place to remove these barriers and allow community energy to flourish.

Unfortunately, many member states are doing a slow or poor job of putting these rights and frameworks into place before a deadline of the end of June 2021. Slovakia, the Czech Republic and Poland are delaying, while in Hungary there are misunderstandings around the definition and importance of these projects. In Germany, once a leader in community energy, the government is claiming that the provisions of the REDII are in place, despite differing views of most key stakeholders.

Our leaders should do themselves a favour. By creating the right conditions for community energy to flourish, they will create a whole tranche of groups who stand to benefit from and participate in Europe’s energy transition, making it faster and more popular. In the face of a climate crisis that demands the climate action gap urgently be closed, there isn’t a better win-win.

Molly Walsh is a climate justice campaigner at Friends of the Earth Europe and the coordinator of the European community power coalition.