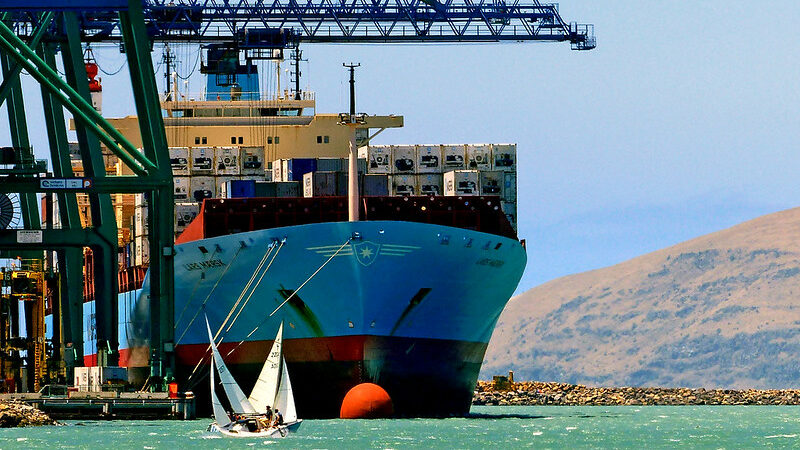 Shipping is among the most carbon-intensive sectors (Photo: Bernard Spragg/Flickr)

A virtual climate seminar has put the decarbonisation of heavy industries like shipping, aviation, and cement and concrete, front and centre for achieving net-zero targets.

“I think there is agreement that we cannot meet the net-zero goals on the technologies that we currently have,” said Ann Mettler, Vice President, Europe at Breakthrough Energy, adding, “it’s time now to tackle sectors that have proven hardest to decarbonise.”

The Mission Possible Partnership was formed at the Davos Agenda in January and is focussed on supercharging efforts to decarbonise the world’s highest emitting industries through high-ambition sector disruption.

While it’s comprised of four core members, the We Mean Business coalition, the World Economic Forum, the Energy Transitions Commission, and Rocky Mountain Institute, the platform is also supported by a range of global organisations including the UNFCCC, the UNEP, and the Center for Climate-Aligned Finance.

This network supplies the partnership with opportunities to bridge the gap between various disciplines and forge a pathway to net-zero in seven industrial and heavy sectors: aluminium, cement, chemicals, iron and steel, aviation, shipping, and heavy road transport; which together account for 30 percent of all global emissions.

“It is clear that if we want to prevent the widespread economic impacts of climate change and have any chance of achieving a 1.5°C pathway, we must tackle emissions from the world’s highest emitting industries,” said María Mendiluce, CEO of the We Mean Business coalition.

“The Mission Possible Partnership has been created to develop a net-zero roadmap for the most critical sectors, to align their ecosystems to spur the demand and financial signals needed to accelerate the deployment of solutions, and to partner with governments to create the supporting policy environment for this profound transformation,” she added.

Yesterday’s event also shows Danish support for the global push to decarbonise heavy industries, an agenda the nation has been pursuing since the formation of a one-party minority government and its subsequent legally binding commitment to reduce emissions by 70%, in 2019.

The country recently revealed it will build the world’s first ‘energy island’, an artificial structure 80 kilometres off the Danish coastline which will act as a transmission centre for wind turbines that surround it. Eventually the project could be capable of supplying electricity to 10 million homes, a number which is double the nation’s population.

This comes after Danish shipping company Maersk’s announcement that it will operate the first ever carbon neutral liner vessel by 2023, seven years ahead of its initial target.

“Decarbonising electricity will only get the world one third of the way to net-zero emissions,” said Fatih Birol, Executive Director of the International Energy Agency, adding, “to go the full way, we also need much faster innovation and deployment of clean energy technologies across other sectors such as industry, transport and buildings.”

The Partnership aims to target shipping, aviation, and steel through 2021, move to trucking, chemicals, cement, and aluminium in the next couple of years, and within five years make breakthroughs in additional sectors like food and agriculture.