Comment: In Argentina, green debt relief has supported forest conservation, an approach that can and should be scaled up as coronavirus stretches budgets 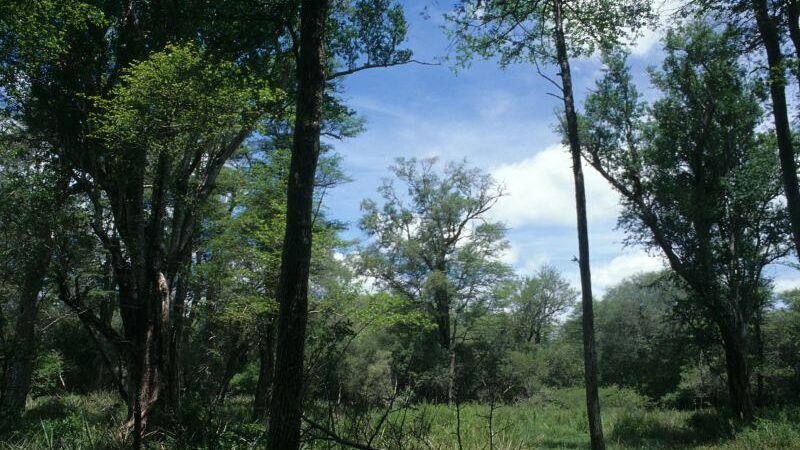 By Romina Picolotti and Alan Miller

For many developing countries, especially the poorest, the overwhelming barrier to addressing all three is their debt burden. In a speech just prior to the meetings, IMF managing director Kristalina Georgieva noted low income countries “entered this crisis with already high debt levels, and this burden has only become heavier”.

There is no simple solution to the problem of developing country debt. However, debt-for-climate-protection swaps, if implemented at scale, can provide significant debt relief and support climate action in many developing countries.

As Argentina’s environment secretary, one of us (Picolotti) implemented a successful debt-for-environment swap with the United States. The swap allowed certain debts owed by Argentina to be bought back in local currency and reinvested in environmental protection. The face value of debt addressed was $38,100,000 and the environmental swap was $3,100,000.

The funds were used mainly for conservation of biodiversity and forests, including a national seed bank. Some of the projects provided valuable information that enabled environmental legislation including a moratorium on deforestation permits, as well as a recognition of indigenous people’s territories.

The underlying concept is that, instead of continuing to make external payments on outstanding loans in hard currency, a debtor country makes payments in local currency to local climate projects on terms agreed with creditors. Some fiscal space is created due to debt conversion to local currency, but climate protection is the main driver of the swap.

This method should now be scaled up to meet the exploding costs of both global debt and climate impacts. Through a global debt-for-climate swap initiative sovereign debt could be swapped for climate commitments and could make substantial contribution to meeting the Paris Agreement goals. Such swaps can be used to protect forests and other carbon sinks, boost clean and efficient energy, reduce short-lived climate pollutants and clean up air pollution.

The stakes for debtor nations and climate protection could not be higher.  Before the pandemic struck, total debt reached a record $253 trillion last year – equivalent to 322% of global GDP. In 2019 debt services ranged between 30% to 70% of government revenues, figures which have only grown higher as countries increase debt to respond to Covid-19.

For poor countries, the need for debt relief is increasingly urgent. A report by the World Bank on poor country debt in October, the most detailed and disaggregated such report ever produced, found the debt burden in 73 of the poorest countries climbed to a record $744 billion in 2019. This was a pace of debt accumulation almost twice that of other low and middle-income countries that year.

Climate change exacerbates the problem, as the IMF has found that the greater vulnerability of poor countries increases the cost of borrowing.

The revenues generated by debt-for-climate swaps projects could be used to replenish a cyclical fund to buy and install climate–friendly technologies. The climate actions undertaken with such swaps would be based on a pathway to hold global temperature rise to 1.5C, in line with the science set out by the Intergovernmental Panel on Climate Change. They could and should be included in both creditor and debtor nationally determined contributions (NDCs) required from each country under the Paris Climate Agreement.

Already over 100 countries had approached the IMF for emergency funds. Low- and middle-income countries are due to repay $562 billion worth of sovereign debt by the end of 2021. Many of these countries are also among the most vulnerable to climate change.

Mainstreaming debt-for-climate swaps into debt restructuring negotiations is essential to avoid more suffering, and to build prosperous societies and help ensure peace in many parts of the world.  We are not condemned to rising inequality, pollution and climate impacts; we do have a choice.

Romina Picolotti is a former Secretary of Environment and Sustainable Development of Argentina (2006 – 2008) and Sophie Prize winner for outstanding contribution to sustainable development (2006).