How the coronavirus recovery effort can support a European Green Deal 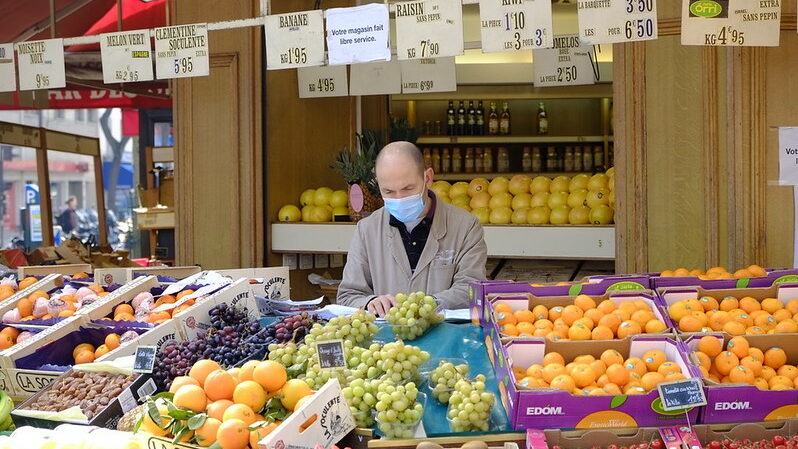 By Valerio Micale and Rob Macquarie

In the space of a few months, Covid-19 has changed the debate around large scale government intervention.

The need for a significant stimulus to prevent a protracted economic downturn arrives at a time when voices calling for increased investment to tackle climate change are also on the rise.

Rather than being at odds, the two challenges can be addressed simultaneously, with coordinated planning around a Green New Deal that tackles short-term economic needs with long-term sustainability goals.

Discussions of a Green New Deal—extensive government spending and public works to decarbonise the economy while addressing key social and economic concerns around the transition—were already gaining momentum prior to the Covid-19 pandemic.

According to the Commission’s European Green Deal Investment Plan, the deal is worth at least €1 trillion over the next decade, or €100 billion per year.

Today, in the pandemic context, some members of the European Parliament argue that legislative bandwidth consumed by the climate platform should instead be devoted to tackling the coronavirus crisis. Yet, the pandemic has shown us that large scale, coordinated and urgent action is instead needed.

As details of recovery programmes are discussed, there is a chance to expand the Green Deal further. The ‘moonshot’ effort to strengthen the regional economy, decarbonise, and increase long-term resilience stands the best chance of success if it follows two key principles.

First, recovery should come with conditions targeting an inclusive and sustainable economy. Governments should consider how to harness short-term crisis response to transform industries most in need of decarbonisation and resilience against climate risk. Targeted support for distressed industries, such as airlines, should come with climate-positive strings attached. But over the longer-term, the scope for Green Deal intervention is much wider.

Europe has just under a quarter of global renewable generating capacity and saw the second highest increase (after Asia) in 2019. A collapse in energy demand, and consequently of energy prices, could favour renewables – now consistently producing electricity at a lower cost than fossil-fuel alternatives. However, the crisis will hit supply chains, and uncertainty could see firms stall capital investments. As well as providing patient, long-term loans, public support should focus on restoring confidence by integrating renewable sources into the grid. In Europe, that means cross-border integration; like everywhere else, it also means supporting electricity storage.

Converting and retrofitting old buildings for higher energy efficiency is an obvious target for major public investment. Further, public investment should galvanise a transition in heavy industry, through public procurement with green conditions on the one hand, and re-training to build the skills required for circular economy business models on the other.

That connects to the second principle: synchronise the various national strategies and plans that already exist across the region.

Mutual support and coordination across the bloc is essential. Early in the crisis, a group of countries badly hit by the virus and currently facing high levels of debt pushed for mutualised assets – come to be known as ‘coronabonds’ – to raise finance and share fiscal costs at the Eurozone level. However, such proposals encountered staunch resistance among primarily northern European countries, who favour using the ESM. That association has already produced discontent towards the agreement in southern Europe, arguably where support is most needed. Disagreements over the role of grants in the proposed recovery budget have also hindered progress. These tensions show that the recovery and Green Deal must offer a positive vision to all European countries, or all efforts will be lobbied out of existence.

Bringing national strategies more directly under a regional umbrella would complement regional-level mechanisms for raising investment. The EU budget currently represents only 1.02% of countries’ national income for the 2014-2020 period, inadequate for crisis spending. It could, however, establish a solidarity fund to support countries negatively affected by shocks, including climate-related shocks, and be combined with credit for longer-term investments. Reforming the EU’s fiscal framework could also defuse disagreements over sharing fiscal costs while incentivising green investment. Suggestions by the Italian government and plans mooted at the Commission are a step in the right direction.

There are significant risks to the success of the current Green Deal, let alone an expanded programme, but the coronavirus emergency has once again revealed government’s irreplaceable role as the final guarantors of the public good. Sharing the burden of combating the coronavirus could set an inspiring precedent for a just transition to combat climate breakdown—which will have fare more dire economic and health impacts than the current pandemic. If the current systemic shock of the coronavirus crisis jolts countries into action, maybe then they can create a truly European Green Deal.

Valerio Micale is a manager and Rob Macquarie is an analyst at Climate Policy Initiative, an analysis and advisory organization that works with governments and investors to drive economic growth while addressing climate change